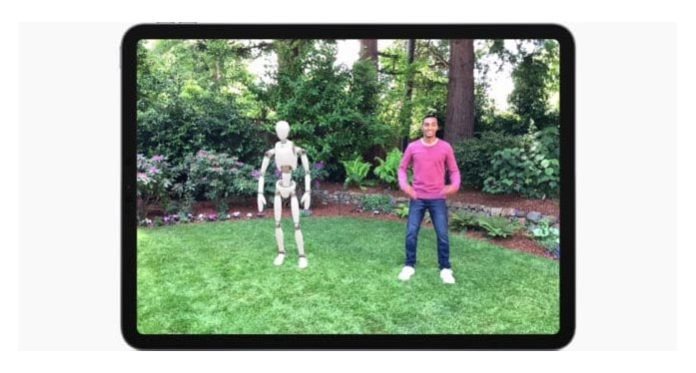 Apple ARKit 3 is a new version of Apple’s Augmented Reality Application Development Framework, unveiled at WWDC 2109. It introduces many major innovations for augmented reality, and it’s a real surprise on the part of Apple. Apple…

As part of its annual developer conference, WWDC 2019, Apple has announced ARKit 3. This is the new version of Apple’s ARKit Augmented Reality Framework, launched in 2017 and enabling applications to be developed. AR for iOS. This new version introduces several major advances. 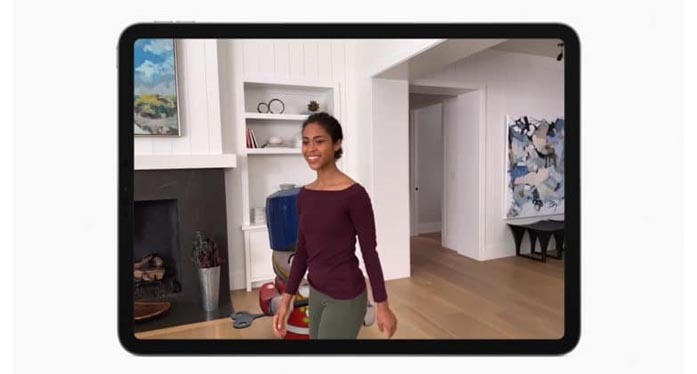 First, this third iteration of the framework allows body tracking and occlusion. This now makes it possible to place augmented reality objects in front of or behind people in a realistic way. This is a massive improvement for ARKit, which previously allowed iPhone to place virtual objects on flat surfaces using computer vision technology.

It is this same technology that now allows ARKit 3 to understand the position of people in the space visible by the camera. Thus, the system for placing objects in front of or behind people according to the distance that separates them from the device. Augmented reality will therefore be much more credible.

Better still, thanks to the tracking of the body, it is now possible for the user to interact directly by gestures with virtual objects. ARKit 3 allows the tracking of a virtual “copy” of the person filmed by the iPhone. Thus, it is for example possible to reproduce the movements of the body of the latter on an avatar for video games or other types of applications.

Many new features and improvements

In addition to these new features, ARKit 3 will allow simultaneous capture of the front camera and back camera of the iPhone , motion capture, faster reference image loading, automatic detection of image size, better visual consistency, and improved 3D object detection.

The multi-face tracking is now supported, and it will be possible to launch collaborative sessions. Up to 100 images can be detected. The framework will also allow HDR environment textures. Finally, Apple unveils the AR Coaching user interface for augmented reality. 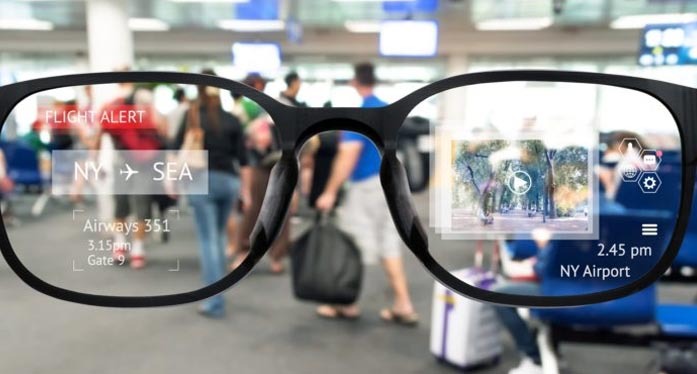 Although it is no longer a secret that Apple is preparing augmented reality glasses, no one would have really suspected that Apple’s research in the field of augmented reality was as advanced. The Californian firm has bought many startups dedicated to augmented reality in recent years without revealing these projects, and the veil finally rises on Apple ARKit 3.

Thus, this new version of the framework is somehow one of the biggest surprises of Apple for many years. This is perhaps the biggest innovation of Apple since the iPhone. At least, it is now certain that the ARKit for iOS framework is to pave the way for future Apple Glass glasses and their OS that will certainly be announced in a little over a year.

Occlusion and body tracking will be essential features for augmented reality glasses, since the user will wear them all the time. If the virtual objects are not superimposed on the people it meets, the realism of the experience will be totally ruined. Thus, Apple now has a head start over competitors such as Facebook or Microsoft. However, we do not know which cards these hide in their sleeves…