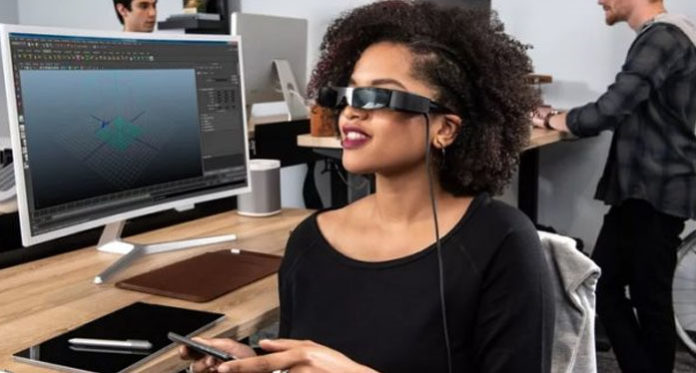 Epson launches the BT-30C: augmented reality glasses to connect to a smartphone or a PC in USB-C. Designed primarily for businesses, these AR glasses are a step closer to the democratization of this new technology.

Epson is one of the pioneers of the augmented reality glasses market. Its first model, the Moverio BT-100, was launched in 2011, before Google Glass or Microsoft HoloLens. Today, the company unveils its new frame: the Moverio BT-30C.

These augmented reality glasses clearly do not look like simple ordinary glasses. Their design is impressive, and their weight is still up to 95 grams. Nevertheless, they are still much more practical than previous Epson products. Indeed, while earlier models connected to an Android box, the BT-30C connect directly to a smartphone or Windows PC USB-C.

It should be noted however that this device is not as technically advanced as Microsoft HoloLens or Magic Leap One. Thus, the Epson glasses do not superimpose realistic digital elements to the virtual world.

The idea here is to display one or more screens in the user’s field of vision, and to allow him to control them using the smartphone. It is possible to display up to three applications on three different virtual screens. To switch from one to the other, the user has only to turn his head. 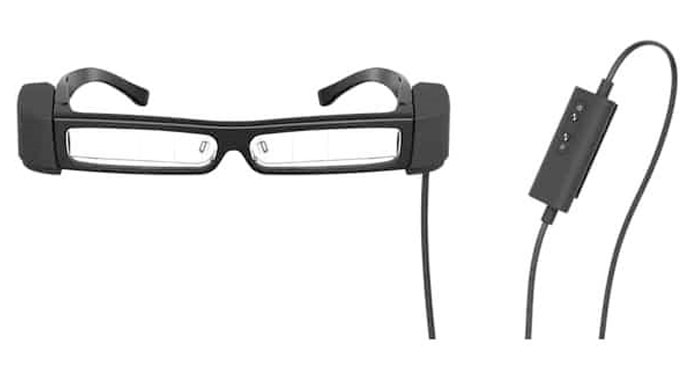 Epson BT-30C: a first step towards the democratization of augmented reality

Utility for the general public may seem limited, but Epson is aware of this. For the Japanese company, augmented reality is not yet a mainstream technology and will not be mainstream technology for three to five years. For now, the company’s products are mainly intended for companies whose employees can use it to keep their hands free while using computers.

Nevertheless, this new model is a first step towards democratization. Epson presents the BT-30C as an ideal device for individuals who want to enjoy a portable and private screen to view the content of their smartphones and PCs. In addition, with a price of $499, these AR glasses are more affordable than previous models such as BT-300 priced at $699. 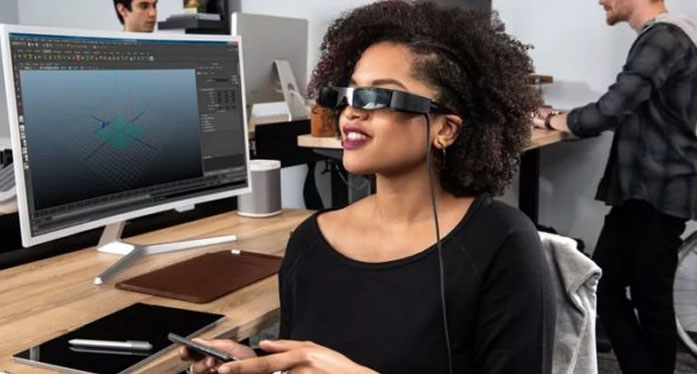