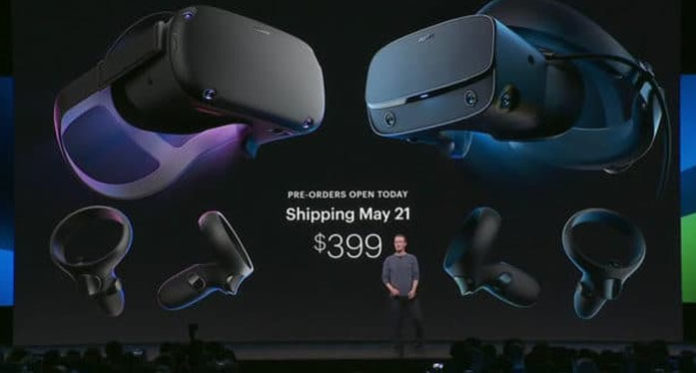 We finally know the release date of two long-awaited headsets, the Oculus Quest and Rift S. The pre-orders are already open and deliveries are scheduled for May 21.


Oculus has made us salivate since the announcement of the Oculus Quest (formerly called Project Santa Cruz), a high-end standalone headset offering 6 degrees of freedom and the Rift S, the improved version of the Rift.

Initially announced for the first quarter of 2019 and then in the spring of this year, the two headsets will be released simultaneously on May 21st. Preorders are already available for the most impatient.

May 21 release of the Oculus Quest and Rift S 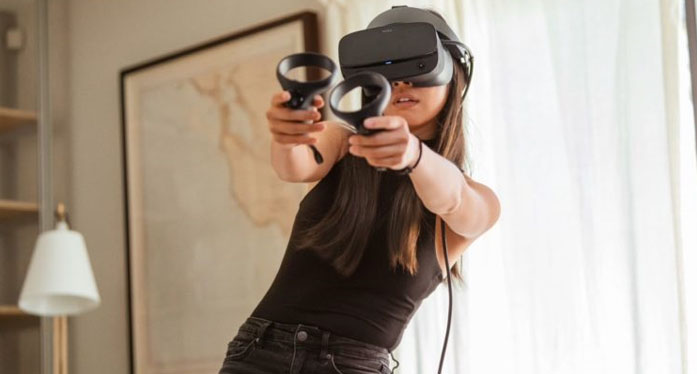 Oculus has chosen the date of Tuesday, May 21 to officially launch its two new virtual reality headsets. The subsidiary of Facebook indicates that these devices are available today, pre-order on their site. You can place your order of the Oculus Quest here and the Oculus Rift S here. Both VR headsets are priced at $399. Learn more about Oculus Quest vs Oculus Rift S.

Both headsets use Oculus Insight tracking technology without external sensors. In-headset cameras make it possible to follow the movements and the environment. A welcome upgrade that greatly facilitates setup and allows you to use it almost anywhere. The subsidiary of Facebook has also relied heavily on a large catalog of games and high-end applications for the launch of headsets. 50 different titles are available for the Quest including the inevitable Beat Saber but also Creed, Journey of the Gods, Space Pirate Trainer, Sports Scramble, etc. The Oculus Rift S will benefit from the entire Rift catalog.

The Oculus Quest is a standalone headset that does not require any cable or smartphone. Successor to the Oculus Go, his biggest difference lies in the fact that he manages 6 degrees of freedom against only 3 for the Go. This allows to move in the virtual space. Note, however, that the Quest cannot be used outdoors. A big effort was made on the catalog with the adaptation of many flagship titles of virtual reality. It uses Oculus Touch controllers from the Rift. You can pre-order it today for $399 on the Oculus website or on Amazon or Fnac. Delivery is scheduled for May 21st. Learn more about the Oculus Quest.

The Oculus Rift S: the evolution of the Rift

We can say that the Oculus Rift S is a natural evolution of Rift, a version 2.0. Screens and lenses have been improved to provide better resolution. Above all, this new version uses 5 cameras for tracking movements which greatly facilitates its installation. It is necessary to count on a particularly robust PC to make it work in particular as regards the graphic card. The Oculus Rift S is also available for pre-order on the site of Oculus, Fnac and Amazon for $399. The first deliveries are planned, too, on May 21st. Everything about the Oculus Rift S. 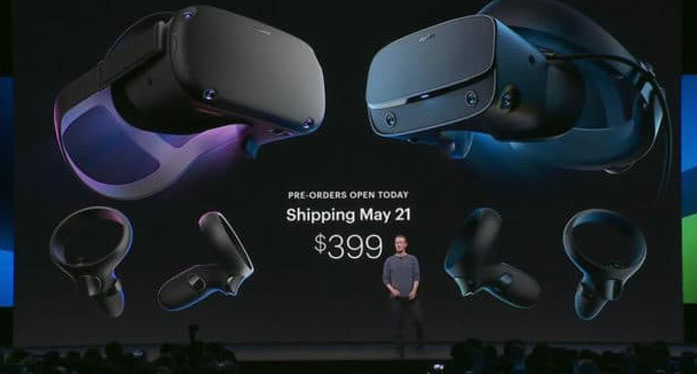