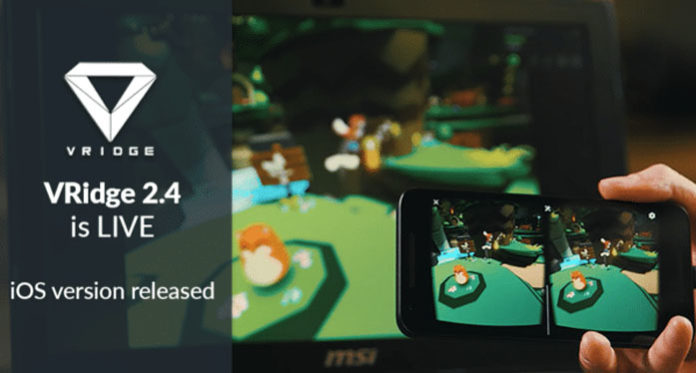 Riftcat VRidge is finally available on iOS. Just like on Android, iPhone users will be able to virtual reality games for PC on their smartphone through streaming…

Since 2016, the application RiftCat VRidge for Android allows to play VR games for PC streaming on smartphones. Unfortunately for the owners of iPhone, this software was not so far available on iOS. It’s done now!

Promised by RiftCat for a long time, the iOS version of VRidge is finally available. For example, Apple smartphone users will be able to play virtual reality games for PCs such as the Oculus Store or Steam VR.

The application makes it easy to stream VR content from a PC to an iPhone. It is then enough for the user to place his smartphone in a mobile VR headset such as the Google Cardboard ( or any other VR headset for iPhone ), to immerse himself in virtual reality.

As you can imagine, the experience is far from that of a true PC headset like the Oculus Rift or the HTC Vive. Indeed, unlike these devices, it is important to emphasize that VRRidge does not allow position tracking.

Recently, VRidge also allows other smartphones to be used as 3DoF motion detection controllers. In fact, if you have one or two additional smartphones available, you can also play experiments requiring controllers such as the famous Beat Saber…

VRidge is available for free if you are going to be content with short 10-minute sessions. However, to enjoy unlimited access, you will have to pay $14.99. Overall, this app is handy if you do not have any VR headset for PC. However, with the advent of affordable and powerful autonomous VR headsets, like the Oculus Quest, this software will lose interest in the coming months… 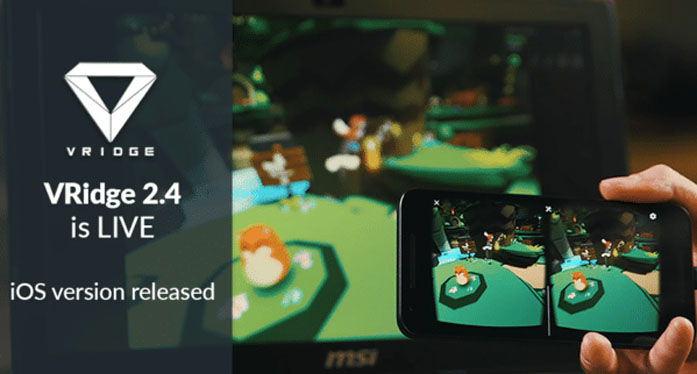 Article Name
Riftcat VRidge on iOS: How to play VR PC games on iPhone
Description
Riftcat VRidge is finally available on iOS. Just like on Android, iPhone users will be able to VR games for PC on their smartphone through streaming.
Author
The VR Headset
Publisher Name
Free Tech Media Ltd.
Publisher Logo