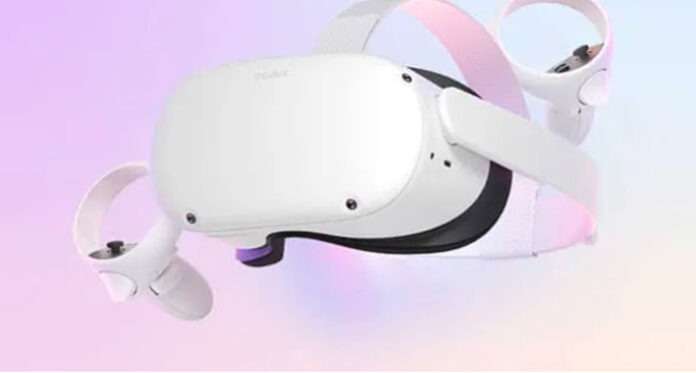 The Oculus Quest 2 is on the eve of an official presentation at the Facebook Connect event. Here is a summary of all the information (verified or not) released so far.

Without cables, the Oculus Quest 2 allows its users to gain freedom of movement. This new device aims to offer players a nomadic headset that replaces a portable game console. It is able to operate without being connected to any smartphone or PC. Bloomberg’s original report sheds light on the peculiarities of this device.

The current Oculus Quest has forged a new category of headset for virtual reality. Compared to the latter, the Oculus Quest 2 VR headset has a reduction of around 10 to 15% in terms of weight and bulk. Images unveiled by WalkingCat reveal a slightly smaller, more streamlined headset. From the first images, we can say that the current model is approaching 500 grams. Besides being lighter, it makes the VR headset more convenient to wear. That’s not all, the straps have also been studied to offer an attractive design and comfort of use.

In addition to the frosty white color, this new device includes: a dual microphone, integrated audio technology, Fresnel lenses, as well as a fabric interior surrounding the lenses.

Instead of being vertical, the USB-C port has also changed places and is located horizontally.

It is very likely that the Oculus Quest 2 VR headset is equipped with a Qualcomm Snapdragon XR2 chip, which is more powerful than the Snapdragon 835 chip in the current Quest. This would allow the helmet to enjoy better quality graphics. This processor offers maximum resolution and requires a minimum memory of 128 GB with a RAM of 6 GB.

By examining the offers of virtual headsets on the web, we can get an idea of ​​the price of Oculus Quest 2. Take for example the case of the Oculus Rift. It kept its price of $399 during its evolution in Rift S. The first Quest was also offered at $450 in the 64 GB version, while the version with 128 GB is sold at a price of $560.

Some observers expect the price of headphones to drop a bit, however. This is to compensate for the cessation of production of the Oculus Go, the most affordable model. In addition, the prices would also be more attractive compared to the on-board storage space.

The Oculus Quest 2 was reportedly launched in September 2020, but following the COVID-19 pandemic, delays are being reported in the supply chain. This virtual reality headset is not due out until March 2021.

The battery life, which is between 2-3 hours on the original Oculus Quest, could be improved as well. Considering the size and weight reduction of the headset, the 3648mAh battery found in the original Quest remains the same as with the Oculus Quest 2. Since this virtual headset is more modern, it offers an hour more autonomy.

This helmet has adjustable lenses with 3 different positions: 1-2-3. In other words, it is now possible to manually adjust the lenses to three different spacing values ​​by sliding the optical units “by hand”. If the proposed setting is less fine, people with an extreme IPD can then use the headset without discomfort. 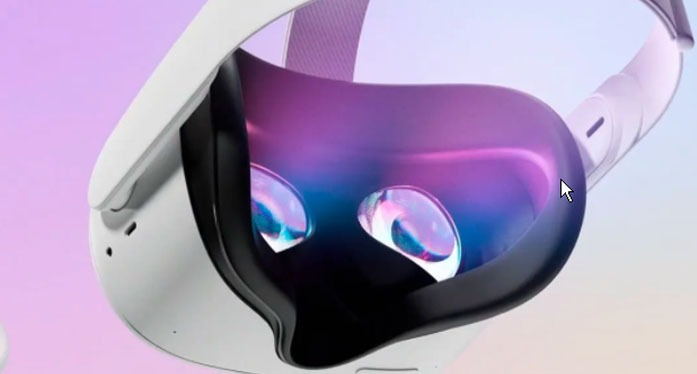 One of the biggest advancements of the Oculus Quest 2 is its controllers. Like its predecessor, this virtual reality headset comes with two Touch controllers. To guarantee the tracking of movements, these joystick controllers are equipped with LEDs. That’s not all, developer Gerald McAlister discovered a driver file under the reference Oculus Jedi Controller for Oculus Del Mar. This Jedi driver seems to indicate a 60Hz IR LED mode. Naturally, doubling the tracking rate leads to smoother, more natural movement in-game. The latter also reduces the time it takes for the headset to regain connection with the controller when it briefly goes out of sight. This process can minimize the latency for controller less tracking.

Other changes include an improved accelerometer and gyroscope that provide more accurate tracking of controllers even when not in sight of the helmet cameras. Haptic feedback presents a great opportunity, as the lack of haptic granularity in the current Oculus Touch controller has been a constant complaint.

Finally, the new controller is equipped with capacitive sensors: a menu button, an analog stick placed at the thumb, a trigger for the index and middle fingers, buttons A, B, X and Y.

With its high resolution screen, its highly efficient autonomous tracking system and its built-in speakers, the Oculus Quest 2 reflects the future of VR. It confirms the major development represented by autonomous headsets. This “all-in-one” device allows you to discover, to live a sensory experience and to invade the user with a feeling of immersion. It is one of the best ways to dive into the world of virtual reality while enjoying optimal comfort for a successful experience. The sensors introduced in the Oculus Quest 2 headset work together with the VR controllers to detect hand and body movements. It does not have a cable to trip over or an external sensor to install. Also, it does not need a gaming PC to allow its user to play some of these favorite VR games.

The Oculus Quest 2 virtual reality headset is convenient to carry and works without any configuration required. The latter is also perfect for companies wishing to do a lot of demonstration.

The Quest headset is Facebook’s biggest VR hit to date. The new version of the headset is fundamentally not a product, but appears to be a refinement of the Quest experience. It still has four cameras and two Touch controllers. While Facebook can choose to stop selling Quest, there is no indication that any new games will be released just for Quest 2. Developers can still ship their apps to a different user base. Since there don’t appear to be any drastic changes to the controllers, developers should be able to target both headsets without specific changes.

The difference between Oculus Quest 2 and Oculus Go?

Oculus Go is an all-in-one standalone headset. Storage and computer hardware are integrated inside the device. The latter is dedicated to the consumption of media making it possible to view passive immersive content as well as regular media on virtual screens. Autonomous, the Go does not connect to a PC, except to install various applications via USB file transfers. This virtual reality headset only provides rotation tracking, but no position.

Like the Oculus Go, the Quest 2 will do without cables and sensors to install. The helmet comes with four cameras that can control tracking from outside to inside and vice versa. The device is also equipped with two Touch controllers representing your hands in VR. The oculus Quest is dedicated to those who are interested in virtual reality games and interactivity. Thanks to its touch controllers and position tracking, the oculus Quest 2 virtual reality headset immerses the user in a much more immersive experience.