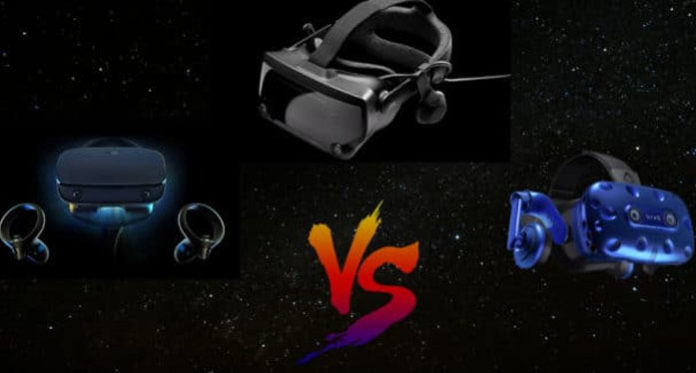 The Valve Index, Oculus Rift S and HTC Vive Pro are the three benchmarks for the PC VR Headset market in 2020, but what’s the best of the three? Answer through our detailed comparison.

Since its launch in 2018, the HTC Vive Pro reigns supreme in the market for high-end VR headsets for PC. However, in the coming weeks, the Taiwanese machine will have to face two new competitors who could well dethrone him.

On May 21, 2019, Facebook will launch the Oculus Rift S: an improved version of the Oculus Rift including a new tracking system without external sensors. For its part, the creator of Steam, Valve, has just announced the launch of the Valve Index for July 1, 2019.

These two VR headsets for PC have features worthy of the Vive Pro, and may even exceed it on certain points. In this context, the time has come to compare these three products to determine what is, really, the best PC VR headset of 2019.

Design and comfort: the Oculus Rift S stands out 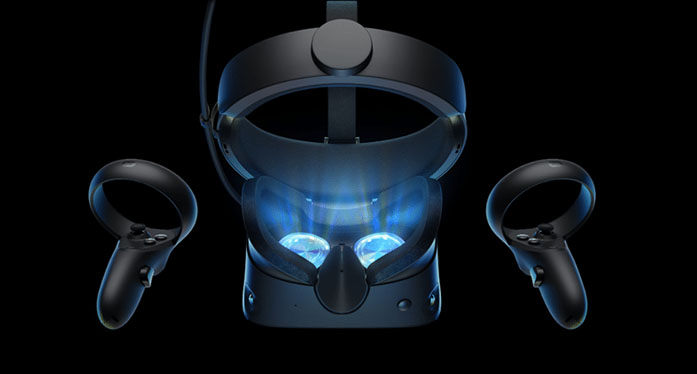 Each of these three headsets has a different design. The HTC Vive Pro and Valve Index both attach to the user’s head using tapes to pass around the user’s head.

For its part, Facebook opts for a halo-shaped headband for the Rift S, designed in partnership with Lenovo. This design reduces the pressure on the user’s face. In terms of design and comfort, we can consider that the Rift S wins. However, these three devices have a design worthy of high-end products and can be adjusted using knobs.

Regarding the audio part, the Rift S includes small speakers directly integrated in the headband to deliver stereo sound. However, a 3.5mm jack is also available to connect headphones or headphones.

For its part, the Vive Pro is equipped with an embedded audio headset that can be positioned by the user according to his preferences. This is also one of his main differences with the first Vive who was content to take Jack.

Finally, the Valve Index is distinguished by a particularly original on-board audio headset. This one is not in direct contact with the user’s ears, and delivers a specialized sound of a surprising quality…

Connectivity and simplicity of installation: the Rift S prevails

The three headsets of this comparison must be connected to a PC to work. However, the connection varies from one device to another.

Finally, the Oculus Rift S opts for a more simplistic approach with a cable that connects to USB 3.0 and HDMI. The Rift S is the simplest headphone to connect, but its two rivals are not very complicated to connect.

Screen and image definition: the Valve Index is essential 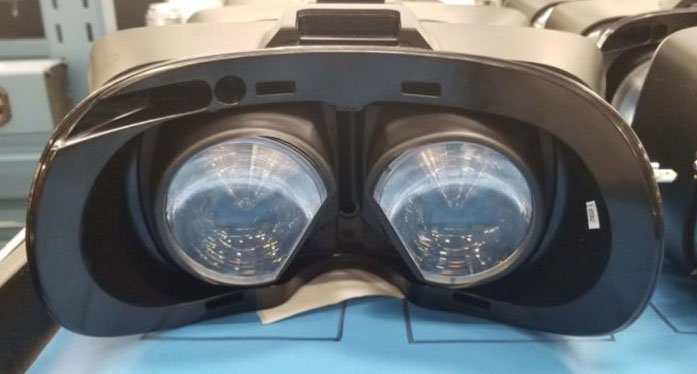 Obviously, the screen is one of the most important elements of a virtual reality headset. It is through this screen that the user will immerse themselves in the virtual world. However, the Vive Pro, the Valve Index and the Oculus Rift S all have a very different screen.

The Oculus Rift S is equipped with a 2560 × 1440 LCD screen, with a refresh rate of 80 Hz. The definition is therefore higher compared to the first Rift, but the refresh rate slightly decreased. Anyway, the new lenses embedded by this headset reduce the effects of reflection that could be deplored on the first model. On the other hand, an LCD screen cannot offer blacks as deep as an OLED screen.

For its part, the Vive Pro has two AMOLED screens with a total resolution of 2880 × 1660 and a refresh rate of 90Hz. One of the disadvantages of OLED displays is the gate effect that can impact the experience in VR, but the definition of Vive Pro eliminates this problem.

Finally, the Valve Index surpasses its competitors in this area. The device is equipped with two LCD screens offering a combined definition of 2880 × 1600, similar to that of the Vive Pro. However, its LCDs display more subpixels than the pentile OLED displays. Clarity is increased.

In addition, the Valve Index offers a refresh rate ranging from 120H to 144Hz (provided you have a machine powerful enough to support such a frequency). The image is therefore much smoother than on other headsets. To top it off, the Valve Index screen offers a 130-degree field of view as opposed to 110 degrees for the Rift S and Vive Pro.

The tracking system is also very important on VR headsets for PCs. This will determine the user’s freedom of movement and action within the virtual reality, and the precision with which his actions will be tracked and transcribed.

The HTC Vive Pro and Valve Index, like the first Oculus Rift, are based on an “outside-in” tracking system that requires the use of external sensors. These sensors must be arranged around the play area delimited by the user.

Both headsets use the same tracking system: SteamVR Tracking (1.0 and 2.0), developed by Valve. The sensors to be arranged in the room are the “Ligthhouse” stations. Just place two of them at two opposite corners to delimit a large space of play and follow the movements of the headset and the controllers at 360 degrees. However, the installation and configuration process can be long and painful.

It is based on the five cameras on the headset, which will allow to map the real environment of the player in order to transcribe his movements and those of the controllers in the VR. There is no need to have sensors in the room, and the installation is greatly simplified. After delineating his playing space with the help of the controllers, the player can directly immerse himself in the virtual world.

However, knowing that there are no cameras in the back of the player, the Rift S does not offer back tracking. It is necessary for the headset to “guess” the players’ backward movements, and room-scale tracking may be imprecise. 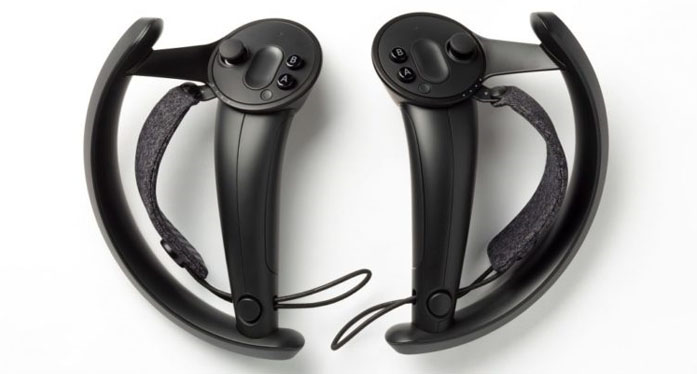 The Vive Pro works with the same Wand controller as the first HTC Vive. So we find a trigger, two side buttons, and a touchpad. This controller is rather limited because it simply does not allow you to use your fingers in virtual reality. On this point, the Vive Pro is therefore behind compared to its competitors.

For its part, the Rift S comes with new Oculus Touch controllers with a more ergonomic design. These accessories are equipped with side buttons, triggers, two three buttons and an analog joystick. The buttons being capacitive, the user’s thumb and forefinger are detected automatically even when they are not pressurized. It is thus possible to point fingers in the VR.

However, the Valve Index controllers are far superior. First, straps allow to keep them in the hand of the user without having to keep them. In addition, thanks to different sensors and capacitive buttons, the accessory is able to follow each finger independently. It is therefore possible to use each finger in VR realistically and naturally.

This is a real advance for virtual reality, and it goes without saying that the Valve Index overflows its two competitors on this point. However, it should be noted that the controllers can be ordered separately and can be used with HTC Vive/Vive Pro. 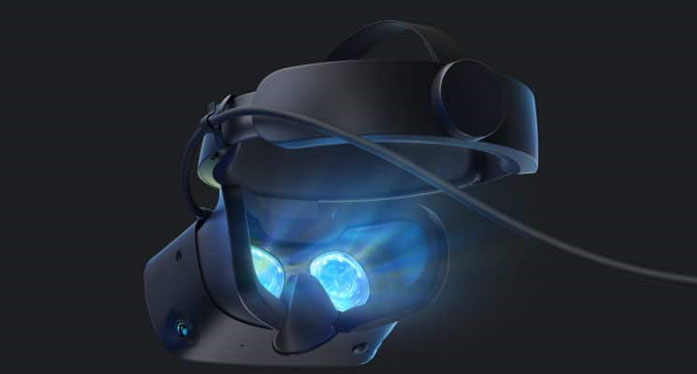 Let’s move on to the thorny issue of price. In this area, the Oculus Rift S is doing well. Offered in market for only $399, this headset is by far the cheapest of the three. For this price, you will receive the headset, its controllers, and all the necessary equipment for its operation. In addition, this device does not require a particularly powerful PC to operate.

The HTC Vive Pro and the Valve Index, on the other hand, are significantly more expensive. The HTC Vive Pro alone costs $499. The Starter Kit, which also includes SteamVR 1.0 stations and two controllers, is available for $749.

The Valve Index alone is priced at $499 with two controllers. For the complete kit with headphones, controllers and SteamVR 2.0 stations, count $1000.

In addition, given the definition and refresh rate of their screens higher than the Rift S, these two products require a more powerful PC and therefore more expensive …

It is difficult to decide between these three VR headsets, each of which has its advantages and disadvantages. The Oculus Rift S stands out for its more affordable price, and its inside-out tracking system without external sensor is much more convenient and intuitive.

However, in terms of performance, the Rift S is lagging behind. On this point, the Valve Index wins with its superior field of vision and its controllers offering an individual tracking for each finger.

For its part, with performance similar to the Valve Index and a higher price, the HTC Vive Pro now lacks arguments in its favor. In conclusion, we recommend the Oculus Rift S if you want a headset with performance (very) correct for an affordable price. On the other hand, if you are looking for the most advanced product on the market, we suggest you turn to the Valve Index. 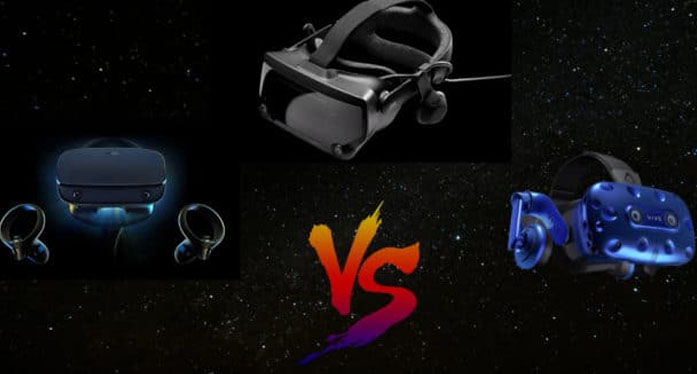