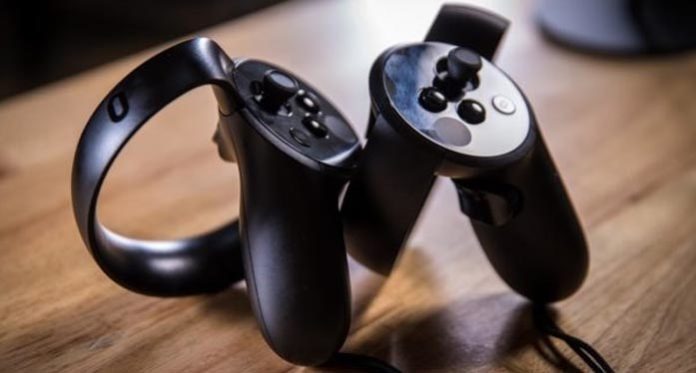 The Oculus Touch is the official controller of VR Oculus Rift, Rift S and Quest headsets. Find out everything you need to know about this accessory that makes virtual reality even more immersive.

When it was launched in March 2016, the Oculus Rift only came with a Microsoft XBox controller. With the launch of the Oculus Touch controllers in early 2017, the immersion sensation offered by the VR has been significantly increased.

Oculus Touch is a motion detection accessory specifically designed for virtual reality. Their main interest is to allow the user to use his hands and fingers in a relatively natural and intuitive way within the virtual reality rather than just pressing the buttons on a controller.

The user holds an Oculus Touch in each hand, but both are ultimately used as a single joystick that would have been cut in half. In addition to the hand and finger tracking feature, there are also analog sticks, buttons and triggers for more interaction in games.

How does the Oculus Touch work?

The Oculus Touch combines the functionality of a traditional video game controller with Motion Tracking technology similar to the Oculus Rift headset.

Each controller combines an analog joystick, two buttons, a trigger for the index and a second trigger to activate by pressing the other fingers on the handle.

In addition to these “standard” controls, each Touch embeds various capacitive sensors to locate the position of the fingers of the user. The controller can thus determine if the player’s index is set on the trigger and if the thumbs are in contact with the buttons or the joystick.

This allows the user to use his “virtual hands” in video games. He is able to point fingers, close his fist, press a button with his index finger or seize objects.

In addition, each Oculus Touch controller embeds a “constellation of LEDs” invisible to the naked eye. These diodes allow the Oculus Sensors sensors to track the position of each controller.

The player can move his hands in the real world and in the VR simultaneously, with six degrees of freedom of movement. It’s the same system that drives the Rift tracking, which also has LEDs under its visor.

Oculus Quest and Rift S: a new version of the Touch 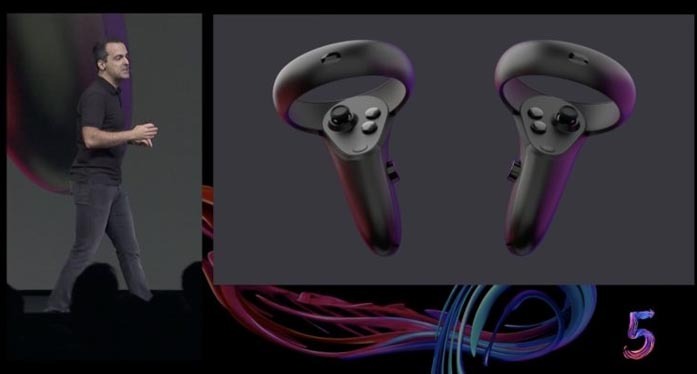 With VR Oculus Quest and Oculus Rift S headsets launched on May 21, 2019, Facebook has chosen to introduce new Oculus Touch controllers. This new version offers exactly the same features, but its design has been modified to meet the needs of the new Oculus Insight tracking system introduced with these two devices.

On the first version, there was a constellation of infrared LEDs on the loop under the controller. On the new version, the loop is located at the top so that the LEDs can be detected by the cameras integrated into the headset without any risk of obstruction.

Indeed, the tracking system Oculus Insight no longer relies on external sensors to have in the room around the game space, but on cameras directly integrated under the front of the headset. The controller design has been adapted accordingly.

Why buy the Oculus Touch?

The Oculus Touch makes virtual reality far more immersive. In addition to having the senses misled by his Rift headset, the user is able to interact in a natural way using his hands. The illusion is reinforced.

Since August 2017, however, the Oculus Touch is supplied with the Oculus Rift. It is therefore unnecessary to buy the Touch separately if you buy the Rift today. Unless you opt for used equipment. 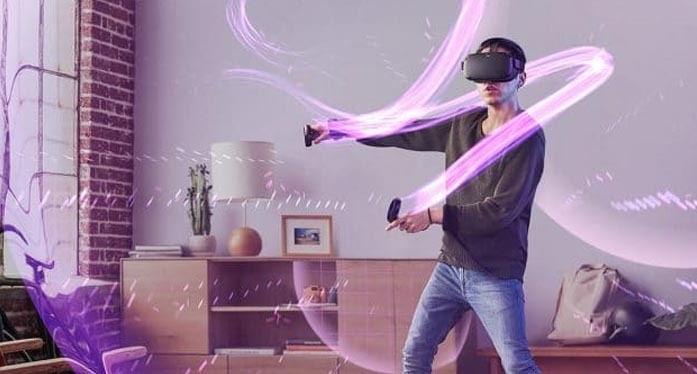 The Oculus Touch has several major advantages. First, as mentioned earlier, these accessories allow more natural controls in virtual reality. The user can point, catch, pick up and interact with the virtual world intuitively.

In addition, its two analog joysticks will allow regular gaming regulars to quickly find their brands. Again, this is an asset that do not have controllers Vive Wands HTC, which are content with a touchpad.

The Oculus Touch is also pleasantly light and comfortable. Its design inspired by the handle of a saber makes it very ergonomic. It is therefore possible to use it for several consecutive hours without experiencing physical fatigue.

Finally, let’s also mention the haptic feedback when the user touches a virtual object or interacts in the VR. This further increases the feeling of immersion. 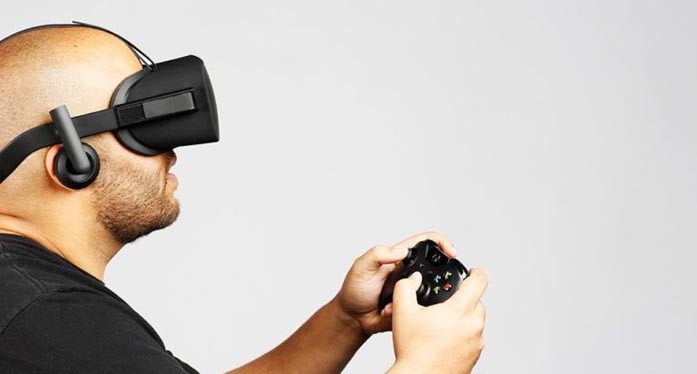 When the Oculus Rift was released, the Oculus Touch was not yet available. In fact, many games work without these accessories and it is possible to use other controllers as an alternative.

Likewise, the Rift was once supplied with the Oculus Remote. It is a small remote control to interact with the Rift. However, this accessory allows you to navigate the menus rather than playing video games. It only allows to point and click, and does not offer the same position tracking features as the Oculus Touch. The Oculus Remote is no longer shipped with the Rift, but can still be purchased separately.

In the near future, it is likely that the Oculus Touch will in turn give way to a new generation of controllers. For example, we can expect a democratization of haptic gloves allowing the user to use his hands and interact with virtual objects in a realistic way…