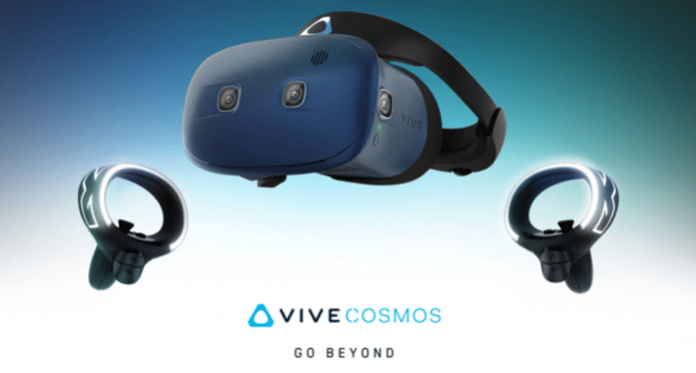 The HTC Vive Cosmos is a very mysterious VR headset, unveiled at CES 2019 in Las Vegas. Discover everything we already know about this enigmatic device.

At CES 2019 in Las Vegas, HTC Vive unveiled two new VR headsets. While the Vive Pro Eye is just an update of the Vive Pro with eye-tracking, the Vive Cosmos is a brand new device. During his presentation, few details were revealed, but more information was revealed over the months. Discover all that is currently known about the HTC Vive Cosmos.

HTC Vive Cosmos: a VR headset for PC and Smartphone

Unlike Vive Focus, the HTC Vive Cosmos is not a standalone VR headset. This is a VR headset for PC, just like the Vive and the Vive Pro. According to the website Ars Technica, the connection to the PC would be done using a VirtualLink connector.

However, HTC suggests that it can also be used with other devices for mobile use. In the CES 2019 presentation trailer, you can see a smartphone near the VR headset. We can deduce that it will be possible to connect the Vive Cosmos to a smartphone for use while traveling. Moreover, VirtualLink connectors (USB-C) can be connected to both a PC and a smartphone …

This would exploit the power of smartphones that we have in our pockets to power the VR headset. It would also be possible to take advantage of the new 5G network to display streaming content. Moreover, HTC often evokes its ambition to exploit the 5G to allow the streaming of the virtual reality. 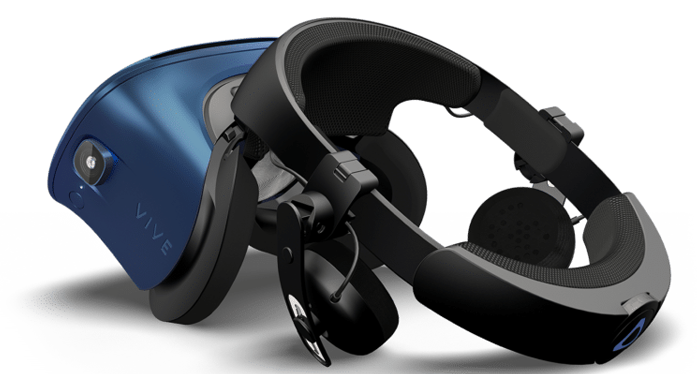 The official website of Vive Cosmos states that this headset is modular and customizable. This will most certainly be the main feature of this unit, although no additional detail has been revealed so far.

It can be assumed that a series of accessories will be proposed to personalize or improve the Vive Cosmos. For example, it may be possible to opt for a headset, to choose between different foam pads, to pay for corrective lenses, or for an eye-tracking module. Knowing that the facade can be removed easily, perhaps several interchangeable colors will be proposed.

This modular nature could also improve the components of the headset over time to increase its performance, like a PC. For example, it might be possible to replace the processor, the screen or even add RAM. 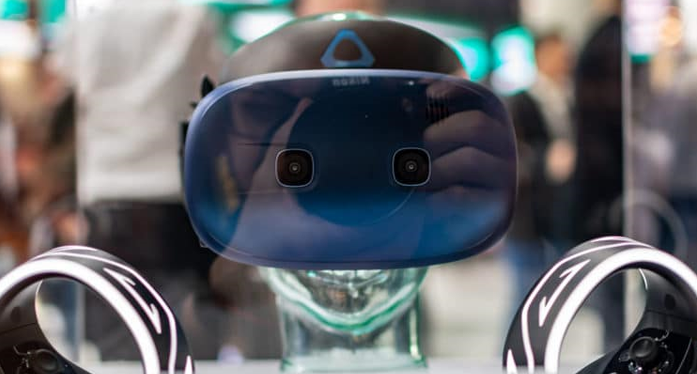 This means that the movements and position of the headphones and controllers will be followed by the four cameras built into the front of the headset. There will be no need for external sensors.

The use and installation of Vive Cosmos will be greatly simplified. Nevertheless, the tracking will be 6DoF and players will enjoy a freedom of movement at six degrees. Their movements will be followed at 360 degrees in the room. 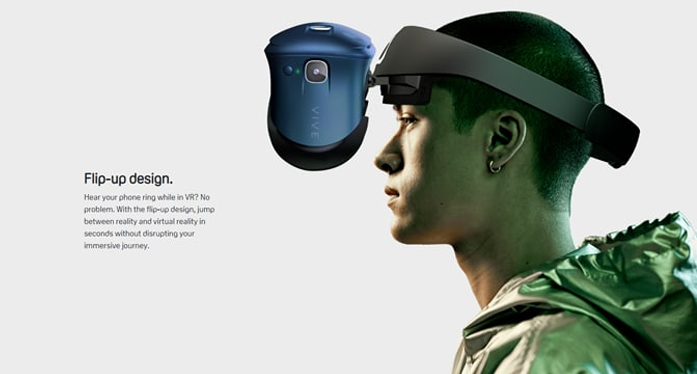 At the first glance, one of the highlights of HTC Vive Cosmos is its innovative design. Indeed, it is possible to raise the screen to quickly return to the real world.

To return to the virtual world, simply lower the screen. With this headset, there will be no need to tear the headphones off your head just to take a look outside or make three clicks on the PC!

HTC Vive Cosmos: new controllers similar to those of Oculus

The HTC Vive Cosmos also gets rid of Vive Wands controllers from HTC Vive. This VR headset has new controllers that look a lot like those of the Facebook Oculus Quest.

There is indeed a tracking ring that comes wrapping the hand of the user. In addition, the trackpad is replaced by an analog joystick. There are also two buttons and a Home button, as well as a trigger.

Ergonomics and interaction possibilities should therefore be greatly increased compared to Vive and Vive Pro. We also appreciate the pretty patterns that adorn these controllers.

HTC Vive Cosmos: a better screen than the Vive Pro 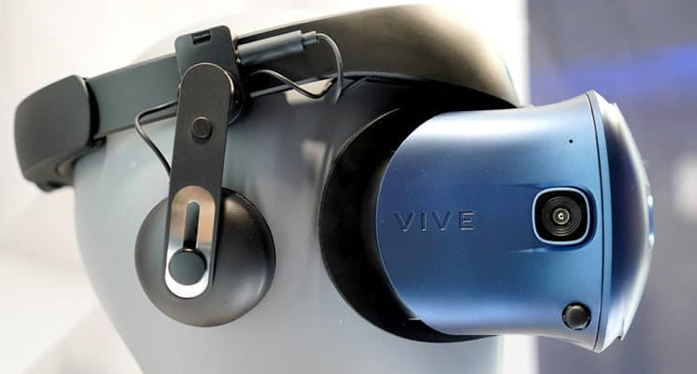 The technical characteristics of the Vive Cosmos have not yet been revealed. However, on the Cosmos website, we learn that it will offer “the most detailed screen so far”.

In addition to new hardware, the Vive Cosmos will operate under a brand new software platform. Unveiled at CES 2019, the Vive Reality System is an operating system designed for virtual reality.

This platform will act as both a user interface and a social network. Users will be able to buy and launch VR experiences, access a VR web browser, and get together with friends.

Regarding the price, no details have been communicated for the moment. If it is a device for the general public, it will probably be cheaper than the HTC Vive Pro at $988. However, if its screen is really better than that of the Pro, it could well cost even more.