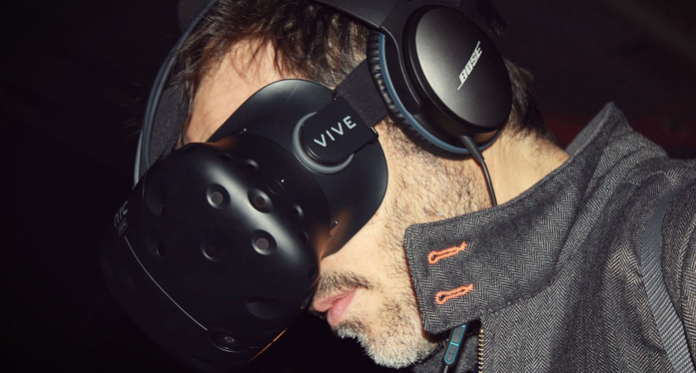 The list of HTC Vive games gets a big update almost every year. For this year, the developers offer you even more entertaining and immersive games available on this headset considered to be one of the best. To help you see more clearly, here is our top of the best games compatible with HTC Vive.

The HTC Vive is currently one of the most coveted VR headsets among gamers. The reason is that it turns out to be both powerful and practical. To make the most of this power, it is essential to have quality games. Exactly, here is our top of the best games compatible with this headset signed HTC to help you choose.

Until You Fall: One of Gamers’ Favorite HTC Vive Games

Until You Fall is a rogue like type action game. In this title, you will have to get closer to your opponent to inflict the maximum number of hits. This will not only allow you to knock it down, but also upgrade your weapons and skills as you go.

If Until You Fall is ranked in this list of the best HTC Vive games, it’s because it has a lot of strengths. It offers, among other things, a rather energetic gameplay. To play it, you must use the two motion controllers with a weapon in each hand.

This title looks like a rhythm game. You should know that each type of enemy attacks in a different way. You must therefore anticipate each movement to come. Until You Fall shows you how well the sword game works in virtual reality.

Gorn: a must for HTC Vive games

Gorn is a VR gladiator simulation game. It was developed by Broforce. Although some players don’t take this title seriously, it is still endlessly fun to play. In this game, you can defeat your enemies violently with different weapons.

So you will find maces, swords, knives, war hammers and much more. In short, you have a bit of everything at your disposal to win against your opponents.

Gorn is also completely physics-based. There are several ways you can interact with the game world and your enemies. Even though this game is considered violent and bloody, it’s still not too overwhelming.

Swords Of Gargantua puts you in the shoes of a monster slaying warrior. Much like Until You Fall, this game shows you just how great VR motion controllers are for emulating sword fighting.

The best part about this title is that it features haptic feedback support for swords. You will then have the impression of really swinging a weapon. You will also find in this game up to 100 solo missions and 30 weapons included.

It is not therefore the enemies to be killed that are lacking. In case you have enough of playing on your own, you can always go for a four player co-op game to fight off waves of enemies.

Raw Data is among the best HTC Vive action games available on the market. It transports you to the future, and you’ll be called upon to defeat an evil conglomerate as an agent of the underground hacking group SyndiK8.

You must then enter the walls of Eden Corporation to slaughter the enemies there. You should also collect and steal as much data as possible.

Obviously, the gameplay of Raw Data is action oriented while being stimulating. This gives you full control over a variety of nanotechnology weapons and powers. As for the science fiction décor, it is wonderfully well done.

Eagle Flight: one of the best HTC Vive games

Eagle Flight allows you to take control of an eagle that flies through the streets of Paris. It therefore shows you the exploratory assets of virtual reality. Animals rule this world because humans became extinct 50 years ago.

Since you will be soaring through the streets of the capital of France, Eagle Flight gives you a breathtaking view of historic sites, like the Eiffel Tower. The action comes when you have to fight other animals that try to enter your territory.

The air battles in this game from Ubisoft are simply thrilling. And it’s even better when you’re playing multiplayer. It must be said that this title offers you experiences that you will not find elsewhere.

Thumper: one of the most exciting HTC Vive games

If virtual reality is so exciting, it is because it is able to dominate the senses of any player. Thumper is concrete proof of this. It is indeed a game called “rhythmic violence”.

He thus puts the players in control of a metal beetle that runs along a psychedelic highway. This one will face gigantic monsters. To overcome these, players use simple and intuitive controls.

In this title, the boss fights are also really impressive, in addition to the game environments that look great in virtual reality. We must admit that Thumper is one of the HTC Vive games to try absolutely.

Beat Saber is a great rhythm game. In this title, you get to hit blocks with light sabers using a pair of HTC Vive controllers. All this is done to the rhythm of catchy instrumental tracks.

It’s true that walking through these blocks isn’t as much fun as killing a Stormtrooper, but it’s pretty much the same nonetheless. This title also offers up to ten impressive tracks.

There are also several levels of difficulty to master. It must be said that Beat Saber captured the magic of Guitar Hero that captivated the world at the time in the VR space.

By boarding an Elite Dangerous starfighter, you will be able to enjoy an exceptional seated virtual reality experience. This is a game developed by Frontier Developments. This studio planned to bring the game to VR from the Oculus DK1.

Elite Dangerous has the advantage of being one of the first HTC Vive launch games in development. Plus, it has a successful cross-platform version to its credit.

In short, this open-world space game can be a natural starting point for players looking for an experience that is both proven and refined.

Boneworks is a first person shooter, and therefore, an FPS. It is focused on the storytelling of Stress Level Zero. This is of course the same studio behind Duck Season. The title looks like a tech demo of what virtual reality is really capable of.

In this game, you are asked to solve puzzles, fight enemies and explore the world of science fiction creatively, all with the help of an advanced physics engine.

You can also interact with almost everything in the game world. This of course gives you a level of immersion that you will not encounter elsewhere. It must be admitted that it is the interactions in Boneworks that make it stand out from other HTC Vive games.

The Walking Dead: Saints and Sinners: one of the HTC Vive games you shouldn’t miss

Are you a big fan of The Walking Dead series? HTC Vive the Walking Dead: Saints and Sinners is sure to be a hit with you. It’s even by far the best Walking Dead game ever. In addition, it is in virtual reality.

The story of the game takes place in New Orleans. While the charming town is full of great food and party gems that many are familiar with, it’s overrun with zombies in this title. And the worst part is that you find yourself in the middle of warring factions in the city.

It should be noted that The Walking Dead: Saints and Sinners perfectly captures the dark and brooding tone of the television series. And the best part is, it offers a really compelling fight. This game lets you see how powerful virtual reality can be for gaming.