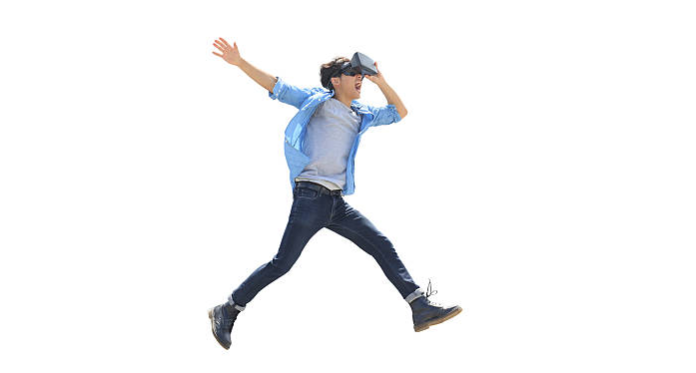 Now that Oculus Go is finally available, it means that thousands (if not millions) of people can get their hands on the most accessible way to get into VR, no matter where they are or what they do. Do not need a smartphone or PC, attach the headset to his face and take the controller.  We like this Oculus Go as shown in our test, but the big question is: which application to download? With over 1000 to sort, coming directly from the Gear VR and a lot of new experiences launched with the Go, what are the best apps?

Well, we give you the answer! Below, we have separated the categories with games released ever, games worn Gear VR/Daydream and applications such as social experiences.

Best games of the launch of the Oculus Go

Anshar Online is the third game from Ozwe, a studio accustomed to providing us with mobile VR ship games. It’s a mix of all the good stuff in Anshar Wars 2, but with more content and features. All missions are playable in co-op, which is great when you walk the sky with a friend, and there is even a competitive multiplayer mode. Moreover, he is lovely visually. Finally, it is playable in cross-play with the Rift, Go and Gear VR, which is an excellent feature.

Oculus was so busy promoting the hardware features of Go that they forgot to present the games. B-Team is a game developed by Twisted Pixel that is part of Oculus Studios that has already laid the excellent Wilson’s Heart and working on the spy game Defector. B-Team is more of a comedy action game and deserves your full attention since it came out of nowhere this week.

This game is a horror / mystery-solving experience taking place in a 1960s Chicago. You’ll be a reporter chasing a horrible serial killer, and you’ll have to stay alive. The same studio develops it as Dead Secret (Robot Invader), and the latter was one of the most impressive titles of Gear VR.

Republic VR is unique if you like stealth games worn on the story with a touch of RPG. It was designed by a team that has already worked on titles like Metal Gear Solid, Halo, and FEAR, making it one of the most promising games of mobile VR. It is separated into five episodes in all.

Coatsink is back with a somewhat atypical and charming experience. It’s the same team that made Esper, A night Sky and Augmented Empire, so that’s all but a first attempt on the part of the studio. Returning to the origins of the studio (Esper), They Suspect Nothing is a puzzle game sprinkled with humor and robots.

Halfway between a Tamagotchi VR and a pet simulator, Pet Labs puts you in the shoes of a magician charged with summoning and raising magical creatures. You will need to manipulate eggs, design potions and customize your creations. Top for kids!

I am the first to say that I do not want roller coaster in VR at all costs, but Coaster Combat is an exception. It has not only very well made tracks with new situation turns, but also it will,l shoot orbs and enemies on the way to accumulate points. Each record is procedurally generated, so you will never have the same track twice.

If you have already donned a helmet and walked a VR blind, then you probably have already seen or even tested a war shooter, zombies. It’s a bit of the butter of new VR developers. After, Drop Dead is different and convinces. The motion tracking controls work well, the co-op mode is super fun, and there are plenty of zombies to slaughter as you go through time.

There are a lot of space combat games in a pile. Anshar Online has been included mainly for its multiplayer mode, and End Space is almost part of the opposite side regarding gaming. It almost feels like a “lite” simulation of space combat, with a robust campaign mode including plenty of mission and upgrades. Excellent quality.

If we extract the concepts behind the Black Mirror type media, adapt it to a horrifying theme and take it out in episodic VR experience, then we have to Face Your Fears. Each vignette hits a phobia that people often have and exploits until the helmet ends up being torn off the head.

Keep Talking, and Nobody Explodes

The person in the helmet must disarm a bomb, and the only way is to listen to a friend who is in reality. Unfortunately, this friend does not know what you see, so it’s up to you to describe what’s going on. Add to that a few drinks and the experience quickly becomes a must to bring with you.

Ocean Rift is not a game in itself, but a safari / underwater zoo. If you love the ocean, marine creatures or want to have a gigantic aquarium on hand, then the experience is for you. It’s also an excellent way to introduce people to VR.

While we wait anxiously for a Harry Potter VR, Wands fills this void rather well. This is a magical combat game where you will be able to select a ton of spells and conspiracies to fight your enemies and defeat them.

One of the most missed genres of the Oculus Go is the RPG. We have plenty of shooters, puzzle game, an adventure game, but very little role play with an aspect focused on the action, exploration, and improvement of his character. And that’s where The Wells comes in. Designed by the developers behind Face Your Fears (and Left 4 Dead at the same time), the game offers a turn-based experience with breathtaking artwork.