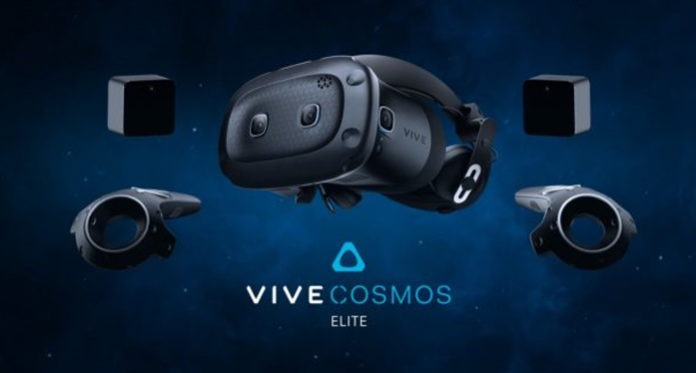 The new HTC Vive Cosmos Elite VR headset is available for pre-order now and the release date is official. On the other hand, if you are interested in the more affordable Vive Cosmos Play, you will have to wait a little longer…

While the first Cosmos was intended for the general public, this model is more aimed at businesses and professionals. It comes with a front compatible with SteamVR 1.0 and 2.0 tracking, two SteamVR 1.0 tracking stations, and two Vive Wands controllers.

Thus, this headset abandons the inside-out tracking (without external sensor) of the first Cosmos and revives the old outside-in method of the first HTC Vive. The controllers are also those of the old Vives.

With this configuration, professionals will therefore be able to benefit from more precise tracking. As of today, the HTC Vive Cosmos Elite is available for pre-order at this address for $899. The release date is scheduled for March 18, 2020.

As a reminder, HTC also announced a cheaper version of the Vive Cosmos. This is the Cosmos Play, which is content with four tracking cameras instead of six. Headphones are also missing, but a jack allows you to connect headphones or earphones.

This device should be offered for a price around $500 instead of $800 for the first Cosmos. However, the price has not been confirmed yet. For now, the Cosmos Play is not available for pre-order and its release date has not yet been announced.