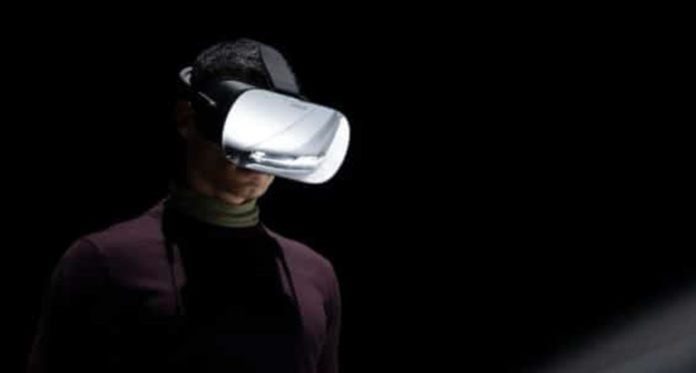 When we talk about virtual reality headsets, we think directly of Oculus and HTC devices. However, these two companies are far from the only players in the RV market.

There is a wide variety of PC headsets, and some can boast of Rift S and Vive Pro Eye in some respects. Discover the best headsets of virtual reality unknown…

Pimax 5K Plus, the best headset for VR gaming

If the Chinese manufacturer Pimax has managed to make a name for itself in the RV market, it is thanks to the technical strengths of its PC headsets. The Pimax 5K Plus is distinguished by a record diagonal field of view of 200 degrees. No other device competes for the moment at this level, and such FOV can increase the sensation of immersion in the virtual.

Its screen is composed of two 2560 × 1440 LCD panels, for a total resolution of around 5K (5120 × 1440 pixels). This definition is impressive, but it should be noted that the CLCD screens used provide less accurate color than OLED displays. Anyway, Pimax offers an XR version with OLED screens for a price of 899 dollars against $699 for the 5K Plus. The Pimax 5K Plus is an excellent choice for the most demanding VR players.

The HP VR headset is one of the best Windows Mixed Reality headsets, alongside the Samsung Odyssey +. Its performance is not exceptional, but its price / quality ratio is very satisfactory.

The simplicity of installation will also be appreciated by neophytes. Thus, even if the graphics are not as detailed as on the high-end headsets, it is a very good entry-level device offering comfort and quality for an affordable price.

With this product, you will also enjoy access to Windows MR, Steam VR, and HTC Viveport application catalogs. This device is no longer available on the HP website or on the Windows Store, but it is found at a very good price on Amazon. As an alternative, you can also opt for the excellent HP Reverb intended primarily for businesses.

The Lenovo Mirage Solo has some weaknesses, which prevent it from finding a place in the heart of the general public. It is primarily an experimental product, and is only compatible with the Google Daydream ecosystem.

However, we can only applaud the creativity with which Lenovo exploits the possibilities offered by technology here. This is one of the very first autonomous VR headsets (the first Daydream compatible).

It is also the first headset to use WorldSense inside-out tracking technology based on on-board cameras for position tracking. This VR headset is very interesting, although not suitable for gaming use.

Unlike the other VR headsets presented in this folder, the Veer Falcon is a smartphone headset. Like the Google Cardboard, he uses the smartphone of the user as a screen.

This device is therefore more affordable than VR headsets for PC, and is a good alternative for those who do not want to invest in a high-end product.

Nevertheless, the Falcon has several advantages over the most basic mobile headsets. The outside is draped with fabric, and an audio headset is embedded. There is also a controller compatible with certain applications.

This device is compatible with VR apps from the Google Play Store, and with those available on the Veer app. With the RiftCat VRidge app, you can also play SteamVR and Oculus games.

Of course, the quality of the graphics is much lower than the VR headsets for PCs . It is therefore important to determine whether your priority is the visual definition or the affordable price…

The VR-1 Varjo is the first VR headset offering a definition comparable to that of the human eye. It is intended for industrial design professionals , or for training simulation purposes requiring a high visual accuracy.

For better visual quality, the device combines several separate screens. In the center, the Focus Screen is based on 1920 × 1080 micro-OLED screens with a definition of 3000 PPI. Two other 1440 × 1600 AMOLED displays form the Context Screen and deliver less detailed images in the user’s peripheral field of view. Unfortunately, the field of view is limited to only 87 degrees.

Note the features of eye-tracking, this headset was the first to offer before the launch of the HTC Vive Pro Eye in 2019. If you want to acquire this jewel of technology, you will still have to pay nearly $6000.