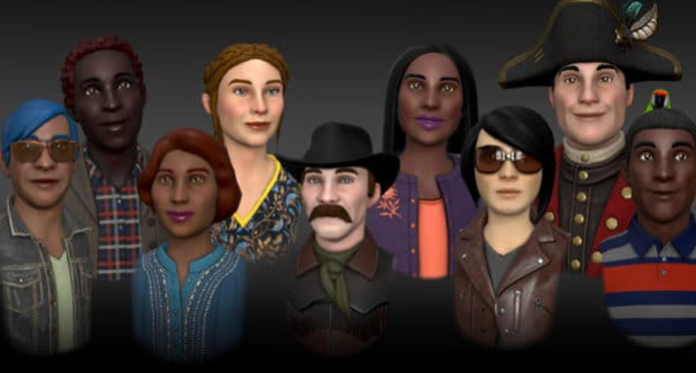 Good news for Oculus users: “expressive avatars” are finally available in virtual reality. From now on, the eyes and the movements of the avatars’ lips will be more realistic, just like their facial expressions.

At the end of 2018, as part of the Oculus Connect 5 conference, Facebook announced a major update to its Oculus Avatars virtual reality avatar system. This update “Expressive Avatars” is finally deployed from April 4, 2019, and significantly increases the realism of VR avatars.

First, the eyes of these new avatars behave realistically with micro-jerks, are able to follow an object of the eyes. Application developers can also specify which objects avatars should watch. Previously, avatars were systematically equipped with sunglasses to prevent their eyes from being seen.

The synchronization of the lips has been greatly improved. Previously, the lips were content to move according to the volume of the voice of the user. Now, thanks to Machine Learning, the lips of avatars perform more realistic and natural movements. Overall, facial nuances of avatars will be much more subtle.

In addition, new customization options have been added to the avatar editor. It is now possible to change the color of the eyes, lips, eyelashes and eyebrows. New haircuts, clothes and glasses have also been added.

Oculus VR: third-party developers can add expressive avatars to their apps for free

The new expressive avatars are now available on Oculus Home. On the other hand, third-party developers will need to update to integrate with their applications. This update is available for free now.

Several applications have announced that they will welcome expressive avatars in the coming days. This is notably the case of Poker Stars VR, Tribe XR DJ, and Epic Roller-coaster.

As a reminder, Oculus Avatars is cross-platform since last year. This means that Oculus’s competing platforms will soon be able to take advantage of these new features. On the other hand, the customization options will be reserved for Oculus users.

For Facebook, the next step in the path of ultra-realistic avatars is that of the complete representation of the body. This will improve the feeling of physical presence in VR, but represents many challenges. It is particularly difficult to represent a sitting or standing avatar and the transition between these two positions. The same goes for representing avatars as they bend or lower. In addition, it will be necessary to take into account the many different morphologies of human beings.