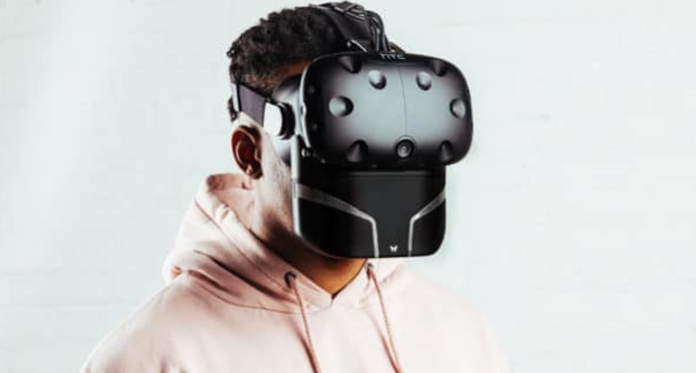 Feelreal VR is a mask that can smell odors in virtual reality. The product launch is scheduled for August 2019, for a price of $299.

Currently, VR headsets can simulate sounds and images to mislead the user’s senses. However, only sight and hearing are stimulated. The feeling of immersion is therefore still limited.

In the near future, gloves and haptic combinations should add the feeling of touch in VR. Similarly, Japanese researchers have developed a system to simulate tastes through electrical signals on the language of the user. However, it will probably take several years for this technology to be incorporated into consumer VR headsets.

On the other hand, the stimulation of the sense of smell in the virtual reality should very quickly be democratized. For several years now, Feelreal has been developing a “multi-sensory VR mask” to breathe odors into the VR.

This mask is snapped to a VR headset such as Oculus Rift, HTC Vive or PSVR and generates fragrances corresponding to the virtual environment. To achieve this feat, the device embeds interchangeable “aromatic capsules” able to release an odor according to what happens in virtual reality: forest, jungle, gunpowder … in addition, the device is also capable of emit fog, wind and vibrations for an even more immersive experience.

Feelreal VR: the price and the release date finally revealed

The first Feelreal Kickstarter campaign was launched in 2015. However, at the time, the firm had only half of its target of $ 50,000. However, water has flowed under the bridge since that time.

VR headsets like Rift and Vive are now available to the general public, and Feelreal is determined to raise enough funds to finance its project. A new Kickstarter campaign will be launched on April 9, 2019.

Contributors will be able to pre-order the kit for only $199, while the post-launch price will be $299. The different aromatic capsules are offered for $4.99 per unit. Each capsule can be used for about three months in the case of use of about two hours per day.

If the target of $20,000 is reached on Kickstarter, the launch of Feelreal VR is scheduled for August 2019. It will be necessary to choose the version corresponding to your VR headset. The firm also announces that a version compatible with the future Valve Index will be proposed soon. We can therefore hope for official support by Steam VR.