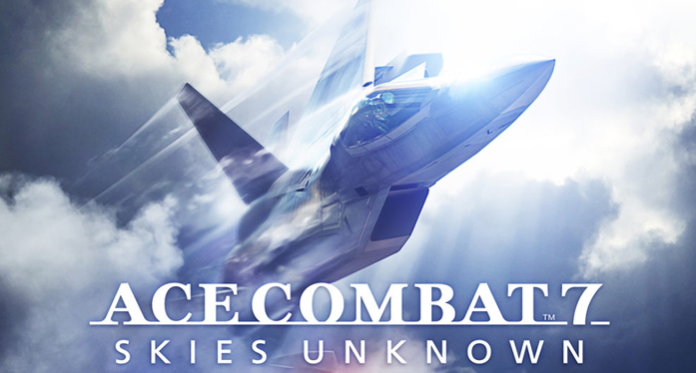 Ace Combat 7 VR is a masterful experience, which is unfortunately only available on PSVR. However, the game jacket for PS4 suggests that this content in virtual reality will soon be available on other PC headsets.

Since January 18, 2019, Ace Combat 7 is finally available on PlayStation 4 at a Price: 52.99$ (Buy Ace Combat 7 on Amazon). Owners of PSVR headsets who buy the game, meanwhile, can enjoy three missions in virtual reality. The game has been in our hands for a few days and while waiting for our full test, a little reminder about the playable content in virtual reality:

Although many VR flight simulators already exist, Ace Combat 7 is much more realistic and immersive. With a joystick, it really feels like being on the cockpit of a fighter plane and aviation fans will be in seventh heaven.

Unfortunately, even though the game is available on Xbox and PC, VR missions are exclusively for PlayStation VR. Owners of other VR headsets will not be able to enjoy this content … at least for the moment!

Indeed, on the jacket of the physical version of the game PS4, is a registration that suggests that this exclusivity is only temporary: ‘VR missions are exclusive to the PS4 until January 18, 2020’. It can, therefore, be clearly guessed that this VR content will be offered on other platforms after this specific date. Logically, users of Oculus Rift and HTC Vive should, therefore, be able to launch themselves in the air from next year.

As a reminder, most of the previous PSVR exclusives are also released on PC later. This is notably the case of Skyrim VR or Batman: Arkham VR. Similarly, the Borderlands 2 VR trailer also indicated that the game would be released on other platforms in the near future.