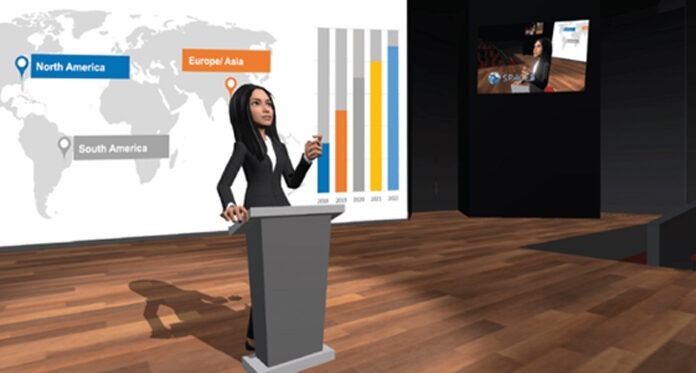 In recent years, it seems that virtual reality (VR) is in the sights of the Apple brand. Recently, Apple bought Spaces. Initially specializing in entertainment applications, this startup had developed a new VR videoconferencing technology allowing users to take the form of a three-dimensional avatar in the environment of their choice.

At the moment, the acquisition price of the startup is unknown. However, experts say it could reach hundreds of millions of euros.

Remember that this is not the first takeover of the Cupertino company. The Californian company has already bought NextVR in May 2020. The American giant has also acquired companies like Camera, Akonia Holographic or Vrvana (which produces augmented reality headsets). In addition, rumors circulating on the web indicate that the company would develop very ambitious projects with the arrival of a VR headset and augmented reality glasses by 2023.

Spaces in a nutshell

Since its creation in 2016 by veterans of DreamWorks Animation, the startup Spaces has continued to develop VR products. Among the creations of his team, we mention some experiences in VR around the Terminator saga, such as “Terminator Genisys VR: Time Machines” and “Terminator Salvation: Fight for The Future”.

With the health crisis, the startup closed its VR centers, laid off several employees and even took out a loan to deal with all the financial difficulties. According to the CEO of the company, COVID-19 was a kind of “tsunami” for his business. This is undoubtedly one of the reasons that opened the door to the American giant.

In August, the company website displayed a mysterious message on the homepage: “Thank you to our users and partners who participated in our great VR video conferencing app and to the many people who enjoyed our entertainment attractions based. in VR spaces located in theme parks, theaters and more”.

Recall that the takeover of the startup was confirmed by Apple via an email sent to the media Protocol: ” Apple occasionally buys small technology companies and we generally do not discuss our objective or our projects “.

As already specified above, the Apple brand has confirmed the takeover from Protocol media. However, the company did not give details on the reasons as well as the amount of acquisition.

According to experts, the takeover could be explained by the VR headset and glasses project that the American giant would like to put on the market. According to information shared by Bloomberg, the Cupertino company could launch this new technology as early as 2021.

“We will no longer be able to imagine our lives without augmented reality, ” said the CEO of Apple in 2018. Currently, the company would have as a priority to launch a VR headset in 2022 and augmented reality glasses in 2023. The first product would be dedicated to video game sessions, video views and video conferences. As for the second, they would look like sunglasses with rather thick frames.

The acquisition of the startup Spaces confirms the interest of the American giant in virtual reality. Of course, the American company has never officially announced it, but it is closely interested in this universe. Moreover, Tim Cook, the boss of Apple had declared that augmented reality was “the next big thing” in technological terms.