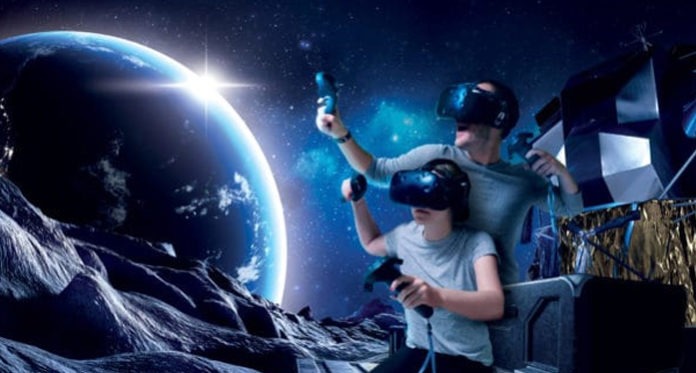 We loved 2019 for its multitude of virtual reality games released and the focus on new hardware, but 2020 seeks to bring a multitude of big budget titles and refined and highly anticipated independents.

Our American colleagues from the newspaper specializing in virtual reality, “Road to VR”, have developed a list of the best VR titles expected in 2020 that come in the full range of platforms, including Steam VR headsets (Rift, Vive, Windows MR, Valve Index, etc.), Oculus Quest and PlayStation VR. Here are 15 VR games whose release is eagerly awaited as they promise. A list certainly a little reductionist as 2020 promises to see the release of very big titles.

Half-Life: Alyx, one of the most anticipated virtual reality games

Half-Life: Alyx is the return to virtual reality of the Half-Life series. This is the story of an impossible fight against a vicious extraterrestrial race known as Combine, located between the events of Half-Life and Half-Life 2. By playing Alyx Vance, you are the only chance for survival of humanity. This game is certainly the most anticipated of this beginning of 2020. The announcement of its release also caused a  shortage of valve index headsets.

Put on the PlayStation VR headset to become the armored avenger in an original Iron Man adventure. Using two PlayStation Move motion controllers, launch Iron Man repellant jets and launch yourself into the sky with an arsenal of superhero iconic weapons. Take on Iron Man’s biggest enemies in high-stakes, action-packed battles. Upgrade technology in Tony Stark’s garage to customize the elegant suit and impressive abilities of the Marvel character.

After The Fall: the adventure and shooter game in virtual reality

Explore the remains of a land of civilization in the 1980s, craft a range of ranged and close combat weapons, and use devastating powers with real movement. Go solo or join players from around the world against relentless hordes and colossal bosses in an effort to take back the city.

Distributed in hostile wetlands in your tactical kayak, use weapons and military equipment to escape and neutralize the enemy threat. Engage your targets in a deadly way or step under the radar … it’s your mission. Phantom: Covert Ops is a stealth action virtual reality game.

Lone Echo II: the sequel to the hit game

Jack and Liv are back in Lone Echo II. Return to the rings of Saturn in this highly anticipated sequel, to unravel the mysteries of Lone Echo and travel deeper into space … beyond the very limits of time.

Medal of Honor: Above and Beyond, to plunge back into the Second World War

Medal of Honor: Above and Beyond is an action-packed and incredibly immersive VR experience set in the Second World War, where you step into the shoes of an agent from the Office of Strategic Services (OSS) in a Europe torn apart by war. An in-depth solo campaign takes you through historic events on land, air and sea, sabotaging Nazi bases, overturning enemy plans, helping the French Resistance, and much more.

You are the sheriff of cityblock 303, a retro-futuristic cyberpunk slum where the only remarkable inhabitants are other “low-fi”. Humans too poor to plug into the platform and old rusty robots that have not reached the uniqueness of intelligence. What you do with your time is up to you. Are you a good cop or not?

Vertigo 2 is a virtual reality solo adventure game. Explore the depths of the vast quantum reactor and end your return journey.

A stealthy VR experience dedicated to the creators of Battlezone and the BAFTA-nominated Sniper Elite 4, in partnership with Just Add Water. Fight for the Italian Resistance on a daring mission to rid World War II Sicily of the threat of Nazi submarines.

Solaris: Offworld Combat, by the creators of Firewall Zero Hour

Solaris: Offworld Combat is a multiplayer team shooter developed by First Contact Entertainment, the studio behind Firewall Zero Hour (2018). The studio is still extremely discreet and has only revealed the above trailer.

Firmament: immerse yourself in a steampunk universe

Firmament is a fantastic steampunk journey, a monumental journey through diverse and curious realms with the ever present help of an ethereal mentor. One of the most anticipated steampunk virtual reality games.

The Walking Dead: Saints & Sinners, to immerse yourself in the universe of the series

Saints & Sinners is a game like no other in the world of The Walking Dead. Every challenge you face and every decision you make is motivated by YOU. Fight the undead, search the flooded ruins of New Orleans, and face heartbreaking choices for you and other survivors. Live The Walking Dead.

The Walking Dead Onslaught: the official game of the hit series

Fight your fears in The Walking Dead Onslaught, the official VR game from AMC’s hit series, The Walking Dead. Discover a whole new exclusive TWD story, defend yourself with close-range and ranged combat in real movement and face both the horrors and humanity and the apocalypse.

Population: One is an upcoming Battle Royale shooter from the studio behind the independent hit in virtual reality, Smashbox Arena (2016). Although it may be late for release, as it was delayed from its initial launch window in early 2019 to a vague 2020 release date, we are still looking forward to what promises to be a virtual reality game. Capable, intelligent and solid battle rifle.

Paper Beast: one of the most surprising virtual reality games on PS VR

Paper Beast is a fun exploration game set in a colorful and surprising ecosystem. Take a virtual journey of discovery through an immersive and poetic virtual reality game experience.

Do you see other virtual reality games coming out in 2020 to add to this list? Let us know in the comments, we’d be happy to add them.