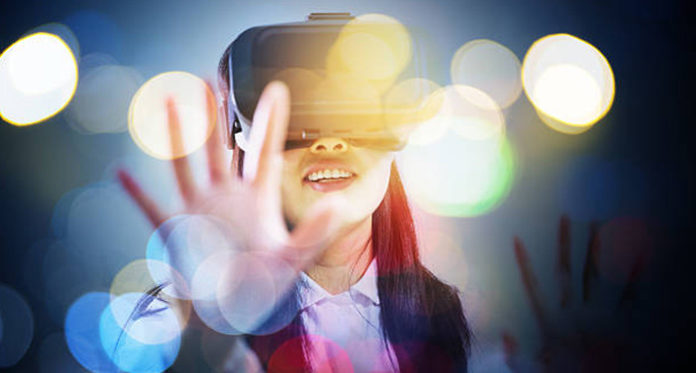 Since October 17th, the first virtual reality headsets are compatible with Microsoft’s Windows Mixed Reality platform. They were released at the same time as the Windows 10 Fall Creators Update. To help you choose the headset that fits your needs, find out what is the strength of each of these devices.

On October 3rd, Microsoft held a conference dedicated to the launch of its Windows Mixed Reality platform. The headsets compatible with this platform are marketed from 17 October 2017. Most of these headphones are based on the reference design provided by Microsoft, and therefore have the same technical characteristics. In this context, one wonders what differentiates these different devices. Asus, HP, Dell, Acer, Lenovo … discover the strong point of every Windows Mixed Reality headset.

The minimum specifications you will need to enjoy virtual reality: 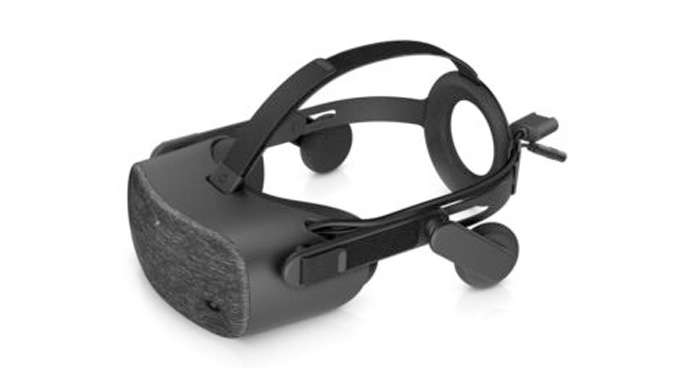 Announced in March 2019, the HP Reverb is the second Windows Mixed Reality headset from Hewlett Packard. Its main strength is its impressive definition of 2160 × 2160 per eye for a total exceeding 4K. As a reminder, the first HP headset was content with a definition of 1440 × 1440 per eye.

This new device offers a doubled definition compared to the first, and even surpasses the HTC Vive Pro and Samsung Odyssey. In addition, its LCD screen uses the entire band of RGB subpixels and the gate effect will be greatly reduced compared to OLED screens of equal definition.

The other big highlight is the comfort, with a design very different from the first model and closer to that of the Oculus Rift. We find in particular a very similar headband, and an integrated headphones. For the rest, we will find the same system of tracking inside-out, as well as compatibility with Windows Mixed Reality and Steam VR.

Mainly for businesses, the HP Reverb will be available at the end of April 2019 from $600. This is the first Windows Mixed Reality second generation headset, but other manufacturers should quickly update themselves.

The Acer ConceptD OJO is a new virtual reality headset running Microsoft’s Windows Mixed Reality platform. It is distinguished by a 4K definition, just like the HP Reverb unveiled a month earlier.

Acer was one of the first to join the Windows Mixed Reality ecosystem. At the end of 2017, the Taiwanese manufacturer launched its first virtual reality headset compatible with the Microsoft software platform: the AH101. Unfortunately, at the time, this device was disappointed by its lack of ergonomics and by its limited definition at 2880 × 1440.

Less than a year later, in August 2018, Acer unveiled the OJO 500: an improved version of its first device with built-in headphones and interpupillary distance adjustment.Two elements that were sorely lacking at the first iteration.

Today, as part of its next @ acer annual conference, Acer has taken a new step by unveiling the OJO ConceptD. In addition to the improvements made by the OJO 500, this new VR headset has two 2160 × 2160 LCD screens. In total, the device offers a definition of 4K.

As with the OJO 500, it is possible to detach the lenses and the headset screen. This can be very useful for arcades or businesses that frequently need to clean headsets for hygiene reasons. There is also an audio headset, an IPD adjustment system, and the famous system of tracking inside-out (without external sensors) Windows Mixed Reality headsets.

The price and release date of the Acer ConceptD OJO have not yet been released. However, it can be expected that this device will be launched by the end of 2019. 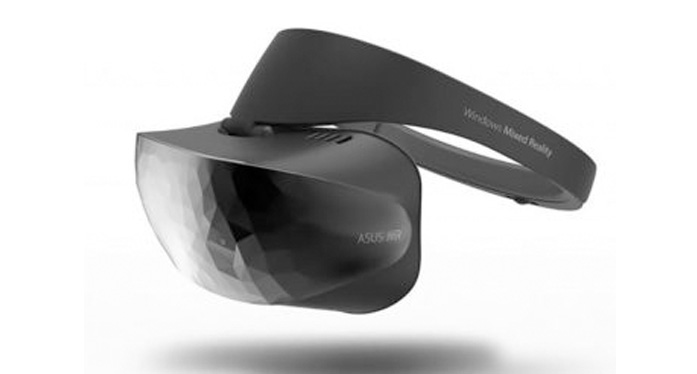 With the polygonal design of its visor, the Asus WMR headset stands out positively in terms of aesthetics. However, the real highlight of this HC102 headset are the materials that make it up. First, unlike other manufacturers, Asus has chosen to integrate a single screen 3K 2880 × 1440 instead of two 1440 × 1440 screens. This makes the aircraft significantly lighter than its rivals and all available VR headsets. This feature should make the experience more comfortable.

In addition, the inside of the HC2012’s headband is covered with a   fast-drying antibacterial surface, to prevent the headphones from being covered with disgusting wetness after a few hours of intense use. In addition, these materials should be cool to the touch, which will reduce the risk of sweating with use. The Asus HC102 headset will be marketed for $449 at the end of 2017. 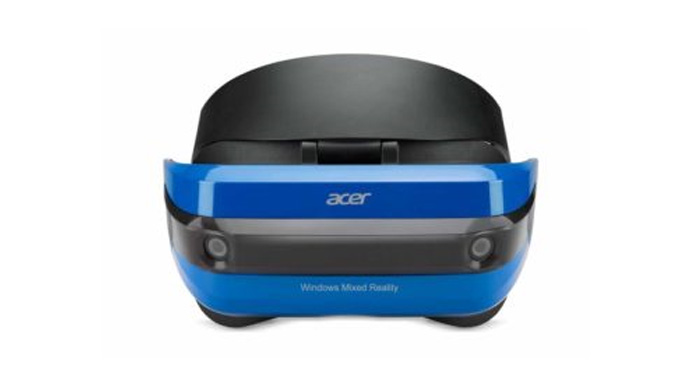 This headset is largely made of shiny plastic, and matches the shape of the skull through an extensible Halo-shaped headband.

The design of the Acer headset is pleasant, and the proposed experience will be technically similar to that delivered by other WMR headsets. However, the  lack of fleece may pose some problems in terms of comfort in the long run. Acer’s Windows Mixed Reality headset is available since October 2017. 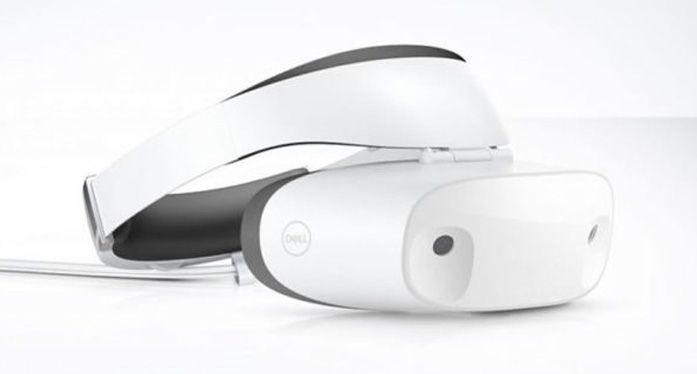 Bright and immaculate white, the Dell Visor is certainly the most beautiful Windows Mixed Reality headset. In addition, the front and back of its halo-shaped headband is covered with sweat-proof fleece, which guarantees better hygiene in case of intense and prolonged use. This fleece does not absorb sweat, which makes it easy to clean after use. Ideal for parties with friends.

The Dell Visor also includes a system to manage the cable that connects to the computer. Pressing the button forward keeps the cable facing you, while backward pressure keeps it behind you. An ingenious way to avoid getting tangled during use. 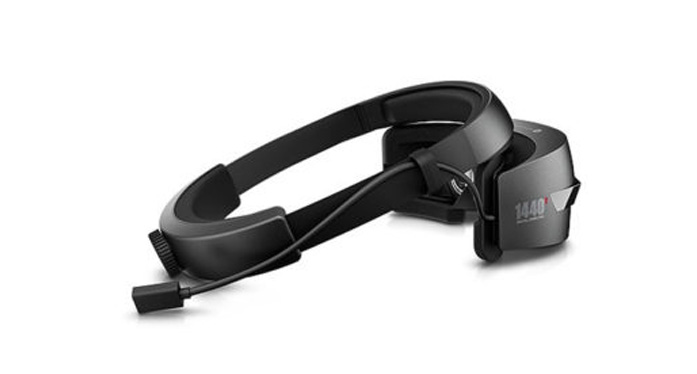 HP’s headset features the same specs as other Windows Mixed Reality headsets. Its main strength is therefore a price much more attractive than its competitors.

HP’s headset headband is covered with sweat-resistant fleece, and the matte-colored plastic that protects it gives it a solid feel. Similarly, the fleece around the eyes is very comfortable. In addition, note that the HDMI cable can be detached which facilitates storage. In short, this headset is simple, robust and quality.

Another advantage of this device is its jack plug. All WMR headphones have a 3.5mm jack for connecting headphones or headphones, but the HP headphone jack is directly integrated into the headset body making it more convenient to use. 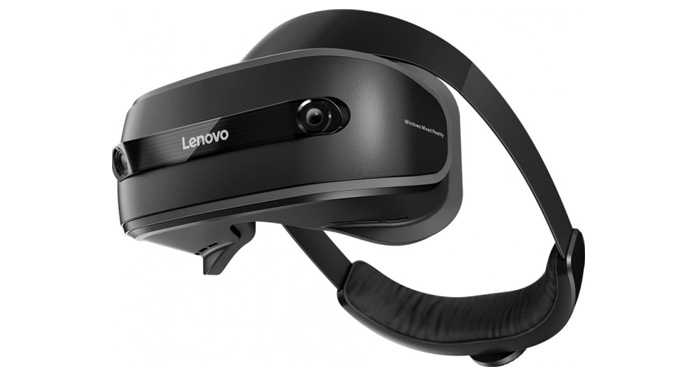 It’s hard to find the real highlight of Lenovo’s WMR headset. The device has the same data sheet as its competitors, its headband is fleece, and its design is reminiscent of other products of the Chinese manufacturer. The Lenovo Explorer is comfortable, but nothing really distinguishes it at first glance.

However, inside, Lenovo has added  more fans  to allow air to circulate better during use, which helps prevent fogging on the screen or feeling hot in case of prolonged use. This is an asset to emphasize. 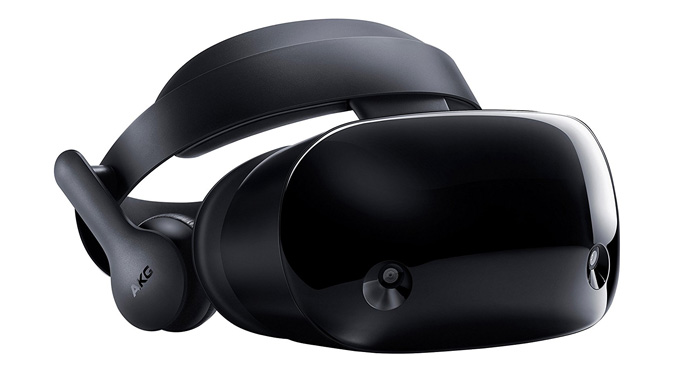 If there is a Windows Mixed Reality headset that we will remember for its high end, it is the Samsung Odyssey. A characteristic well reflected by its price: 398 dollars, the most expensive of the range. It is not directly available in France, but only through resellers.

Compared to similar products, its cost may seem excessive, but we must take into account several features of this device. First, it is the only WMR headset to have an AMOLED display and a resolution of 2800 × 1600 pixels. It also offers a 110 ° vision, but especially an integrated audio system. Already rare in the virtual reality headset market in general, it is a very significant point. Lastly, it’s a PC headset, compatible with the Steam VR game catalog, Microsoft’s inside-out tracking and motion detection controllers. 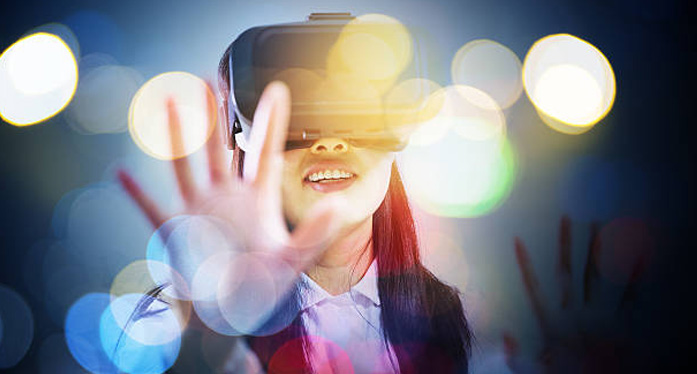