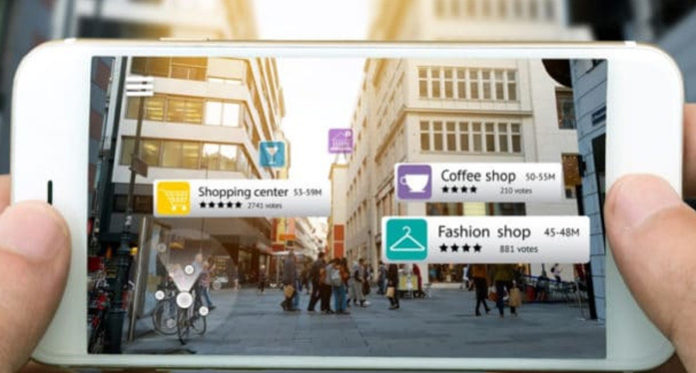 According to Tim Cook, Apple’s CEO, augmented reality is about to change the world. According to many sources, in 2020, the firm will launch its augmented reality glasses. This device will allow us to superpose the virtual real world directly in our field of vision, and this innovation could replace smartphones.

For now, however, the augmented reality glasses and helmets already available such as the Magic Leap One or the Microsoft HoloLens are not sufficiently accessible to the general public to start a democratization. This is why augmented reality applications are mainly limited to smartphones.

With its ARKit framework, Apple has enabled developers around the world to create augmented reality applications for iOS devices. These applications allow virtual elements to be superimposed on real-world images captured by the iPhone or iPad camera, and lay the foundation for what AR glasses will do tomorrow.

If many of these applications are at best amusing, at worst grotesque, some seem to be pure genius. Across the globe, talented developers have unleashed their creativity and the fruits of their work proves just how revolutionary augmented reality can be. Discover the best augmented reality apps for iPhone and iPad.

Ikea Place: try the furniture thanks to augmented reality

With IKEA Place, the augmented reality application of the Scandinavian furniture giant, it’s possible to try different pieces of furniture directly from home using a simple iPhone. By integrating scale-scale virtual replicas into its real-world environment, the user can check whether the piece of furniture will fit well into its interior in terms of size and aesthetics. A very simple idea, but extremely useful to avoid unpleasant surprises when buying a new piece of furniture.

With Dance Reality, the user can bring up two dance instructors in his living room. It is then possible to choose a dance style to try to learn to master the steps. The user can move around both instructors to examine their movements. In addition, on the floor, footprints in augmented reality appear and the user just has to put his feet in the right place following the rhythm.

The Sky Guide app used to generate a star map using the iPhone’s GPS. Now, thanks to augmented reality, the application allows to superimpose the star map directly on the sky filmed by the smartphone!

Jigspace: Handle all kinds of tools in augmented reality

The JigSpace application makes it possible to examine 3D models of a multitude of tools from every angle. It is possible to manipulate them, while receiving explanations on their functioning, their history and their utility. Thanks to augmented reality, learning becomes more interactive and more concrete.

Download the free JigSpace app on the Apps Store.

With AR Runner, it’s possible to make running more entertaining thanks to augmented reality. The application superimposes all kinds of items such as gates or checkpoints to cross during his jog, to make the sporting activity more fun. Users can place portals in their path to compete with others.

At first sight, Vuforia Chalk is similar to a remote video communication application in the tradition of FaceTime or Messenger. However, during video calls, it is possible to draw arrows or encircle elements to indicate them to the interlocutor. This application can be very convenient for remote collaboration or troubleshooting, for example to explain how to repair or install a device. In the near future, it is likely that such a feature will be added to existing video communication applications. 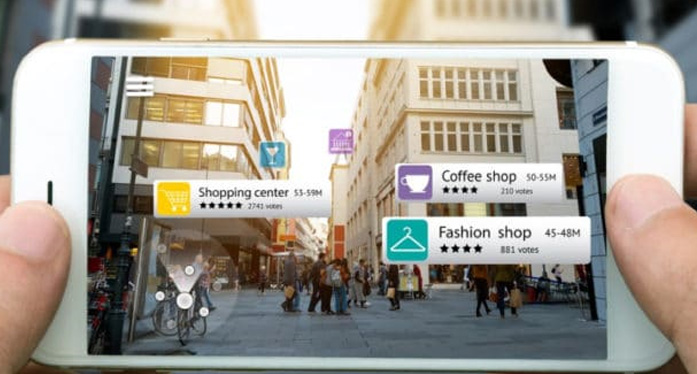