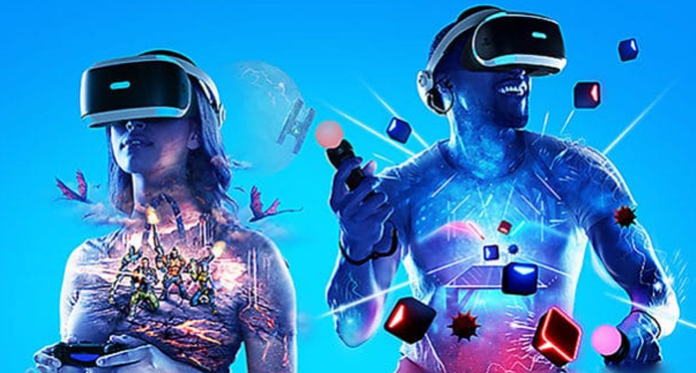 As part of its PSVR livestream on March 25, 2019, Sony has announced that the PlayStation VR has passed the milestone of 4.2 million units sold. In addition, a dozen new games have been announced.

Launched at the end of 2016, the PlayStation VR quickly met a phenomenal success. The virtual reality headset owes its success to the large number of PS4 in circulation. While many players are reluctant to invest in a PC VR-Ready, the 100 million users of PlayStation 4 have only to buy the PSVR to immerse themselves in the virtual.

Thus, despite its technical weaknesses, the PSVR has managed to win the title of high-end VR headset best-selling. In August 2018, Sony announced to have passed the milestone of 3 million copies sold.

A little more than six months later, during a PSVR livestream broadcast on March 25, 2019, Sony has announced that it has reached a new level. On March 3, 2019, the PlayStation VR officially passed the bar of 4.2 million units sold.

Thanks to the profit generated by the PlayStation, we can expect that Sony will develop a much improved PSVR 2 capable of competing with the best PC devices like the HTC Vive Pro or the Oculus Rift S.

According to rumors, the PSVR 2 would be equipped with new motion detection controllers, and would also include a new tracking system much more successful. In addition, the PSVR 2 could even work wirelessly.

Unfortunately, it will probably be necessary to wait for the launch of the PS5 to discover this second generation product. This new console is expected, at the earliest, for 2020.

Meanwhile PSVR 2, Sony has taken advantage of this livestream to announce a dozen new games for the PSVR. These different games will be launched in the coming months.

First of all, the famous No Man’s Sky space simulator will finally be available in VR version on the Sony headset from summer 2019 via a free update of the original game. Good news: Hello Games specifies that the title will also be focused on Steam VR for PC players.

Another very exciting ad is the Iron Man VR game developed by Sony Worldwide Studios and Camouflage. The player will play the Marvel superhero and will have to use the controllers to shoot enemies while flying over the city. This game will be launched in the course of the year 2019 on PSVR.

The VR version of Five Nights at Freddy’s , titled Five Nights At Freddy’s VR: Help Wanted and developed by Steel Wool Studios, was also confirmed. As a reminder, this is a series of horrific video games in which the player plays a security officer in a pizzeria occupied by scary robots. The game will be launched on PSVR, Steam and Oculus in April 2019.

Sony has also announced the Falcon Age bird domperage game for April 9, 2019, the Jupiter & Mars underwater exploration game for the month of April 2019, the Everybody’s Golf VR golf game for May 21, 2019, the Trover Saves the Universe game from Rick and Morty’s creator for May 31, 2019, and the Mini-Mech Mayhem board game for June 18, 2019.

In parallel, the PixelOpus developer confirms that his exclusive game PS4 Concrete Genie will enjoy a VR mode. Similarly, the game Vacation Simulator by the creators of Job Simulator will be released on PSVR in June 2019, two months after its release on PC. Finally, the much awaited FPS Blood & Truth will be released on May 28, 2019.

Many announcements from Sony, therefore, during this livestream of March 25, 2019. Remember that the main strength of the PSVR is its games catalog, sufficiently well supplied to compensate for technical shortcomings of Sony headphones. With this roadmap 2019, the Japanese confirms that this catalog will continue to expand.