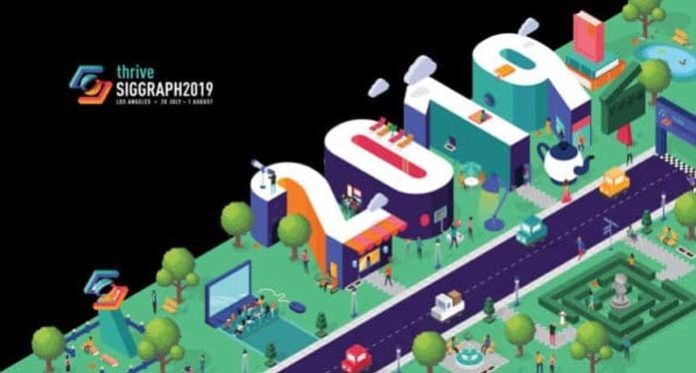 SIGGRAPH 2019 is about to open, and many innovations for virtual and augmented reality will be presented. Discover the most exciting projects announced for this edition.

Each year, the SIGGRAPH conference is an opportunity to discover the latest innovations in the field of computer graphics. Tools, research and works of art are presented.

The 2019 edition will take place from July 28 to August 1, 2019 at the Los Angeles Convention Center. And this year, virtual reality will be honored with a pavilion dedicated to immersive technologies including an arcade, a museum and a village of mixed reality installations. A VR cinema is also in place, and Disney will present its second virtual reality film called A Kite’s Tale. Check out some of the most interesting projects presented on the event.

NVIDIA researchers will be at SIGGRAPH to present two new types of screens for augmented reality. The first screen, Prescription AR, is able to adapt to the vision of the user.

This is a 5mm thick AR screen, based on a free-form image combiner. A prescription plastic lens corrects the wearer’s vision, while the combiner delivers enhanced images at a fixed focal length of one meter.

The second augmented reality screen, Foveated AR, is able to alter images according to the user’s gaze. The tracking of the gaze here makes it possible to modify the definition and the focal depth.

To do this, the system combines a microdisplay for high definition images in the foveal region and a wide field of view peripheral screen whose images align with the user’s pupil. The look is followed by an infrared camera. 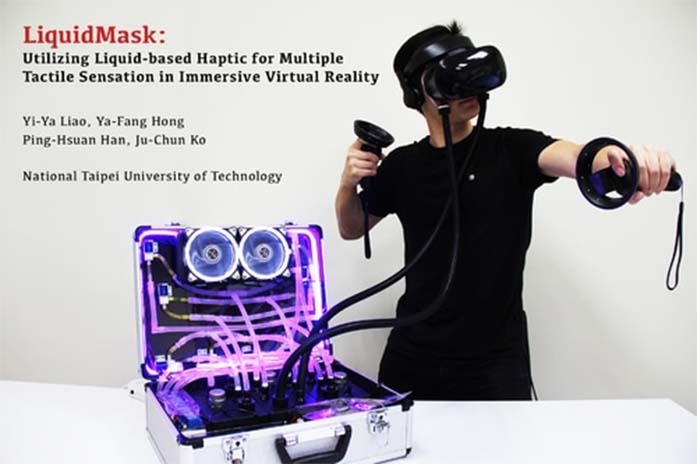 The LiquidMask is a project initiated by the Department of Interaction Design of Taipei Tech. It is a mask capable of pumping liquid in a VR headset, in order to deliver tactile sensations.

By filling the liquid transmission interface, the system makes it possible to produce thermal changes and vibrations on the skin of the user’s face. It would therefore be possible to provide synchronized physical sensations to virtual reality content…

The researchers at Keio University’s Graduate School of Media Design Japan came at SIGGRAPH to present the results of work performed within the Embodied Media Project.

Arque is an artificial tail inspired by biomimicry. It aims to allow the wearer to alter his body dynamism for the purpose of haptic feedback. The structure of this tail is directed by four pneumatic artificial muscles providing the actuating mechanism for its extremity. An interesting and unexpected alternative to haptic gloves!

There are already several VR animation tools, such as Oculus Quill, Tvori or Mindshow. However, Ollie is distinguished by its intuitive interface and its automation features.

This app aims to facilitate the creation for beginner animators. It should be available on Facebook’s Oculus Quest stand-alone VR headset by the beginning of SIGGRAPH…