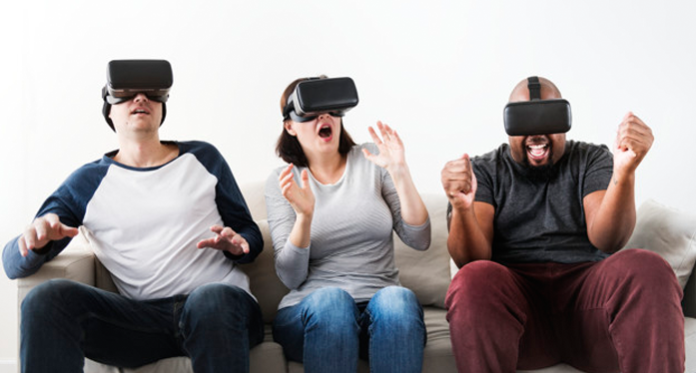 Did you get an Oculus Rift, an HTC Vive or another virtual reality headset for the PC during the holidays? Here are five experiences and free games that you will find on Steam and that will allow you to experiment with your new high-tech toy!

As time passes, the price of virtual reality headsets drops and the configurations needed to use them become more and more accessible. As for the games, they are more and more numerous. We find at all prices and for various experiences, that we want to have fun solo or with friends. There are also social applications that allow you to see yourself online, without necessarily playing. To explore worlds in virtual reality, you do not always need to spend a lot of money on expensive games. The proof with these five games and experiences to download for free!

Available on HTC Vive, Oculus Rift and Windows Mixed Reality, The Lab is a small game developed by Valve in the Aperture Science universe. A fictional company that Portal players know well! In this delirious laboratory, you can try a dozen experiments ranging from slingshots to robot repair, to the exploration of the human body. Casually, there is something to have fun for a while with this game completely free, which requires, however, to have a lot of space available because it is necessarily played standing. So beware of the vase offered by granny at Christmas or the cat who walks on the furniture, better make a little room before playing!

Offered on HTC Vive and Windows Mixed Reality on Steam, and for Oculus Rift directly on the Oculus website, Travel VR allows you to explore the world without moving from home … and without spending thousands of euros. This is also why the developer behind this application has decided to offer free to owners of a virtual reality headset. With Travel VR, you have access to a large number of 360 ° videos made around the world, and you are placed in the center of what is happening there. The sound environment is also at the rendezvous for the experience to be complete. Just choose your destination on the globe, and off you go! And virtual tours can be done while sitting, so no problem if you do not have much space available.

Waltz of the Wizard

Available on HTC Vive, Oculus Rift and Windows Mixed Reality, Waltz of the Wizard is an interactive experience that puts us in the shoes of a magician with powers. The latter evolves in his home, where he can concoct potions, cast spells and move from one place to another to interact with objects and other characters. The set is well designed and rich in activities, so much so that we are almost surprised that all this is free! You have to be on your feet to get the most out of the experience and again, you can easily make big movements, so watch out for fragile objects nearby! For the rest, it’s all good, and it’s a perfect introduction to virtual reality if you want to test your helmet to someone who has never tried.

ILMxLAB developed this experience in the Star Wars universe on the occasion of the release of Star Wars: The Last Jedi last December. It is found for the HTC Vive on Steam and the Oculus platform for the Samsung Gear VR. In both cases, get ready to get up from your chair to become an Astro-mechanic who has to repair the Resistance droids while the fight is raging outside!

An entertaining little game that plunges into the immersive world of Star Wars while taking full advantage of the capabilities of its virtual reality helmet. And the fact that the experience is available on Gear VR is rather significant, the headset of Samsung is too often forgotten despite a large number of users!

We end in beauty with no more and no less than a great walk in space, proposed on Oculus Rift and HTC Vive. Inspired by NASA’s training programs, this “spacewalk” experience, available on Steam, puts you in the shoes of an astronaut who leaves the International Space Station to experience the interstellar vacuum. It is beautiful and almost moving to such a point our planet seen space is realistic. If you have always wondered what an astronaut could see and feel in the area, here is a way to try the experiment without taking risks, while sitting comfortably in his seat. This is the other good news: you can try this application even if you do not have much space available. Good flight!