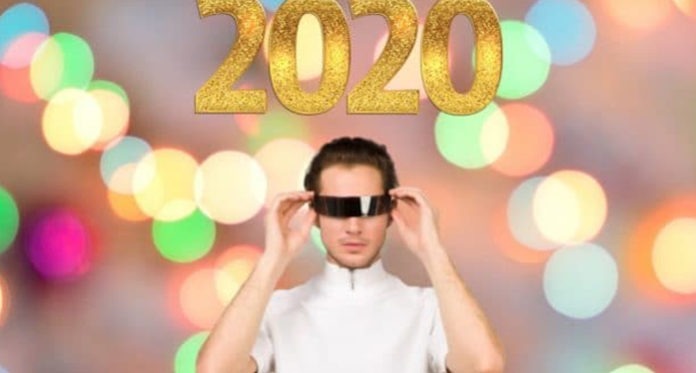 What does 2020 have in store for virtual and augmented reality? Discover the main market trends, the predictions of industrial experts and the most awaited innovations…

2019 was a particularly rich year for virtual reality. Among the significant events, we can retain the triumphant launch of the Oculus Quest, the massive increase in sales of headsets and VR games, or the entry into the market of Valve with its Index headset.

Now the question is what 2020 has in store for the virtual and augmented reality industry. Discover the main trends and the big news expected for the coming year… 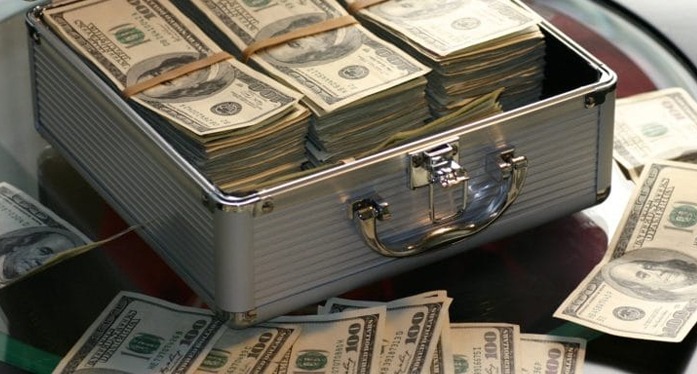 According to IDC, spending on virtual and augmented reality worldwide will reach $ 18.8 billion in 2020. This would represent an increase of 78.5% compared to the $ 10.5 billion expected for this year. This growth should continue until 2023, with an annual rate of 77%.

The China will be the main area for virtual and augmented reality, with 5.8 billion spent during the year. We will then find the United States with $5.1 billion. Western Europe will spend $3.3 billion, and Japan $1.8 billion. In 2023, Western Europe is expected to overtake China.

The case of commercial use will account for nearly half of spending next year. Training, in particular, could represent $ 2.6 billion. Industrial maintenance could attract $914 million.

In 2019, the switch to wireless enabled virtual reality to take a big step forward. These technological advances should continue in 2020.

For example, BUNDLAR co-founder and CEO Matthew Wren expects to see improvements in motion tracking and screen definition or even innovations in the field of haptics. He also believes that Eye Tracking will generate data to optimize experiences and study user behavior in the virtual world.

In 2019, Valve struck a blow with its Valve Index controllers that track each finger. These accessories allow more intuitive handling and richer interactions. In 2020, the different helmet manufacturers could align themselves by offering similar controllers.

A wave of accessories produced by third-party manufacturers is also expected to sweep. For example, Teslasuit will present its Glove haptic glove at CES 2020…

An avalanche of AAA games

In 2020, revolutionary new VR headsets are unlikely to hit the market. According to David Heaney of UploadVR, the next generation of hardware should start in 2022.

However, many software improvements should be deployed. In addition, the year 2020 should be particularly rich in new video games.

We are notably waiting for the famous Half-Life: Alyx from Valve for the month of March 2020. This AAA budget game should represent a new direction for VR gaming and mark the start of a new generation of virtual reality games. In addition, this title is presented as the third installment in a cult saga and should therefore attract new players in VR.

Other games planned for 2020 are expected at the turn. We can cite Lone Echo II, Iron Man VR, Medal of Honor VR, the battle royale game Population: One or Walking Dead Onslaught and Saints & Sinners from the eponymous series…

As mentioned before, 2020 should be a relatively calm year in terms of new VR headsets compared to 2019. Market leaders like Facebook, Valve and HTC have just launched their new high-end headsets and it is therefore unlikely that new models will be offered next year.

However, it is possible that HTC is launching a successor for its Vive Focus stand-alone headset to better compete with the Oculus Quest. By being optimistic, we can also hope that Sony will launch the PSVR 2 in 2020 even if the company has already warned that it would not be marketed at the same time as the PS5…

The rise of Social VR

Until now, virtual reality has mainly attracted gamers and techies. However, starting next year, even your parents could abandon instant messaging on smartphones and opt for this new medium.

Thanks, in particular, to the efforts of Facebook, its bluffing avatars of realism and its new Horizon application, the “social VR” could finally enter the mores. By allowing telepresence thanks to avatars, virtual reality could encourage users to meet despite the distance that separates them…

Demand finally catches up with supply

So far, sales of VR headsets have turned out to be below manufacturers ‘ forecasts. However, the technology is now better known to the general public and devices like the Oculus Quest have something to seduce the latter.

In 2020, demand could therefore finally align with supply. This is the opinion of Rosario B. Casas, CEO of VR AMERICAS. This will allow software developers and hardware manufacturers to continue growing at a faster pace.

The border between autonomous headsets and PC is blurred

However, this distinction could gradually disappear in 2020. Facebook has already launched the Oculus Link allowing the Oculus Quest to be connected to a PC to play Rift games. The other manufacturers could in turn reveal similar devices…

In 2020, virtual reality should continue its democratization which started well in 2019. According to Michael Boland, founder of ARtillery Intelligence, autonomous VR headsets like the Oculus Quest and Facebook’s efforts to reduce costs should continue to facilitate access to VR for the general public.

This exhibition will lead to a virtuous cycle for virtual reality both as a consumer product and as an industry. Facebook will therefore greatly contribute to the democratization of this technology.

VR is expanding in business… and at home

Rather than an explosion of VR among the general public, experts expect to witness its rise in business. In the area of ​​training and education, in particular, virtual reality should continue to gain ground.

Companies in industries such as medicine, rescue, manufacturing or retail should turn to this technology. Likewise, industries that have already adopted it, such as architecture, engineering, construction or real estate will develop new use cases.

As headset prices drop, virtual reality training apps or VR shops for V-commerce are also expected to increase in the coming year. Immersive technologies therefore have a bright future in business…

In contrast, Matthew Wren of BUNDLAR believes that consumer content is still somewhat limited. However, he recognizes that things are changing. Now that standalone headsets like the Quest are accessible to as many people as possible, it’s only a matter of time before high-quality content proliferates.

In addition, many people who discover VR at work decide to buy a helmet for home use. The rise of VR in business will therefore contribute to its democratization.

Virtual reality is already used in the field of education, which is one of its main areas of application. This should continue in 2020.

According to Willim Griggs of VirtualRealityRental, more and more schools will use VR to teach different subjects. Students will be able to immerse themselves in a fun way in Ancient History or human anatomy.

In addition, virtual reality can also be used to study from a distance. It could therefore open access to university to people who are too far away or isolated. Rather than having to travel, students will be able to attend a class using their VR headset…

We have been promised for several years now that we will be able to access augmented reality by wearing simple glasses rather than holding a smartphone in front of our noses. In 2020, the first (real) consumer AR glasses could finally be launched on the market.

It is the manufacturer Nreal, with its Nreal Light glasses, who could be the first to enter this market. This device will be compatible with different smartphones equipped with Snapdragon 855 or higher chips, and will connect to it by USB-C.

The Nreal Light are equipped with several cameras, a 1080p screen, and offer a spatial tracking functionality. The manufacturer has partnered with China Unicomp, Deutsche Telekom and the Japanese KDDI to distribute its product at $ 500 starting next year.

Compatible Android apps will leverage both augmented reality technology and the 5G network to deliver new kinds of experiences. The first demos present for example a technician receiving visual instructions on his glasses to repair a computer. We can also discover a player massacring zombies by using his smartphone as a controller.

These AR glasses have the potential to democratize augmented reality, due to their relatively affordable cost and their rather sober design. In 2020, we could finally see people wearing their AR glasses in public. It only remains to hope that a partnership will be established with a French operator.

In addition, it is likely that other companies will present their AR glasses at CES 2020 which will take place in early January. These different devices will lay the foundations for augmented reality for the general public. Thereafter, tech giants such as Facebook, Apple and Niantic also plan to launch their own AR glasses…

Up to now, the use cases of augmented reality have been relatively limited. Apart from games like Pokémon Go, Snapchat filters or practical features like AR navigation on Google Maps, technology is struggling to reveal its interest to the general public.

Things could finally change in 2020. With the launch of the first consumer AR glasses like the Nreal Light, it is likely that new use cases will emerge. We can also expect that augmented reality applications for smartphones will diversify. Operators, for their part, could collaborate with developers to create AR experiences demonstrating the potential of 5G…

The impact of 5G

Experts have been predicting the positive impact of 5G on virtual and augmented reality for a long time. In 2020, these promises should finally materialize with the deployment of this new mobile network.

For example, Sarah Hill, CEO of Healium believes that 5G and Edge Computing will allow the emergence of permanent multi-user experiences.

The convergence between VR / AR and IoT

According to Sarah Hill of Healium, data from connected objects can be incorporated into VR and AR experiences in 2020. This will allow the user to control experiences using data from his smartwatch or other wearable.

We can especially imagine experiences whose content changes according to the physical efforts provided by the user, or even horror games that would react in real time to the level of fear of the player…

Artificial intelligence and Machine Learning are also among the emerging technologies that will punctuate the 2020s. It is therefore logical that several developers seek to integrate AI and ML into their AR applications.

For example, the Google Lens application uses a neural network to visually analyze and give information on what the user is filming with his smartphone. This allows for example to identify plants, to receive information on a painting in a museum or to identify products to buy them online. This trend is expected to continue in 2020.

This technological marriage also concerns virtual reality. In 2020, Maze Theory will launch a VR game from the Peaky Blinders series. This game will use artificial intelligence to react realistically to the player’s behavior…

In conclusion, the year 2020 should allow the virtual reality industry to consolidate and continue its evolution. On the other hand, there should not be a real revolution like the one generated by the Oculus Quest in 2019.

In terms of augmented reality, the appearance of the first consumer glasses like the Nreal Light should help lay the foundations for the market and initiate the democratization of this technology.

Obviously, these are only predictions based on elements already known. However, a good surprise can never be excluded and we sincerely hope that the market players will amaze us and catch us off guard.