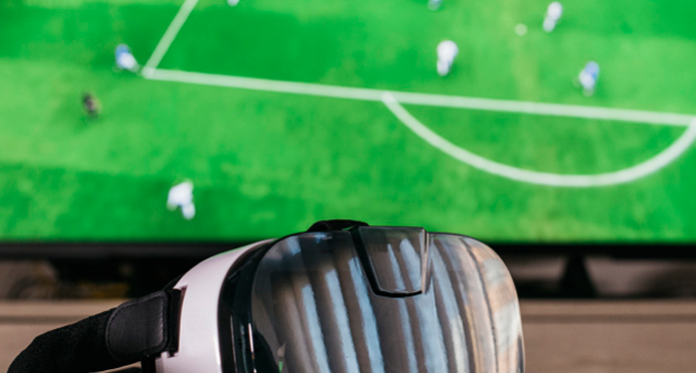 Playing virtual reality games is fun, but it’s even better for many. Find your friends in virtual reality to embark on fantastic adventures and very entertaining experience. Here below is the selection of the best VR multiplayer games.

Initially thought of as a simple multiplayer mode of the game Lone Echo, Echo Arena is so successful that it has been declined in full play. The concept is simple but effective. Two teams of players compete in an arena devoid of gravity. In the center of the field, a disc. Each group aims to score a goal in the opposing camp by projecting this disc in a diamond. The players move using propellers.

A thruster located in the back allows moving in the direction of the gaze, while the thrusters in the gloves can run in the direction in which the hands are stretched. It is possible to assault the opponents with fists, but everyone can protect themselves by activating a shield in which case the attacker is found himself stunned.

Players can gain speed by projecting each other, and the arena is dotted with obstacles behind which to hide or bounce. It’s a real team sport, and team spirit is the key to victory. This title provides exhilarating sensations, especially when you manage to score a goal from the middle of the arena with a well-directed shot or to double the opposing team by furtively using an enemy to project.

A must have game for all VR helmet users. The title is available only on Oculus Rift, but it can be played on HTC Vive or Windows Mixed Reality with Revive software.

The Unspoken, a wizard duel game on Oculus Rift

The Unspoken is a two-player game to fight each other through wizarding duels. Several character classes are available, each with their style of play and their spells. Players must attack and defend themselves, and use the terrain to their advantage by teleporting from one platform to another to avoid enemy spells or take the opponent by surprise.

The different areas each offer a different atmosphere and specificities. The title provides a mix of action and strategy. Initially, this title was only multiplayer, but a solo mode was recently implemented.

With Echo Arena, The Unspoken is considered the first eSports VR game and a global tournament organized by ESL and Intel are underway. The game is available exclusively on Oculus Rift, but it is possible to play with Revive on HTC Vive and Windows Mixed Reality.

Finding a friend with a VR headset is not always easy, but finding a friend who knows how to play the same games is even harder. Fortunately, Ripcoil is there to allow you to have fun quickly and without any fuss.

This game offered with the Oculus Touch Rift controllers offers two players to compete by throwing a disc.  The two players are face to face, each on one side of the field on a mobile platform. They move from right to left swaying to one side or the other.

Whoever manages to put the disc in the opposing goal wins a point. The goal is to intercept the drive and send it back. Every time the disc is returned, it picks up speed. Walls also bounce the CD to take the opponent by surprise. A game available only on Oculus Rift, but available on Vive and Windows MR with Revive.

Orbus VR is a game created by a small team of ten people. This title, therefore, has technical limitations, particularly as regards the graphics and the scope of the content. However, this is the first real virtual reality MMORPG, so it deserves its place in this ranking.

The game takes the codes of the genre. Players can choose between different character classes: warrior, mage, archer, hunter … and then embark on a grand adventure through a vast open world.

Faced with the many dangers that await them, players will have to team up and combine their skills to defeat the formidable enemies. There are also dungeons, raids, huge bosses and a crafting system to make potions with various effects for example. The gameplay as for him exploits the possibilities offered by the VR.

Mages cast spells by waving their controllers; the archer must realistically bandage his bow, the warrior must brandish his shield … Orbus VR is probably not the slap that fans of MMORPG and virtual reality expect, but it offers an excellent opportunity for the future when a giant like Oculus finally decides to get to work.

Arizona Sunshine is one of the most successful VR gaming markets to date. This first-person shooter offers two game modes. The campaign offers two players to cooperate to progress in an adventure taking place in a post-apocalyptic universe invaded by zombies.

The survival mode allows up to 4 players to join and fight in a camp to overcome successive waves of zombies increasingly formidable. Masterful playability, neat graphics, a vast arsenal of weapons and tons of zombies to explode are the highlights of this game.

At CES 2018, the developer Vertigo Games has presented a new version of the game, intended for theaters. Arcade, allowing four players to play within the same game space in both the real world and the VR. Thus, the players feel like teaming up in the camp.

“Zero Latency” is a unique experience and is considered to be the best multi-player VR experience in the world. Unlike traditional multiplayer virtual reality games that use an internet connection, “Zero Latency” is played in a suitable room where players come together as one team. The hall, usually a hangar is lined with cameras and players must don a backpack, an Oculus Rift helmet, get a microphone and arm a gun printed in 3D.

Players are one team and face waves of zombies. Team spirit is vital. The game is a horror game that makes the players shudder. A completely immersive experience to play with a group of friends.

Only problem, very few “Zero Latency” rooms exist around the world. The closest one is in Madrid, the Spanish capital. A multiplayer VR game was unique.

Go behind the wheel and try to take the lead. Certainly one of the most successful virtual reality multiplayer games.

Keep Talking, and Nobody Explodes: a single multi-player helmet

The virtual reality multiplayer game “Keep Talking, and Nobody Explodes “is ideal for a group of people with only one VR headset. The player puts on his VR headset and embodies a professional deminer. His friends, meanwhile, can consult the manual and tell him how to proceed to defuse the bombs.

Communication and the ability to stay calm are at the heart of the gameplay. The title is available on Oculus Rift, HTC Vive, PlayStation VR, Samsung Gear VR, and Google Daydream.