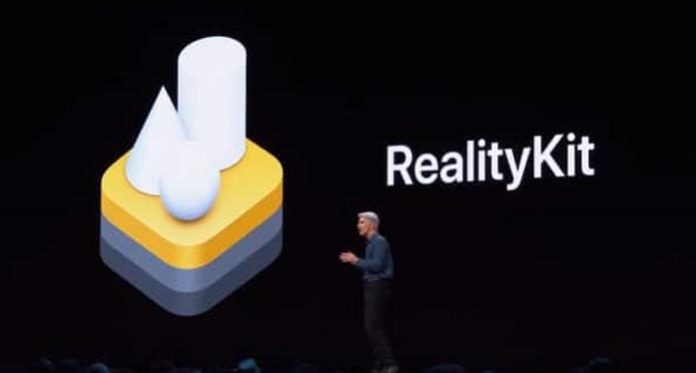 Apple is looking to simplify the development of augmented reality apps for iOS with RealityKit. This is a solution for creating AR experiments without having any notions of 3D skills.

Until now, creating Augmented Reality applications was reserved for developers with 3D app creation skills. An obstacle that discourages many enthusiasts to launch, and therefore limits the number of AR applications in circulation.

As part of WWDC 2019, in addition to its ARKit 3 framework, Apple unveiled RealityKit: a new tool for creating augmented reality applications for iOS more easily. With this kit, Apple seeks to allow developers to embark on augmented reality even without having skills in development of 3D applications previously essential.

ReaityKit offers camera effects, animations, a physics engine and much more. Thus, developers will be able to create augmented reality experiences without the need to master traditional game engines like Unity or Unreal Engine.

Apple also claims that its engine allows rendering “photo-realistic”. Visual effects are now added to virtual objects to give the illusion that they are captured directly by the camera.

Physical elements like the reflection of the environment, the shadows on the ground, the “noise” of the camera, the blur linked to the movement will now be added to make the fusion between the virtual content and the reality totally credible.

This new kit is based on the Swift API. It also offers a network solution to enable the creation of shared AR experiences on iOS.

Apple Reality Composer: a library of 3D models and animations 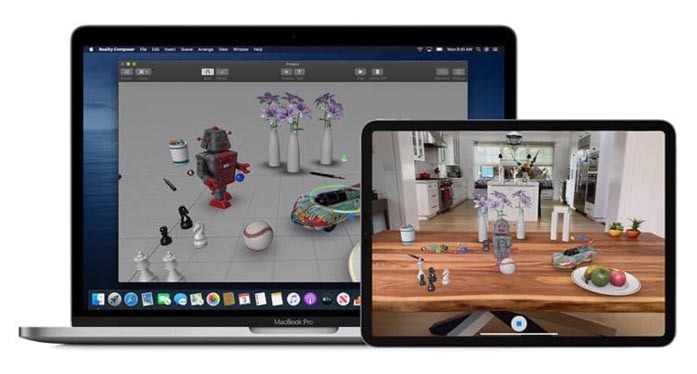 A second tool called Reality Composer was also presented. It’s a library of 3D models and animations that allow developers to engage in augmented reality without having to create their own models. A drag-and-drop interface will simplify the creation of AR experiments as much as possible.

Augmented reality experiments created with Reality Composer can be integrated with applications using Xcode, or can be exported with AR QuickLook. In addition to its object library, the tool will also import 3D files in USDZ format.

In addition, by offering its own engine and asset store, Apple hopes to take the AR application developers under its wing and take advantage of the economic spinoffs thereafter. Thus, Apple seems to have the ambition to occupy the same role as Unity or Epic Games with Unreal Engine for virtual reality…