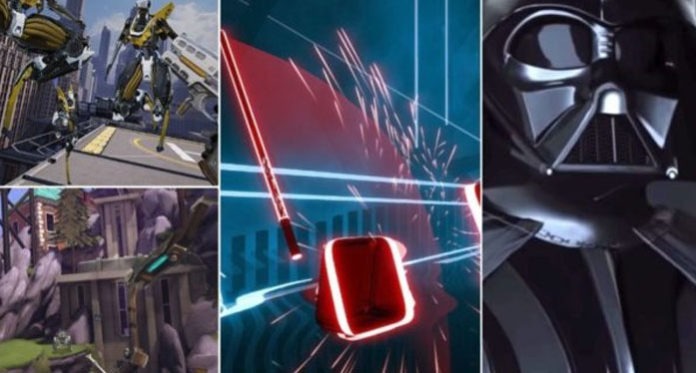 The Oculus Quest finally arrived yesterday. If you are one of the first to acquire it then we’ve put together a list of the top 10 Oculus Quest games not to be missed.

The Oculus Quest is a highly anticipated virtual reality headset. It is finally on sale since yesterday on May 21, 2019. If you followed our test of the Oculus Quest  then you know that the new headset of the subsidiary of Facebook has completely conquered us.

However the headset without content is nothing. Also, we have prepared a list of the best Oculus Quest games already available on the standalone headset.

Beat Saber: Without a doubt one of the best games Oculus Quest

If you read us regularly then you know that Beat Saber is the big surprise. The game in virtual reality continues to trust the first places of sales for months. The studio has obviously adapted for the Oculus Quest on which it works perfectly. Cut cubes with lightsabers to the rhythm of the songs, that’s what Beat Saber offers you. A lively game that gets the full potential of six degrees of freedom offered by the new Oculus headset.

Another surprise game, Racket Fury: Table Tennis VR is a simulator of table tennis game. Of course, if ping pong is not your cup of tea, go your way. If on the contrary, you like this sport then go for it. This is probably one of the best games for Oculus Quest. This table tennis simulator surprises with its fun and convincing side. You will really feel the control of the ball. A physical mode is available as well as a multiplayer mode in cross-play.

Star Wars: Vader Immortal: for fans of the franchise

Star Wars fans will not be able to miss this title. The game is above all a narrative adventure of science fiction particularly well designed. Immersion is particularly great. Those who want to try the lightsaber fight will love the “Lightsaber Dojo” mode which will give them many hours of fun.

Superhot VR: one of the best action games on Oculus Quest

Superhot VR is not new. Released for a while on Oculus Rift, he has conquered his audience and become one of the best action games. His adaptation on Oculus Quest is very successful. This is a game that is played as an action puzzle game where moving your body to slow motion is the key to success … just like Neo in Matrix.

Creed Rise to Glory: to become a real boxer

Creed Rise to Glory is one of the best sports games. You are a promising boxer who climbs the ladder, starting out in a humble gym to learn the basics of this sport. As and when fighting, you will face opponents more and more formidable.

Moss is a pretty unique game that has conquered many fans. The graphics are superb and you will have to solve different puzzles to progress in this platform game. You will control a little mouse that requires your help and ingenuity to get around and overcome obstacles in its path.

Space Pirate Trainer: one of the best games on Quest Shooting

Space Pirate Trainer is a shooting game. Waves of enemies will break. You will have the choice between many different weapons and use an energy shield. Although the gameplay is quite simple, make no mistake, this is one of the best virtual reality shooter games on Oculus Quest.

Virtual Virtual Reality takes you to another dimension. The game is above all an evolved narrative experience. The story is exciting. You are part of a company that makes it possible to realize the wildest dreams. However, you will discover that the reality behind is not as pretty as the company suggests.

Robo Recall: one of the best arcade games of the moment

Robo Recall has established itself as one of the best virtual reality arcade games ever. This is a shooter where you have to control dishonest robots. This is an extremely interactive game.

I Expect You to Die: Become a Secret Agent at Risk

I Expect You to Die is also an Oculus Quest adaptation of one of the best games in virtual reality. You will play a secret agent who has to come out of very complicated situations. Puzzles to solve for you out of difficult situations in which your death is desired in different ways. 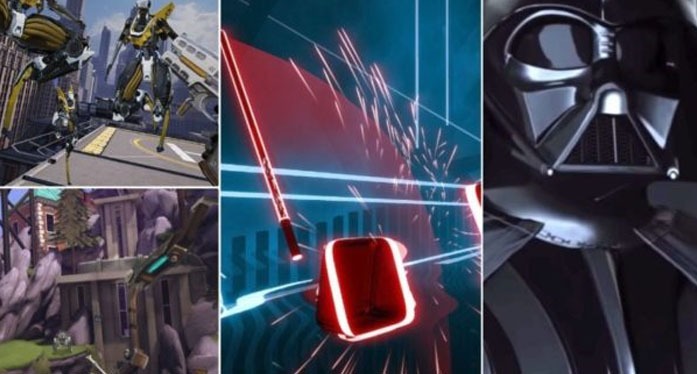