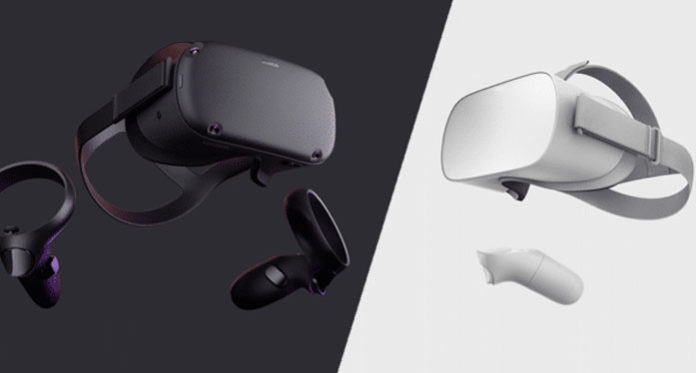 In a tweet, John Carmack, the CTO of Oculus, announces that the backup 2.0 on Cloud will come soon for the autonomous headsets and the Gear VR.

In 2016, Oculus launched a cloud back-up system for Rift applications. Only PC-based headphones were affected by this type of backup, the Oculus Go and the Gear VR running on a Samsung smartphone could not take advantage of this feature.

Cloud backup allows you to save game or application data from a PC to servers. Thus, a user could easily resume a game in progress there he had abandoned and even from another PC. The other headsets of the subsidiary of Facebook were, when they were not concerned. It will soon be the case, according to the CTO of Oculus. 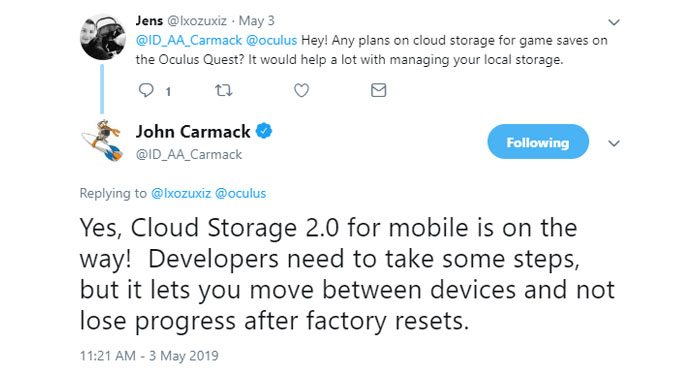 Cloud 2.0 soon for all Oculus headsets

Responding to a user’s Twitter request about the possibility of a data backup plan for the Oculus Quest, Oculus CTO John Carmack responded, “Yes, the Cloud 2.0 backup for stand-alone devices is on the way. Developers still need to take a few steps but this will allow you to move between your devices without losing your progress after a factory reset.”

The main concern with cloud backups is that the Oculus Store does not indicate an application or game that supports this registration. It is up to developers to indicate in the game description if this is the case and most developers do not take this trouble. Also, users must search the forums themselves or try to save in the cloud with the risk of losing their advancement. As with the Rift, Carmack says an implementation of stand-alone headsets developers will be required to enable this feature.