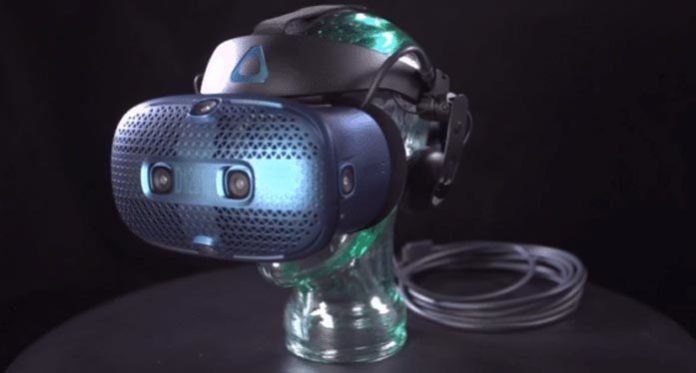 We finally know the characteristics of the screen HTC Vive Cosmos! Compared to the first Vive, the definition will be almost doubled while a new type of screen reduces the grid effect and improve the sharpness of the image…

HTC continues to unveil its new Vive Cosmos VR headset, originally introduced at CES 2019. Last week, we discovered the new design of the Cosmos with six cameras instead of four. 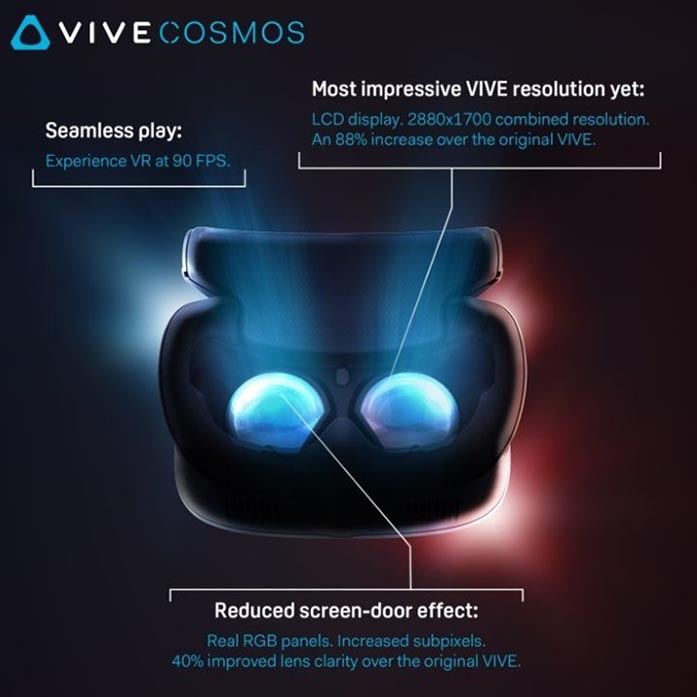 In addition, instead of an OLED screen as the first Vive, the Cosmos will be provided with an LCD RGB. This type of screen makes it possible to benefit from an increase in the definition of the sub-pixels, even if the blacks are less deep than on the OLED screens.

According to HTC, RGB technology also reduces the grid effect and improves sharpness by up to 40%. On the other hand, just like the first Vive, the Cosmos will be content with a refresh rate of 90Hz.

In comparison, the Oculus Rift S, the latest PC VR headset as of Facebook, offers a definition of 1280 × 1440 per eye and a refresh rate of 80Hz. In other words, the Vive Cosmos is far superior technically, with 32% more pixels and a refresh rate 12.5% ​​higher.

The Rift S is also devoid of a manual interpupillary gap adjustment system, which is not the case with the Cosmos. However, it will be necessary to wait to know the price of the Vive Cosmos to check if it is really a competitor with the Rift S priced at 449 euros. Last week, HTC promised a price “less than $900”.