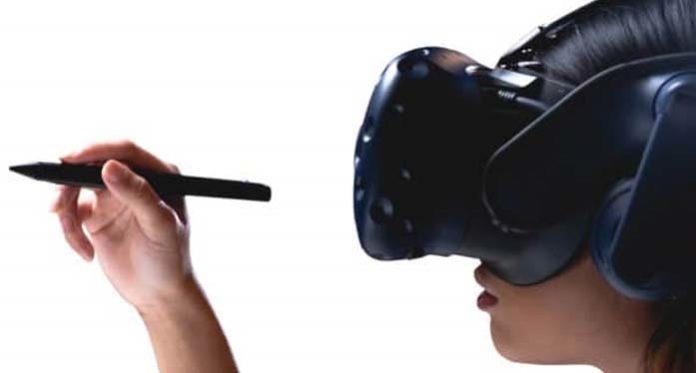 The Massless VR stylus is available for pre-order now. Discover the price, the launch date, and the technical features of this accessory specially designed for the design in virtual reality.

In 2018, Massless unveiled a prototype of its Massless Pen VR stylus. Specially designed for virtual reality, this accessory aims to allow professionals to create and draw in 3D in virtual reality in a natural and precise way.

A year later, Massless announces the opening of pre-orders for its VR stylus. The sale price is fixed at $500, of which $50 to pay during the pre-order.

For this price, you will receive the stylus, a tracking camera accompanied by his foot, and a year of subscription to the Massless Studio software. This software is designed specifically for concept sketching, with tools for mesh generation and 3D modeling. The projects can be exported in different standard formats (FBX, OBJ, STL, STEP …) and a real-time collaboration feature allows several users to end up in the VR.

In addition to the Massless Studio software, it will be possible to use it with Gravity Sketch, Medium, Quill, Tilt Brush, Maya & Blender VR design applications and soon Vector Suite. The pen will be officially compatible with Oculus Rift and HTC Vive, but it is likely that other SteamVR headsets will also be supported.

Note that it is possible to use Massless in non-vr mode on a graphics tablet with applications such as Photoshop, Illustrator, Premier Pro, Solidworks, and Fusion 360. In addition, the accessory now incorporates sensors to know when it touches a surface. This makes it possible to use it on any flat surface to work in 2D, even if it is also possible to use it in the air.

The Massless VR Pen offers 12 hours of battery life and USB-C charging. Its capacitive sensor located near the index allows to control the application and enjoy haptic feedback. The tracking is provided by a camera supplied with the accessory, and offers a tracking volume of 90° x70°.

First deliveries are scheduled for the fourth quarter of 2019. After this first wave “Early Access”, the price will increase to $1000 for the Massless Pen and $20 per month or $200 per year for Massless Studio.