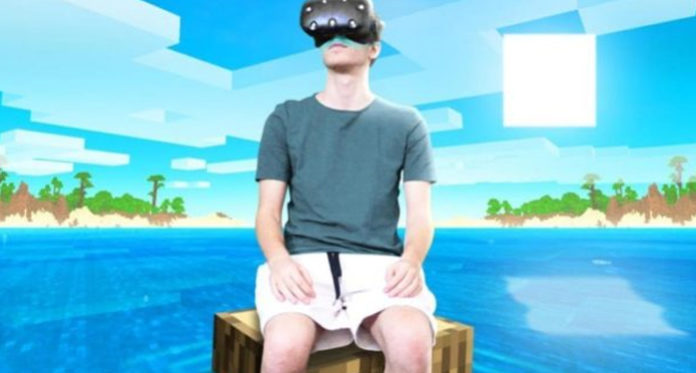 The YouTuber Apollow of the Disrupt YouTube channel spent 24 hours in Minecraft VR. He tells the effects of this atypical experience on his body and mind.

One morning, the YouTuber Apollow of Disrupt YouTube woke up with the desire to live in another world. To do this, instead of looking for the Stargate or building a spaceship, he chose to immerse himself in the virtual reality of the game Minecraft VR for 24 hours.

The videographer wanted to check the effects of this experiment on his body and his brain. Indeed, remember that the day/night cycle in Minecraft is much shorter than in the real world. Thus, 24 hours on Earth correspond to 72 days in the game. Apollow wanted to check how his body and his mind would react to such an acceleration of the natural cycle.

In a new video, he describes his feelings at the end of this stay in the virtual world. According to him, YouTuber quickly got used to living in VR after building his first home in Minecraft.

Throughout the 24 hours, broadcast live streaming, Apollow has rested only three times in short naps. However, he chose to keep the headphones and headphones on his head while he slept. The awakening in the VR was a bit strange, but his brain got used to it quickly every time.

The videographer claims that he did not feel nauseous during his adventure, except during his boat trips. However, seasickness can also occur in the real world.

To conclude his journey into the virtual world of Minecraft, Apollow decided to go fight the dragon at the end of the game. After defeating him, he sat for an hour on a small mountain while waiting for the sunrise. A poetic way to conclude this epic at the crossroads of the universes.

Following this experiment, the young man explains that the time seemed to him to scroll much more slowly during the following days in the real world. He also claims to have felt like he “jumped” one day in his life.

As a reminder, this is not the first time that a person embarks on a prolonged experience of virtual reality. In 2018, a player spent 42 hours in Skyrim VR. Similarly, in early 2019, a man stayed 7 consecutive days in the VR while filming himself on Twitch and YouTube. And you, would you be tempted to leave the real world to live in VR permanently? 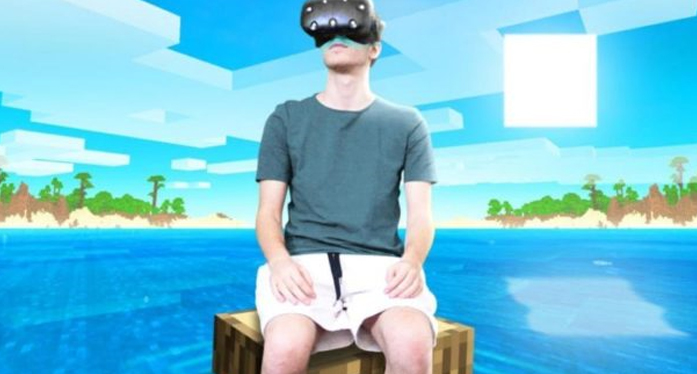 Article Name
Minecraft VR - YouTuber Apollow spends 24 hours in the Game & describes the effects on his brain
Description
The YouTuber Apollow of the Disrupt YouTube channel spent 24 hours in Minecraft VR. He tells the effects of this atypical experience on his body and mind.
Author
The VR Headset
Publisher Name
Free Tech Media Ltd.
Publisher Logo