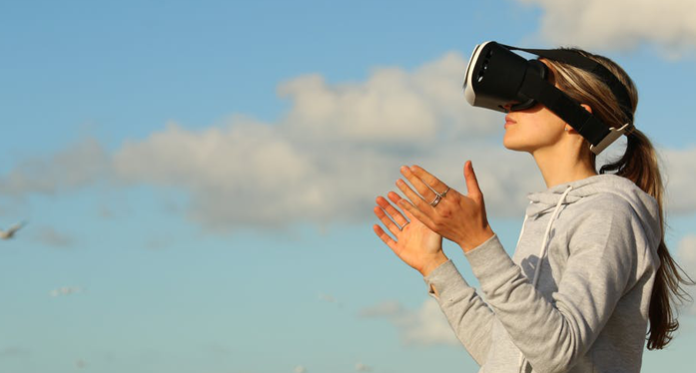 Gabe Newell: The resolution of VR headsets will be incredibly high from 2018/2019

Indeed, when Gabe Newell speaks, you have to listen to him carefully because he gives very crisp details about the future of virtual reality! After announcing that most VR headsets will be wireless by 2018, the latter continues its predictions and talks about a sensitive topic: resolution. One of the main questions we have with the current VR headsets is the screen door (grid effect), which seems to scare the uninformed. But to believe Gabe, it will not be long before having a great visual record:

We will soon get out of this situation a bit strange where the VR is the rather low resolution to move to an era where the VR will have a higher resolution than all the rest, with a refresh rate higher than what we can have on our PCs and smartphones. We will see VR go beyond all other screen technologies and we will begin to understand this phenomenon in 2018 and 2019 when we start talking about incredibly high resolutions. According to her comments, the VR will exceed all other technologies in the screens, which is excellent news, but we imagine that it will be necessary that the helmets are accompanied by a technique of eye-tracking (eye tracking) so that our graphics cards can keep up.

Moreover, this is not the first time he mentions the year 2018 when he talks about the evolution of the RV. When we know that HTC had announced that the life cycle of a VR headset was ” 1 to 3 years “, we say that it is entirely possible that a successor HTC Vive could land in these areas.

It is in 2020 that Apple could launch its first augmented reality and virtual reality headset, says Cnet tonight, which warns again: this project (code name: T288) can very well be thrown away or evolve drastically. The first details on this product still very hypothetical are in any case particularly enticing. The device would approach more of a helmet than a pair of glasses, according to the datasheet described by the site. In front of each eye would take place a small 8K screen – the resolution would be such that we would not see any pixel, enough to offer a total immersion.

Only the helmet would be of no use. That’s why Apple is developing next to a dedicated box connected to the device by exploiting the second generation of WI Gig 60 GHz (802.11ay) whose specifications will be known only in next year. No question of wired connection so (the anguished waves have not finished making white hair). Inside this box that would act as “brain,” would take place a home chip, of course, engraved in 5 nm. By knowing the power developed by an A11 (iPhone 8 / X) engraved in 10 nm, we can imagine the performance of this future processor.

This chip could also serve in the future Mac or fuel to Arm that we are announced for 2020, precisely. Unlike VR headsets like Vive, Apple’s headset would not need to position cameras anywhere in the room. It would carry enough sensors of all kinds and cameras to track the movements of the head and the user in space, which is reminiscent of the Microsoft HoloLens.

The HoloLens works autonomously, without a specific external casing.

The case of Apple currently looks like a PC tower; it would not be a Mac. To hear Apple, take an interest in virtual reality is a little surprising, even if this technology is in the background (the latest iMacs have become computers capable of creating VR “experiences”).

In his speech, Tim Cook focused on augmented reality. And Apple gives developers a complete toolkit with ARKit. The T288 is supposed to accommodate both technologies anyway … This rumor is nonetheless intriguing!

Apple: augmented reality glasses in 2020 according to a reliable source

Apple will launch its augmented reality glasses AR Glass in 2020. This is predicted by analyst Ming-Chi Kuo, one of the most famous specialists in information leakage on Apple. Unlike Google, Facebook or Microsoft, Apple preferred to keep its distance from virtual reality. On the other hand, the company’s CEO, Tim Cook, has repeatedly expressed his enthusiasm for augmented reality. As early as 2015, Steve Jobs’ successor described the AR as “really cool.” In 2016, he again praised this technology and said that Apple would “continue to invest in this area.”

In 2017, in an interview with The Independent, Tim Cook went so far as to compare the revolutionary potential of augmented reality with that of the smartphone. According to him, this technology can both improve our lives and upset the entertainment industry. The apple firm also offers its augmented reality platform for iOS: ARKit, which allows developers to create their applications in augmented reality for iPhone and iPad. Also, the noise has been running for some years now that Apple is preparing augmented reality glasses and that several hundred employees would be involved in this project. However, so far nothing has been officially confirmed.

In August 2018, Ming-Chi Kuo analyst KGI Securities confirms the plans of Apple and provides some clarification. Selui, this renowned expert, Apple is preparing well-augmented reality glasses called “AR Glass,” and this product will most likely be marketed in 2020. Still, according to Kuo, augmented reality is the next generation of user interface. This revolutionary technology does not even need a “killer app” because it is in itself a “killer app.” The analyst goes so far as to predict that Apple will completely revolutionize the field of user interfaces with its product. This is not an official confirmation, but Ming-Chi Kuo is considered the most credible source for information leaks on Apple. We can not count his predictions that proved to be accurate. Recently, the specialist has, for example, announced the size of the screen and the price of the iPhone X, and the existence of the Face ID facial recognition system. This time, it seems almost certain that Apple plans to enter the AR glasses market in 2020.