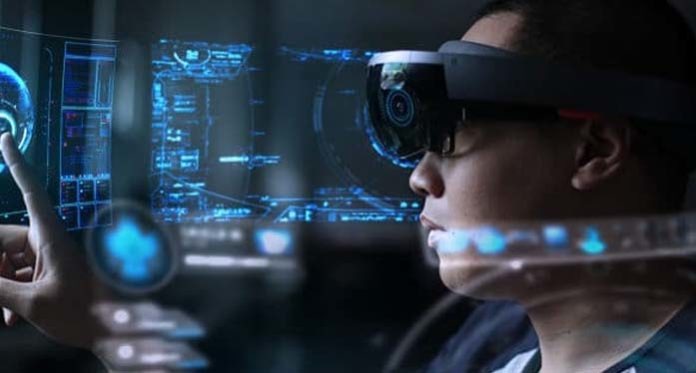 According to PwC, the augmented reality market is set to surpass that of virtual reality in business over the long term. Discover why and how…

This is what predicts Jeremy Dalton, an analyst at PwC, who is helping companies understand immersive technologies and the potential they represent for their industries. To support his analysis, the specialist evokes several cases of use for which the AR may be more relevant than VR…

The virtual reality training are increasingly popular among companies of all industries. It is very easy for a company to create a training simulation to train its employees in all sorts of tasks in a secure virtual environment, rather than having to organize real-world training or send employees to stays dedicated.

However, augmented reality could be even more effective by combining the virtual with the real for formations halfway between theory and practice. It would be for example possible to superimpose virtual instructions to real elements to teach employees to perform manipulations, as proposed for example already Microsoft with his HoloLens headset…

Virtual reality and augmented reality can also be used for the design of products, property or industrial tools. Rather than producing multiple physical prototypes over the weeks, it is possible to design them directly into virtual reality in order to visualize them on a scale.

The cycle of improvements and upgrades can therefore be greatly reduced, and different experts around the world can collaborate on a common project without having to physically meet. Here again, augmented reality could be even more relevant than virtual reality by allowing design to blend into the real world for more realistic visualizations.

As mentioned above, augmented reality can be used to superimpose virtual instructions on the user’s real environment. Through the visor of his augmented reality helmet, the employee will be able to see objects or elements of a highlighted machine in order to know what to repair and how to proceed.

In this sense, it can enable an employee to perform a task more easily and with greater accuracy. In fact, this reduces training requirements for employees. For example, the number of senior engineers required on site is reduced since they can communicate instructions remotely.

In virtual reality, employees of the same company can come together as avatars to communicate or collaborate without having to physically meet.

However, with augmented reality, it is possible to get together in the real work environment (like a meeting room). In addition, rather than having to go through avatars, employees can appear in the form of holograms generated in real time. Again, Microsoft has developed such a technology called Holoportation.

The potential of Augmented Reality in business 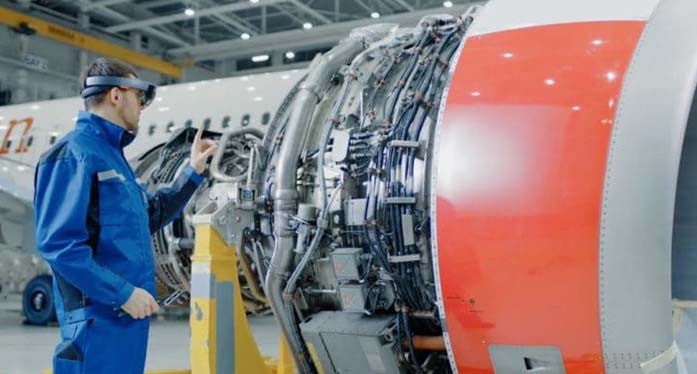 Generally speaking, augmented reality brings the virtual into the real work environment of the company. Thing that does not allow VR. This is an undeniable advantage for professional use cases.

Currently, the adoption of augmented reality in business is limited by the price, the design of the helmets, the difficulty of use and often the lack of knowledge. However, these different barriers will logically be overcome over the coming years…