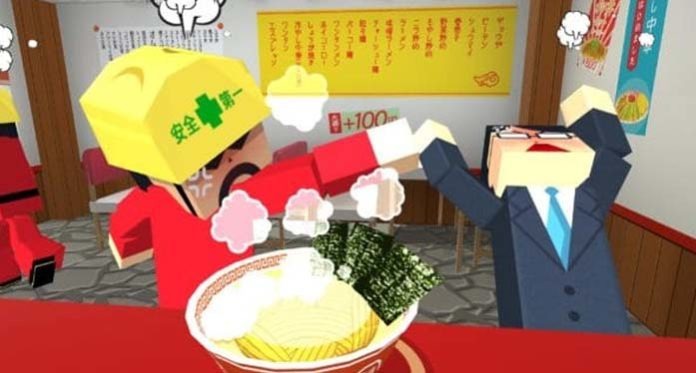 To make you salivate in your virtual reality headset, the editorial staff has decided to serve you the best VR cooking games.

Who has not dreamed of being able to try crazy cooking experiences without taking the risk of losing all your friends? To send utensils in the face of hostile customers (or totally free)? Or just to discover what is the job of a restaurant chef? Thanks to the cooking games, all this is possible. And it’s even better when it’s in VR. All you have to do is put on your headset to hope to become the new Cyril Lignac (or Philippe Etchebest, in a more spicy style). 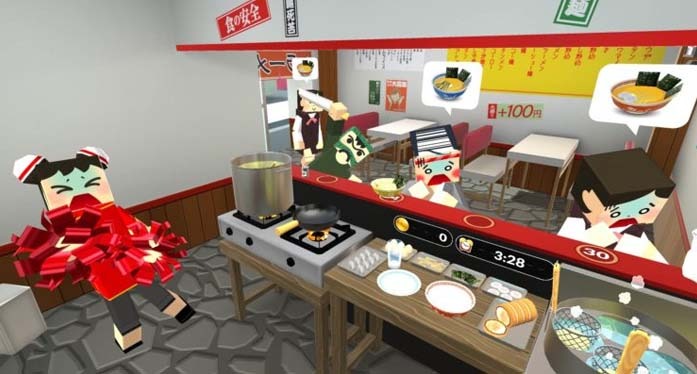 When it comes to pushing the limits of the crazy, the Japanese are never far away. They have once again proved it with the completely barred Counter Fight. As a normal cooking game, this one offers you to serve your customers different local specialties.

But as Japanese games are rarely conventional, the chef you are in will have to repel the robbers who attack you with a knife during your service. Fortunately, throwing them at your best porcelain plate in the face will make them run away. Be careful not to use this method on your customers, because they will leave as early.

Your character has also hired a paid assistant to refuel him as an energy drinker, and your score is good. A completely Japanese delirium, supported by hilarious animations. A delight.

VR The Diner Duo: the VR cooking game in cooperation 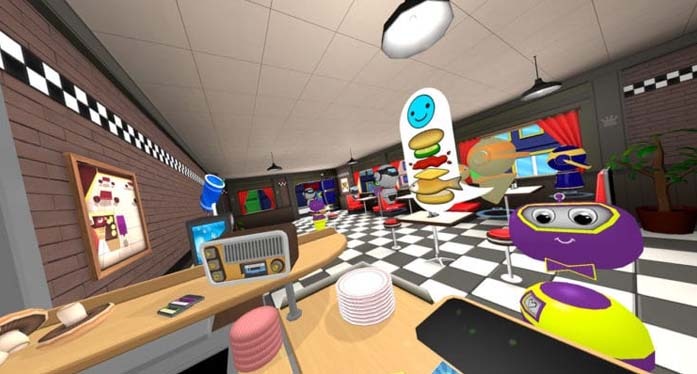 More the merrier, the merrier. This also applies to cooking games, as evidenced by the excellent Overcooked license. VR is no exception to the rule thanks to VR The Diner Duo. The game is playable by two only locally. One embodies the chef and the other the waiter. After fighting with your sidekick to know who would be the slave of the other, the game propels you into a successful US-style fast food.

VR The Diner Duo requires a very good coordination between the two players. The waiter indicates the dishes requested to the chef thanks to the TV and the Dualshock 4. The chef can then prepare the orders thanks to the PS Move and the VR helmet. It is then the player in the room to serve the dishes of his teammate. The intensity goes up and the fun is guaranteed.

The game has about thirty levels and can also be played solo.

Chef U: The VR cooking game with stunning realism 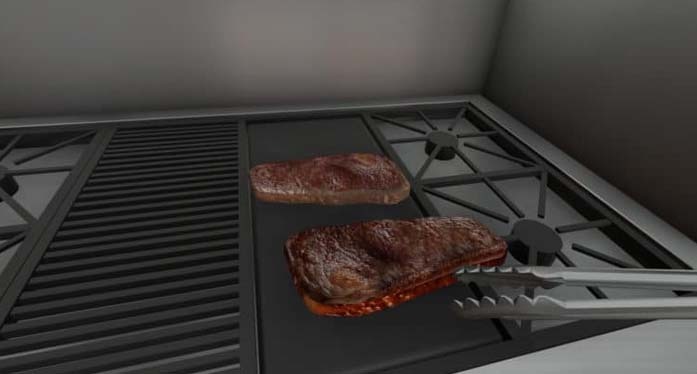 Unlike many VR cooking games, Chef U takes advantage of the simulation rather than the arcade. The game also has the difference of putting you in the role of a star restaurant chef . The experience proposed by Chef U is extremely complete.

You have a wide choice of objects (about sixty) and kitchen tools (a dozen) to make the many recipes available. Some of them are very simple whereas others require a perfect control of the game.

Three game modes are available: Time Trial, Free Mode, and Story Mode, which place you as a leader for a week. The game also offers an online mode. This puts you in front of another player and asks to prepare the requested recipe as soon as possible.

The Cooking Game VR: More than a chef 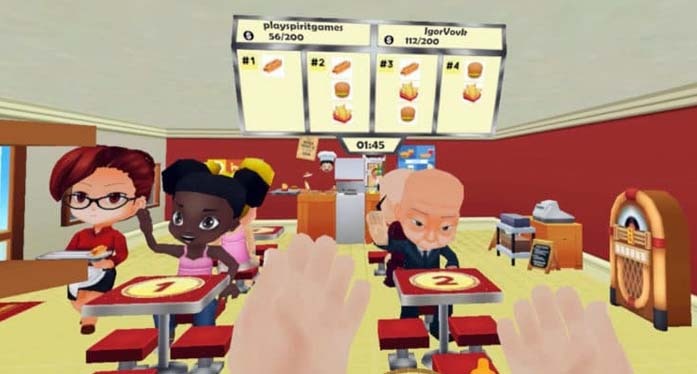 Play Spirit Limited is behind The Cooking Game VR. The cooking game puts you, like many games of the same style, in the shoes of a chef. Except that this time, prepare and serve your dishes will be far from your only tasks.

Indeed, you are also the owner of your establishment. So you have to make your restaurant a profitable place to open other establishments to own your own chain. An ambitious and pleasant experience despite graphics a little sketchy.

The Cooking Game VR is not yet available on PSVR, but is already on Oculus Rift, Oculus Go, HTC Vive and Samsung Gear VR.