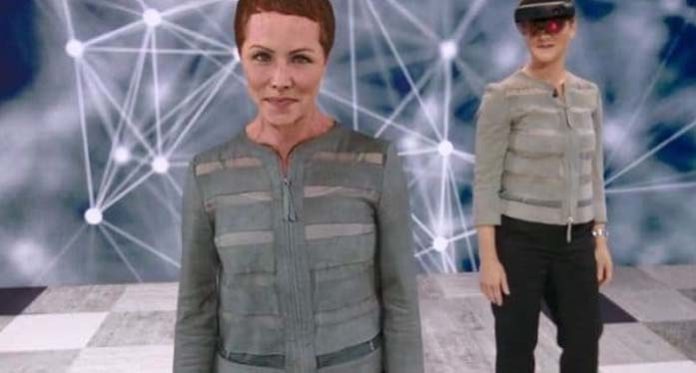 Microsoft has just made a new demonstration of its Holoportation technology. Now, thanks to artificial intelligence, holograms are able to translate an oral speech in real time into a foreign language.

While companies like Niantic, Magic Leap, Apple or Facebook are exploring the possibilities of mixed reality for gaming, this is not the case for Microsoft. Since the first HoloLens, the firm of Redmond focuses on business use cases and especially on collaboration.

In recent years, researchers at the American company have developed a technology called “Holoportation”. This allows a mixed reality headset user to see in 3D and interact with distant people as if they were in the same room.

Different iterations of Holoportation have been presented in the past. At the Inspire / Ready 2018 conference, Microsoft featured a demo of the future of work. We had discovered HoloBeam holographic telepresence technology from Valorem, a partner of the Microsoft Mixed Reality Agency.

This year, again at the Inspire 2019 conference on July 17, Microsoft released a new version of the Holoportation during CEO Satya Nadella’s keynote.

Vice President Azure Corporate, Julia White, donned a HoloLens 2 headset and then produced a life-size hologram for her image. This hologram was able to transcribe his oral speech in real time, translated into Japanese while keeping pace and intonation.

This impressive and promising demonstration is based on the combination of several technologies. In addition to mixed reality, several artificial intelligence technologies from Microsoft’s cloud services have been exploited: Azure speech-to-text, to transcribe an oral speech to audio, and Azure Speech Translation, to translate a speech into a foreign language. These services are based on Natural Language Processing (AI) artificial intelligence technology.

This technology offers many opportunities for the corporate world. It will be possible to collaborate remotely, with foreign language interlocutors, with ease and in an intuitive way. This will greatly simplify cooperation and communication.

However, one can also imagine cases of use for the general public, especially for the mixed reality “social”. In 2017, Microsoft bought the VR AltSpace VR social platform and could integrate its Holoportation technology for more natural exchanges. It would be a way to compete with Facebook and its avatars more and more realistic…