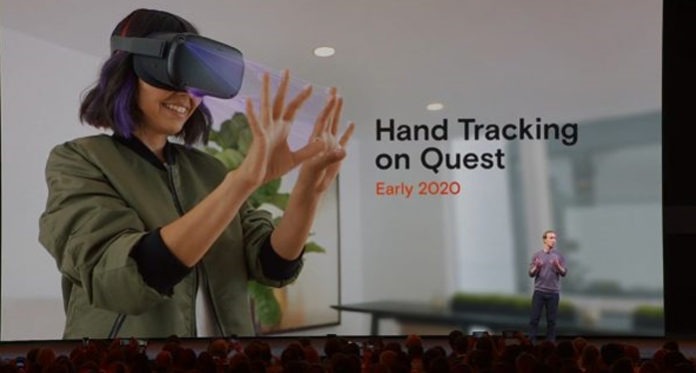 Facebook surprised the Oculus Connect 6 conference by announcing Hand-Tracking for Oculus Quest. Facebook’s VR headset will now allow you to interact directly with your hands, without the need for controllers.

Until now, it was necessary to use Oculus Touch controllers to interact with the virtual reality of the Oculus Quest. However, as part of the conference Oculus Connect 6, Mark Zuckerberg announces that the VR helmet will soon hand-tracking. In other words, the hands of the user will be detected directly by the cameras integrated into the headset without the need to hold a third party accessory.

This is a real breakthrough for virtual reality. From now on, it will be possible to use one’s hands in a totally natural and intuitive way, without even wearing gloves. The immersion sensation will be greatly enhanced and the possibilities multiplied. This feature will be available in the course of the year 2020.

As Mark Zuckerberg pointed out, VR has changed a lot since the launch of the first headsets in 2016. Three years ago, it was necessary to have a powerful PC and to have sensors in his living room to be able to dive into the VR. Controllers were required to interact in this virtual world. Now, a simple helmet is enough. 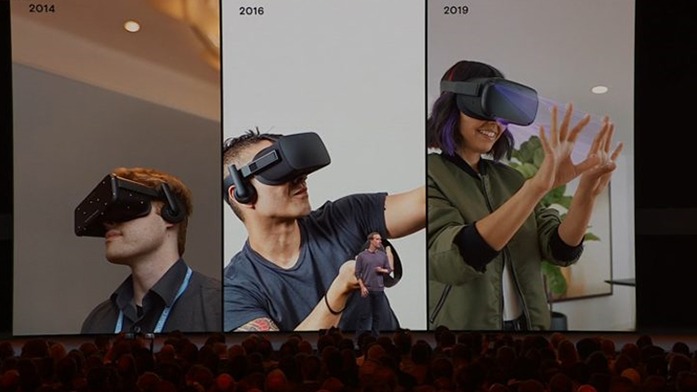 Facebook wants to allow you to interact in VR by thinking

This is just the beginning, according to the CEO of Facebook, who came back on the acquisition of the startup CTRL-Labs during the keynote. According to him, a bracelet to control VR by thought is the next step in the evolution of virtual reality…

Facebook has also announced Oculus Link, which will allow from November 2019 to connect an Oculus Quest to a PC gaming. If the computer is powerful enough, it will be possible to play all games in the Oculus Rift catalog. To sum up, as Mark Zuckerberg says, the Quest will also be a Rift…