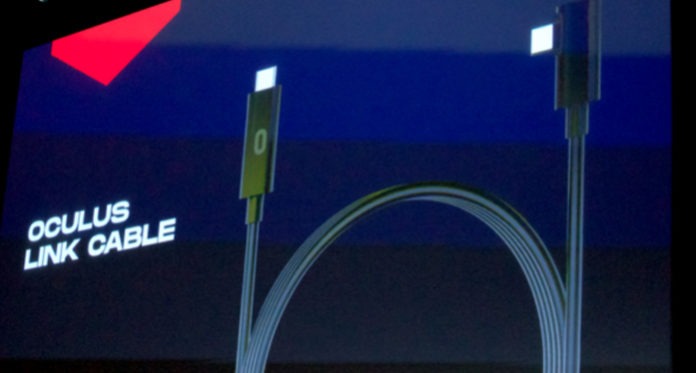 The Oculus Link cable for playing games from the Rift catalog on the Quest standalone headset is now available in beta. All you need to know about the device.

The Oculus Quest is a very interesting autonomous virtual reality headset. However, because of its limited computing capacity, the games that can be played on them are also somewhat limited in comparison to the games available on the Rift which has the computing power of a beefy PC.

The idea of ​​a cable and software to connect the standalone headset to a PC and therefore enjoy the Oculus Rift games catalog is very attractive. Here’s what you need to know in order to enjoy this installation.

What is Oculus Link?

Oculus Link is a software update for Oculus Quest that will allow Quest owners with a “VR Ready” PC to use their Quest as a Rift via cable. As Facebook CEO Mark Zuckerberg said during the Oculus Connect 6 speech, “this means that, starting in November, when we send you this update, your Quest is now also a Rift “. So you should be able to play processor-intensive graphics and Rift games like Asgard’s Wrath and Stormland with a Quest via Oculus Link, as well as Rift access services such as Oculus Home and Oculus Dash.

For those unfamiliar with Facebook’s virtual reality efforts, the company essentially operates two VR platforms. One runs on powerful Windows PCs and the other is a standalone platform based on Android. Oculus Rift released in 2016 and Oculus Rift S released this year run on high-end (and expensive) PCs with powerful NVIDIA, AMD and Intel processors. The 2018 Oculus Go and the 2019 Oculus Quest are stand-alone systems that integrate processors and the battery into the headset.

Oculus Link essentially connects these two systems. For owners of a compatible PC and a Quest, this is a new mode for the Oculus Quest that turns it into a kind of Oculus Rift Q.

When will it be launched? 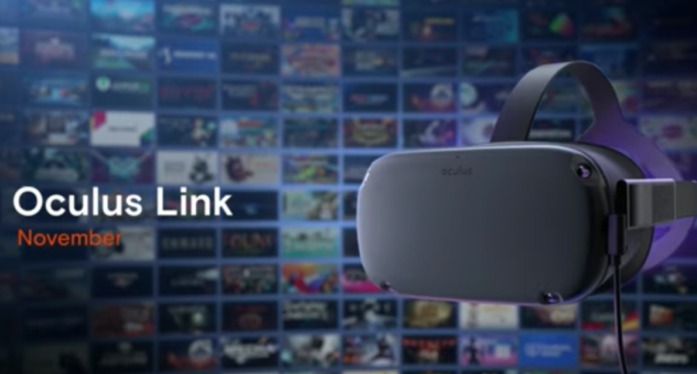 The beta version of Oculus Link is available now. However, not all computers will be compatible with the device, and Quest and Oculus PC App software must be up to date on versions 11.0 or higher and 1.44 respectively. Regarding the exact time of today’s beta release, Facebook said, “Once the updates are released for all customers, we will begin deploying the remote rendering feature enabled by Oculus Link ” . A full version for Oculus Link will come after the beta, with wider compatibility for different systems and GPUs.

PC configuration required to take advantage of the system

Oculus Link ensures that the Quest behaves as if it were an Oculus Rift Q. This means above all that your computer will have to have specifications that make it ready to work with PC VR games. The required specifications can be quite strict. At launch, however, this beta version only supports some GPUs. The NVIDIA Titan X and all NVIDIA GTX 1070, 1080 and 16 cards are supported. Likewise, all new NVIDIA RTX Series 20 cards are also supported.

No AMD graphics processor is currently supported, but Oculus ensures “currently working directly with AMD to support as many cards as possible before the beta release, and we expect to add support for some cards during the beta version. You will also need to run Windows 10, have at least 8 GB of RAM, an available USB 3.0 port and, in terms of processor, an Intel i5-4590 / AMD Ryzen 5 1500X or higher.

In addition to a computer capable of handling PC VR games, for Oculus Link, you will also need a cord to attach your Quest to your PC. Oculus plans to release its own official cable, a thin and flexible fiber optic cable 5 meters long. It is planned to offer consistent performance and, in some cases, charging your Quest while you play Rift games via Link, to prevent the Quest’s battery from running out during your gaming session.

According to Mark Zuckerberg, at the Oculus Connect 6 conference, the official Oculus Link cable “will maximize the throughput, it will load your Quest if your PC also supports it  “. However, the official Oculus Link cable has no set release date and is not released today next to the November beta. It will be available for online purchase in limited quantities “later this year “. This means that if you want to use Oculus Link in beta from today, you need to have your own cord.

For the beta version of Oculus Quest, you’ll need a USB 3.0 cable (C to C or A to C) to connect your Quest to your PC. Facebook recommends that users verify that they use “a high quality USB 3.0 cable that can support data and power.” Facebook specifically suggested a $13 cable as ” recommended option for the beta, and they tested the cable with good results.” 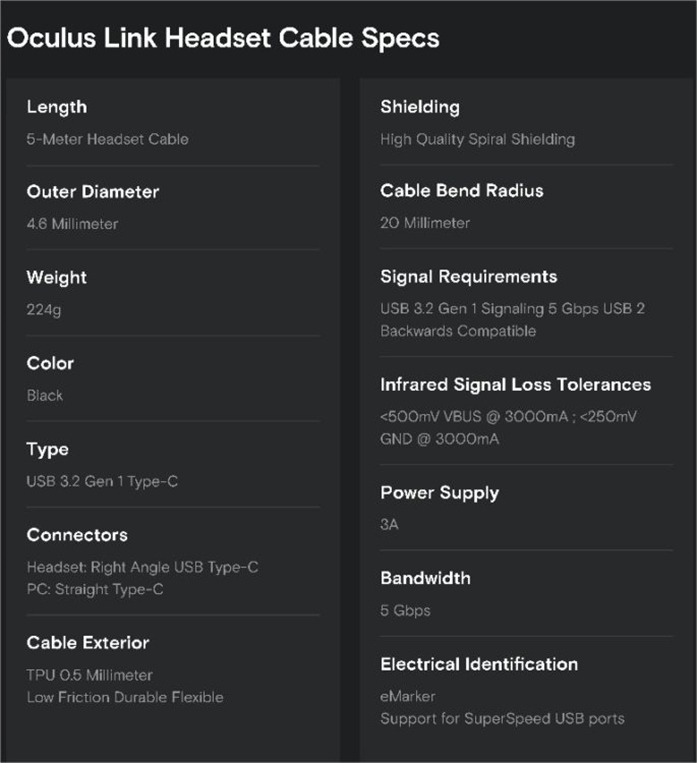 Your Oculus Quest will need to be updated to version 11.0 or later. You can check the version of your firmware and try to force the download of an update in the Settings tab of your Quest. The Oculus PC application must be installed for Oculus Link and updated to version 1.44 at least. If your Oculus application does not seem to update to version 1.44 and is still on version 1.43, you can try to access the settings and choose Public Test Channel (PTC) versions. If you have already opted for the CTP, try turning it off and on again. Some users indicate that this sometimes forces the Oculus application to update to version 1.44, even though it is not a version of PTC. You can disable PTC versions after downloading the update.

How to launch Oculus Link on the Quest and on PC

Facebook has provided the following instructions to start using Oculus Link with your Quest:

With what games and services will it work?

Mentioned above, you can play games and Rift access services such as Home and Oculus Oculus Dash. During a panel at the Oculus Link Oculus Connect, a main slide indicated that Link would allow you to read the “majority of the Rift library” on Quest. Facebook told us that developers will be able to opt out of Oculus Link support if they wish.

Regarding compatibility with Steam VR, Facebook’s response is: “Yes. When you connect your Quest to your PC with Oculus Link, you can use the headset the same way you do with Rift.