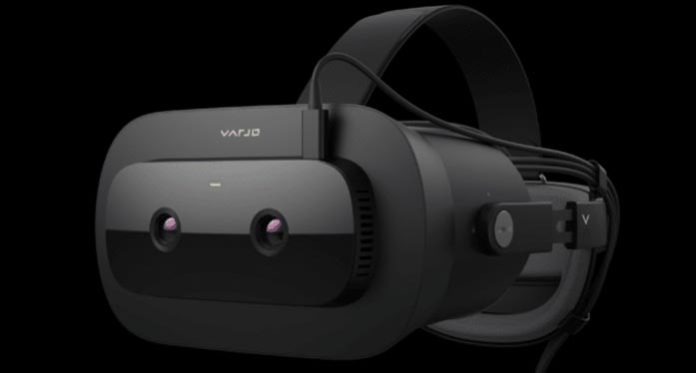 The Varjo XR-1 is an augmented reality headset by Varjo, the creator of the $ 6000-priced XR-1 virtual reality headset. This new device offers such a quality of image that it is impossible to distinguish the virtual from the real…

Since the beginning of 2019, Varjo has dominated the market for virtual reality headsets in terms of performance with its VR-1 headset priced at $6,000. As part of the Augmented World Expo in Santa Clara, the company has now announced its mixed reality headset: the XR-1 Developer Edition.

This new device offers augmented reality features, with the ambition of making the virtual indistinguishable from reality. For example, users will be able to design virtual objects or environments while still being able to visualize the real world.

According to Varjo, the XR-1 is the only AR headset in the world capable of delivering photorealistic image quality. To achieve this, this unit combines the VR-1’s high-definition display with two 12-megapixel front-facing cameras. The latter are hiring themselves to digitize the real world and then project computer-generated graphics with bluffing fidelity.

The shadows are realistic, as well as the brightness that changes depending on the actual lighting. The blacks are deep, the solid objects appear opaque, and the transparent objects send the light of the real world behind them.

In addition, an integrated eye-tracking feature makes it impossible to distinguish AR elements from the real objects perceived by the user through glasses. This is a major advantage over Microsoft HoloLens, which simply projects transparent objects into the user’s field of vision.

Attracted by this headset, car manufacturer Volvo has entered into a partnership with Varjo. The firm plans to use this technology to improve the design of its vehicles.

Indeed, thanks to this equipment, engineers can now test virtual car designs directly on the road in the real world. For example, Volvo Cars has been using XR-1 prototypes since the summer of 2018 and its engineers have driven cars in the real world while wearing the headset.

This allows them, for example, to add virtual elements during the “test drive” to test changes such as new items added to the dashboard or changes to the windshield. It’s even possible to add virtual cars or terrain crashes for more realism.

According to Volvo, the XR-1 has accelerated testing and increased the safety of new vehicles. It is indeed possible to evaluate the design of automobiles and the technologies they embark from the beginning of the design process.

For now, it is unclear on what date and at what price the XR-1 will be proposed. However, its price is likely to be just as high as that of the VR-1 and make it a product reserved for professionals. For more information, visit the official website of Varjo at this address.