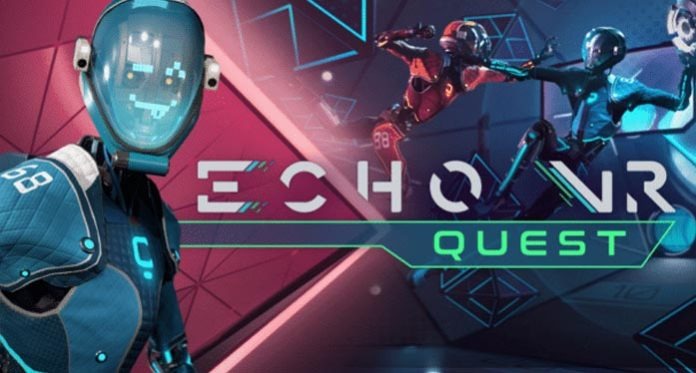 Echo Arena, one of the best multiplayer games in virtual reality, will be launched on Oculus Quest. The news was announced by the developer Ready at Dawn as part of the E3 2019.

Launched in 2017, Echo Arena is without a doubt one of the best multiplayer games in virtual reality. This game is fun, accessible, technical and has great replayability.

Two teams compete in an arena devoid of gravity. In the middle of the field is a disc. The goal is to grab this disc and throw it into the opponent’s goal. Packed with jet packs, players can propel each other, bounce against walls, pass, knock out opponents and more.

Echo Arena focused on Oculus Quest “in all its splendor”

On the occasion of the E3 2019 in Los Angeles, Ready at Dawn announces the full port of Echo Arena on Oculus Quest “in all its splendor”. We can understand by this that it is not a downward version of the game previously available exclusively on Oculus Rift.

This is great news for the Oculus Quest, whose catalog of games already well supplied comes to expand a real gaming nugget. If you were not yet convinced by the Quest, this game can justify itself the purchase of the autonomous VR headset as it promises many hours of entertainment…

In parallel, the Ready at Dawn studio also took advantage of the E3 to unveil a little more about Lone Echo II. This is the sequel to the adventure game Lone Echo, taking place in the same universe as Echo Arena. This second installment will continue to explore the relationship between Liv and artificial intelligence Jack.