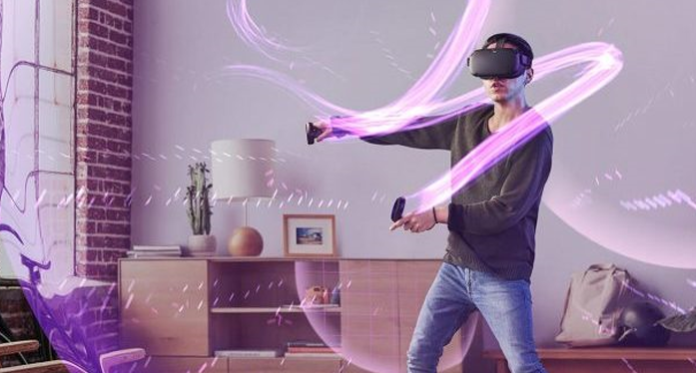 The Oculus Quest will be much more powerful than the Oculus Go, according to Chris Pruett, Director of the Oculus Ecosystem. In addition to shipping more powerful chips, the new VR headset benefits from a more efficient cooling system.

While the Oculus Quest is expected to launch in the next few weeks, Oculus Ecosystem Manager Chris Pruett has taken the time to answer questions from the public on the company’s official forum. According to him, the Oculus Quest will be “much more powerful” than the Oculus Go in terms of CPU and GPU.

Recall that the Quest ships a Snapdragon 835, while the Oculus Go is satisfied with a Snapdragon 821. The SD835 is about 30% more powerful than the SD821, or can offer a similar level of performance by consuming 40% less energy.

Not only are the chips in this headset more powerful than those in the Go, but the design and architecture of rendering have been optimized for maximum performance. Thus, a particular care was brought to the cooling system.

While the Oculus Go is satisfied with a heat pipe and a metal facade, the Quest also has an active fan . In fact, the headset can be used for consecutive hours without the performance decreases to avoid overheating. Because the clock speed is higher, the Quest should also deliver more complex and detailed graphics than the Go.

In addition, Chriss Pruett said that the Quest 6DoF traking and its controllers will not affect performance . The games available on Oculus Go will be able to be ported to the Quest without any problem of loss of performance, despite the additional complexity brought by the tracking of six-degree movements.

The reason is that tracking is not based on the CPU but on the Hexagon digital signal processor. It is a dedicated chip designed specifically for image processing and sensors. These are the chips that allow smartphones to improve the photos taken by their cameras.

The commercial strategy of Facebook seems to be confirmed. If the Oculus Go was designed to introduce the general public into virtual reality, the Oculus Quest seems more geared to gamers. Indeed, the 6DoF tracking, the controllers, and the computing power are what the Go lacks to make a headset adapted to VR Gaming. With Quest, users will be able to experience the Rift’s low-cost video game experience at a lower cost ($400) and standalone.

Moreover, a post posted on the blog of Facebook reveals that the games on the Oculus Quest will be handpicked, with a selection system stricter than for other headsets . Developers will therefore need to provide a concept document as early as possible in their game development cycle for review. If the concept is approved by Oculus, developers will receive direct support and resources to create an experience of the highest quality.

Hard to predict if this product will hit its target, but Quest is likely to have a commercial success even surpassing that of the Go. As a reminder, the launch of the Quest is expected for GDC 2019 to be held from March 18 to 22, 2019.