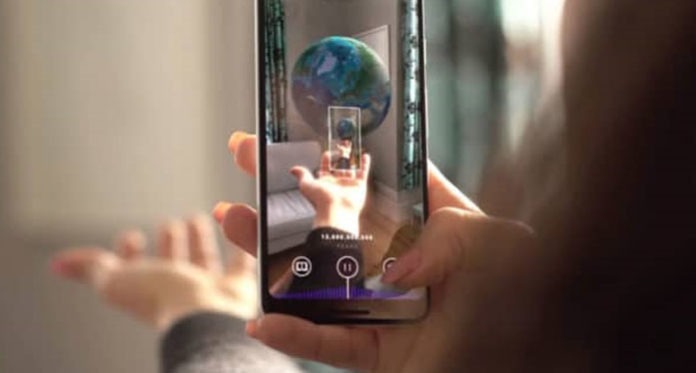 Augmented reality on smartphone offers many possibilities. Discover 7 ways to use this technology on your mobile device, which can be useful to you every day…

At present, augmented reality remains unknown to the general public. Apart from some applications like the Pokémon Go game or the famous dog ear filters on Snapchat, the possibilities offered by this technology remain enigmatic for many individuals.

Many companies as well as independent developers are actively working to push the boundaries of the AR, and are constantly imagining innovative applications. Discover 7 useful and smart ways to use augmented reality on your mobile device.

Augmented reality on smartphone to measure

With augmented reality, you do not need a tape measure or rule. You can easily measure the height, size, width or volume directly on your smartphone screen. Whether it’s a tree or a table, everything can be measured via the various existing AR tools.

Apple and Google have both developed such apps for iOS and Android. The Apple Measure app comes with iOS, while Google Measure is included with all ARCore compatible Android smartphones.

In both cases, the operation is intuitive. Just use the “plus” icon to place a starting point, move the smartphone to draw a straight line and then press the icon again to place an end point. The measurement is then performed automatically.

Augmented reality on smartphone to decorate your home

In the past, the decoration of a home necessarily involved a part of risk. It was impossible to know in advance whether a paint color would marry really well with the furniture, or whether a new piece of furniture would fit well into the decor.

Fortunately, thanks to augmented reality, this problem is now solved. This technology allows you to check in advance if a piece of furniture is suitable for your home, or what your wall will look like after repainting in a new color.

The Ikea Place app for Android and iOS allows you to place a virtual representation of a piece of furniture in a room of your choice in your home. If you are satisfied with the rendering, you can go directly to the purchase via the app. Otherwise, you will save your money and the time needed to assemble the Scandinavian furniture.

For its part, the ColorSnap Visualizer application for Android and iOS offers an “Instant Paint” feature. This shows what the walls of your home will look like if you paint them in different colors.

Augmented reality is also a great way to gain new knowledge. For example, the Human Anatomy Atlas app for Android and iOS lets you explore the human body in great detail like never before.

For its part, the application Big Bang AR offers you to visualize the birth of the universe in augmented reality. You are free to observe each cosmic element from every angle via the camera of your smartphone. You can also interact with these different elements, for example by rotating the planets or connecting the atoms between them. Educational applications in augmented reality are growing in number, and truly represent a new medium for learning.

GPS navigation apps for smartphones are very useful for locating in space and reaching one’s destination via the shortest route. However, the aerial view they offer is not always ideal. For example, it is sometimes difficult to know which way to go between three similar ways or to know in which direction to move at the exit of the subway.

Augmented reality helps correct these weaknesses. Recently, the Google Maps application has been enriched with a new AR mode for pedestrians. This mode allows you to superimpose the arrows indicating the direction to follow directly on the real environment filmed by the camera of the smartphone. The names of the streets also float in the air, and the door you seek is precisely indicated. It becomes impossible to be wrong.

For its part, the ViewRanger application for iOS and Android is dedicated to hikers. It identifies each peak of a mountain range very easily, simply pointing the smartphone’s camera in its direction.

With augmented reality, no need to draw on walls, canvases or white sheets. You can now use the real world to unleash your creativity.

For example, the Just a Line app for iOS and Android lets you draw everything you want on real-world images shot by the camera on your smartphone. Once the drawing is complete, you can observe it from all angles by moving around and even sharing it with other users.

For its part, the Inkhunter application allows you to apply virtual tattoos on your skin. This will allow you to visualize in advance what the tattoo of your choice will look like once on your body, and possibly give up if the rendering does not suit you.

Augmented reality on smartphone to communicate

All major social networks are very interested in augmented reality and the possibilities it offers for communication. The Facebook Messenger, Instagram or Snapchat apps all offer AR features to make conversations with friends much more fun.

Snapchat was the first social network to introduce augmented reality features. When the user composes a snap, all he has to do is press the emoji button at the bottom of the screen to choose virtual objects to integrate into the real-world images he is filming with his smartphone. It is possible to choose filters and effects to add on his face to make himself famous, or elements to decorate some of the most famous monuments in the world such as the Eiffel Tower.

For its part, Instagram also offers many filters in augmented reality allowing users to disguise themselves in their “Stories”. Different users of the social network can create their own filters and share them with the community.

Augmented reality on smartphone for gaming

Of course, augmented reality also offers new perspectives for video games. Since the success of Pokémon Go, many developers are looking to take advantage of this technology to offer new experiences that combine the real world and the virtual world.

A large number of augmented reality games are based on the Pokémon Go principle. The user has to move around the real world to move on the game map, and virtual elements are superimposed on the images of his real environment on the map smartphone screen. Examples include AR games from Walking Dead franchises, Ghostbusters, Jurassic World, Dragon Quest, and Olive and Tom. The creator of Pokémon Go, Niantic, develops himself several augmented reality games including Harry Potter Wizards Unite or Ingress Prime.

However, other augmented reality games offer different gameplays. This is the case of Knightfall, a tower defense type game whose different elements are placed directly on the table of the user or on any flat surface of his choice. In the future, as technology continues to evolve, developers around the world will come up with new augmented reality game concepts for gamers to enjoy…

As you can see, augmented reality on the smartphone offers many possibilities and is much more than a simple “gadget” technology or purely playful. However, this is only a prelude while waiting for the real growth of augmented reality to begin with the expected democratization of AR glasses…