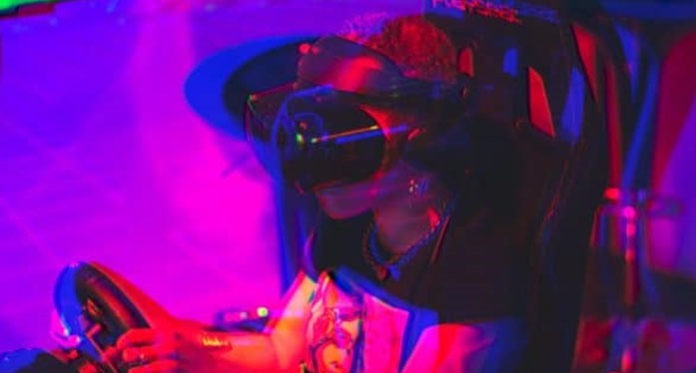 Virtual reality has never been more popular, thanks to the success of the new VR Oculus Rift S and Valve Index headsets. This is revealed in the Hardware Steam Survey of August 2019.

According to the Hardware Steam Survey of August 2019, virtual reality has never been more popular among Steam users. A total of 1.04% of platform users own a VR headset.

This percentage may seem small, but it still represents a colossal number since Steam cumulates 90 million users per month. If we look at the results of the survey in detail, this growth seems mainly driven by the success of the Oculus Rift S and Valve Index.

Steam: the Valve Index and the Oculus Rift S stimulate the adoption of VR 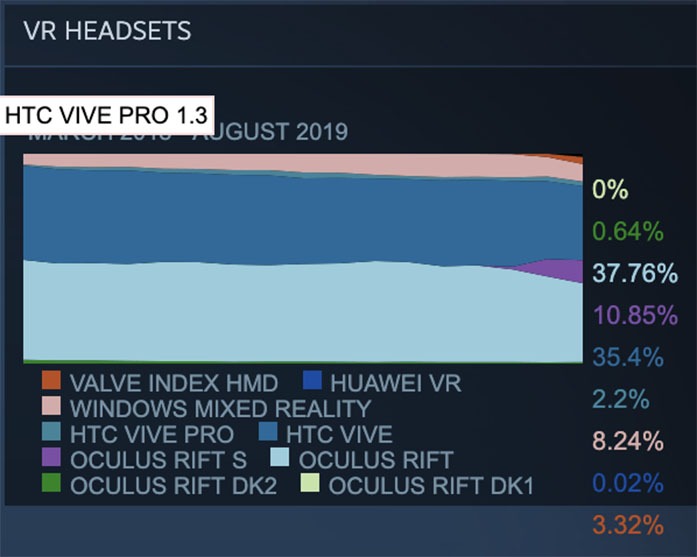 Indeed, the Oculus Rift S now represents 11% of the VR headsets used on Steam. It is only a matter of time that it is possible to accumulate 8% of the number of Steam users. A remarkable feat, knowing that the Rift S is only available since May 2019 while Windows MR headsets have been on the market for almost two years and have been the subject of many successive price cuts.

For its part, the Valve Index rose from 1.5% of total users in July 2019 to 3.3% in August 2019. Despite Valve’s initial difficulties in meeting strong demand, this new high-end VR headset seems to be a hit among virtual reality fans. In turn, it could soon surpass Windows Mixed Reality headsets. 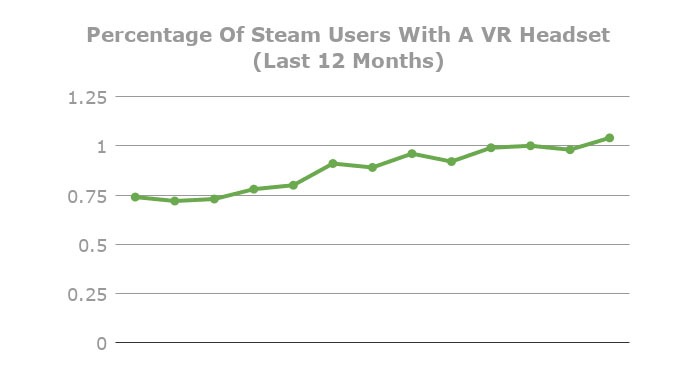 The virtual reality is still far from being democratized, but we see that the industry is on track. With technological improvements and price reductions, this immersive technology should continue to gain ground…