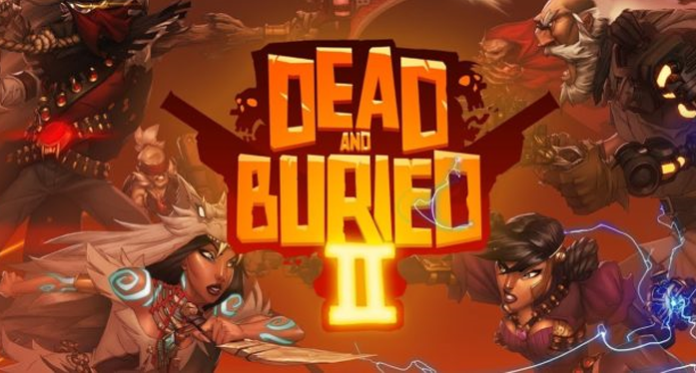 Dead and Buried 2 has just been announced by Facebook at GDC 2019. This is a sequel to the famous Dead and Buried FPS, which will be available in spring 2019 on Oculus Quest and Rift S.

If you own an Oculus Rift, an Oculus Go or even a Samsung Gear VR, you’ve probably played Dead & Buried. Initially offered on Rift with the Oculus Touch controllers, this excellent first-person shooter game offers players the chance to battle each other through cowboy duels or hordes of undead.

Until then, nothing very original. However, D & B has distinguished itself by its quality graphics, fun game-play and more generally by its very pleasant atmosphere. Fun and accessible, it is still today one of the best multiplayer VR games across all platforms.

As part of the GDC 2019, Facebook has just announced the rest of this first opus: Dead and Buried 2. Little details have been revealed on this second part for now, but we already know that it will now be possible to move freely within virtual environments. In the first game, the movements were limited to teleportation’s on predefined points of the map.

Just like the first Dead and Buried, the game is developed in-house by the Facebook team Oculus Strike Team. On the other hand, it is unclear whether the developer Gunfire Games, who contributed to the first project, is back in the game.

Dead and Buried 2 will be available in spring 2019 on Oculus Quest, and Oculus Rift S. The American website UploadVR has made a short video comparing the two versions of the game. Note that it will be sufficient to buy the game once to play on Rift S and Quest, and that Rift S players can play with Quest players.