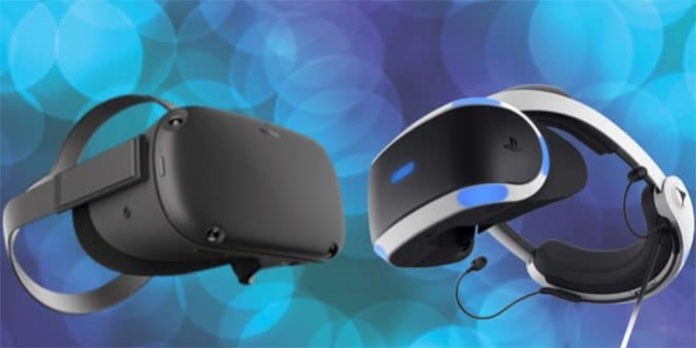 While Sony has dominated the VR headset market so far, Facebook is experiencing unrestrained growth thanks to its Oculus Quest and could quickly surpass its Japanese competitor…

So far, since the first generation of VR headsets in 2016, the virtual reality market was largely dominated by Sony with its triumphant PSVR. However, by the end of 2020, Facebook may well experience a meteoric rise and become the new industry leader in terms of sales. 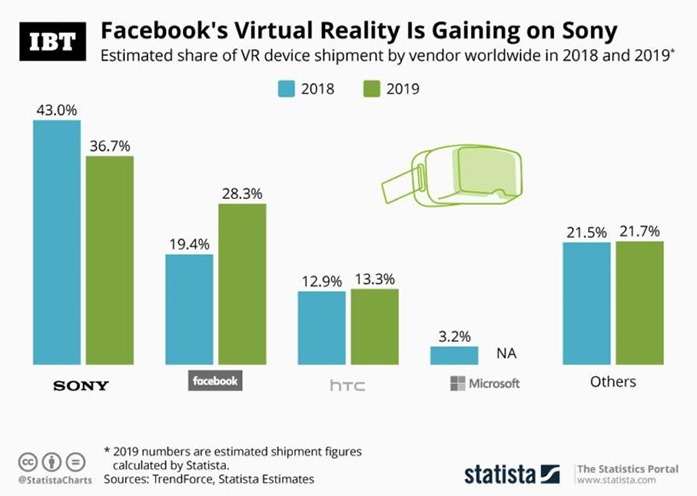 Clearly, Facebook’s impressive growth is tied to the success of the Oculus Quest. This VR helmet launched in May 2019 marks a major evolution since it operates autonomously, without PC or tracking sensors. In addition, during the Oculus Connect 6, Facebook announced that it would soon be possible to use without controllers through hand-tracking and connect to a PC via a cable to enjoy the catalog of the Rift.

The PlayStation VR, getting older, suffers the comparison. Already when it was released, this VR headset offered controllers and a tracking system significantly lower than those of the Oculus Rift or HTC Vive. Faced with the Quest, its dependence on PS4 and cumbersome cabling are also weaknesses.

When a powerful PC was required to enjoy Rift or Vive, accessibility was the main strength of the PSVR since many players already had a PS4. Now, Quest is cheaper than buying a PS4 and a PSVR.

The only advantage of the PSVR is now its catalog of games, certainly loaded with nuggets. Nevertheless, Facebook will dominate the market largely if it continues to gain ground in 2020. The Zuckerberg firm has announced the launch of its virtual world “Horizon” for 2020, and seems well engaged to continue its conquest.

To resume its leadership role, Sony has no choice but to release a PSVR 2 by 2020. This is however not in his plans since the manufacturer has already announced that the PSVR 2 would come out some time after the PS5. Anyway, to compete with the Quest, it seems necessary that Sony offers a standalone VR headset and at least as advanced as that of Facebook in terms of features…