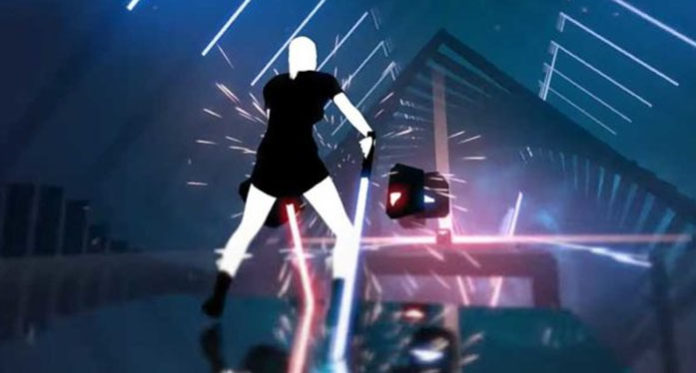 On PlayStation VR, Beat Saber is the most downloaded game in April 2019. For the sixth consecutive month, like every month since its launch, the Beat Games virtual reality rhythm game is at the top of the rankings.

After winning the hearts of the players on Oculus Rift and HTC Vive, the excellent game VR Beat Saber was launched on PlayStation VR in November 2018.

The owners of PS4 have warmly welcomed him: in less than two months, the title of Beat Games reached the second highest ranking of the most downloaded PSVR games in 2018. Only Job Simulator, the famous game of Owlchemy Labs launched in 2016, managed to maintain the first place against the Beat Saber Tsunami.

However, from the beginning of 2019, Job Simulator was dethroned by Beat Saber. For six consecutive months now, the virtual reality rhythm game has been in the top spot. He remains on the first place of the podium since its launch. This is confirmed by Sony, which has just unveiled the ranking of the most downloaded PSVR games on the PS Store for April 2019:

The lasting success of Beat Saber can be explained, in part, by the recent launch of the DLC “Monstercat Music Pack Vol.1” featuring new songs. In comparison, the other top 10 games have remained unchanged since their launch. Anyway, even without this DLC, the simplicity and efficiency of Beat Saber is enough to preserve the appeal of this game in the long run.

As a reminder, Beat Saber will also be part of the launch lineup for Oculus Quest, Facebook’s new standalone VR headset. Again, it is likely that the title is quickly established as the biggest success of the catalog of this new device. 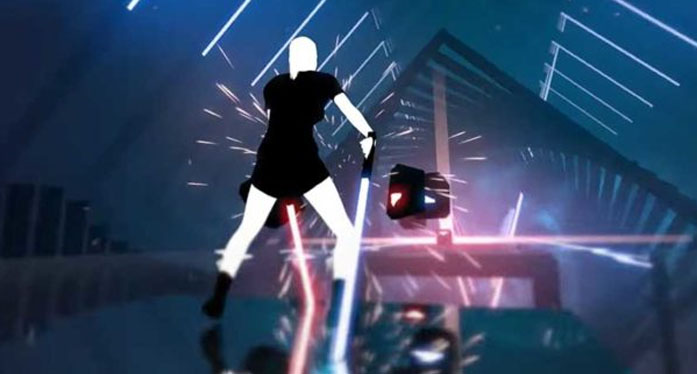